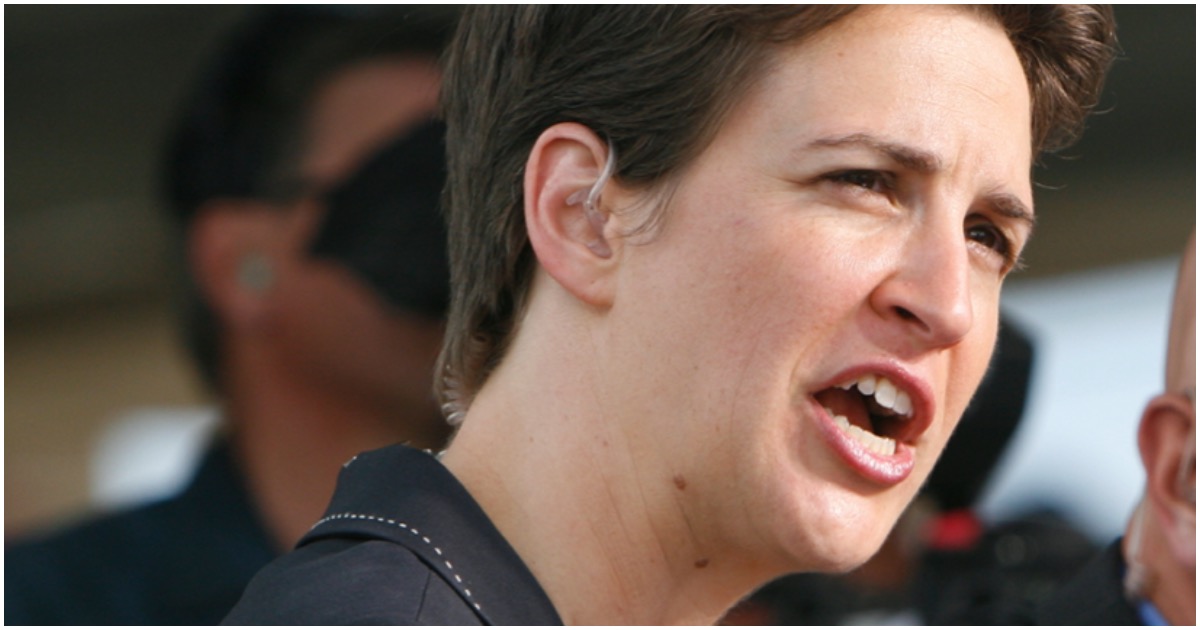 The following article, Maddow Tells Viewers That USNS Comfort Wouldn’t Be In NYC ‘For Weeks’ – Then It Appears (Watch), was first published on Flag And Cross.

MSNBC’s Rachel Maddow does a fantastic job at keeping her viewers in the dark. It’s as if she knows her audience is a bunch of know-nothings, so she has nothing to lose by constantly lying to them.

They’ll believe anything she says.

For example, on March 20, Maddow said the Comfort and/or Mercy wouldn’t arrive in New York “for weeks yet,” despite President Trump’s insistence that the hospital ships would soon arrive.

The Church of the Holy Sepulchre in #Jerusalem is closed due to Coronavirus. #Israel

The last time it was closed was in 1349 during the Black Plague. pic.twitter.com/vWzMOarxou

And we need banks & other lenders to agree to fully participate. #BelieveWeWillWin pic.twitter.com/rhkXlQWB5u

MyPillow Guy In The Rose Garden:

"God gave us grace on November 8, 2016, to change the course we were on. God had been taken out of our schools & lives, a nation had turned its back on God. I encourage you to use this time at home to get back in the word. Read our Bibles…" pic.twitter.com/RvvCFlotaG

Nancy Pelosi and the Democrats delayed the Workers Help/Stimulus Bill by over a week, trying to add real “junk” into the Bill. Got some bad things, having nothing to do with those affected by the Virus, included. Republicans need their votes until we WIN BACK THE HOUSE IN 2020!

Once again, New Yorkers come together for the brave doctors, nurses and healthcare workers pic.twitter.com/o80doBj4Vq

EVERY TIME YOU MAKE IT TO THE GROCERY STORE & BACK WITHOUT GETTING COUGHED ON pic.twitter.com/FNeAAGKIR0

Maddow is everything currently wrong with America.

That’s not hyperbole. She actually appeared to cry.

Continue reading: Maddow Tells Viewers That USNS Comfort Wouldn’t Be In NYC ‘For Weeks’ – Then It Appears (Watch) ...