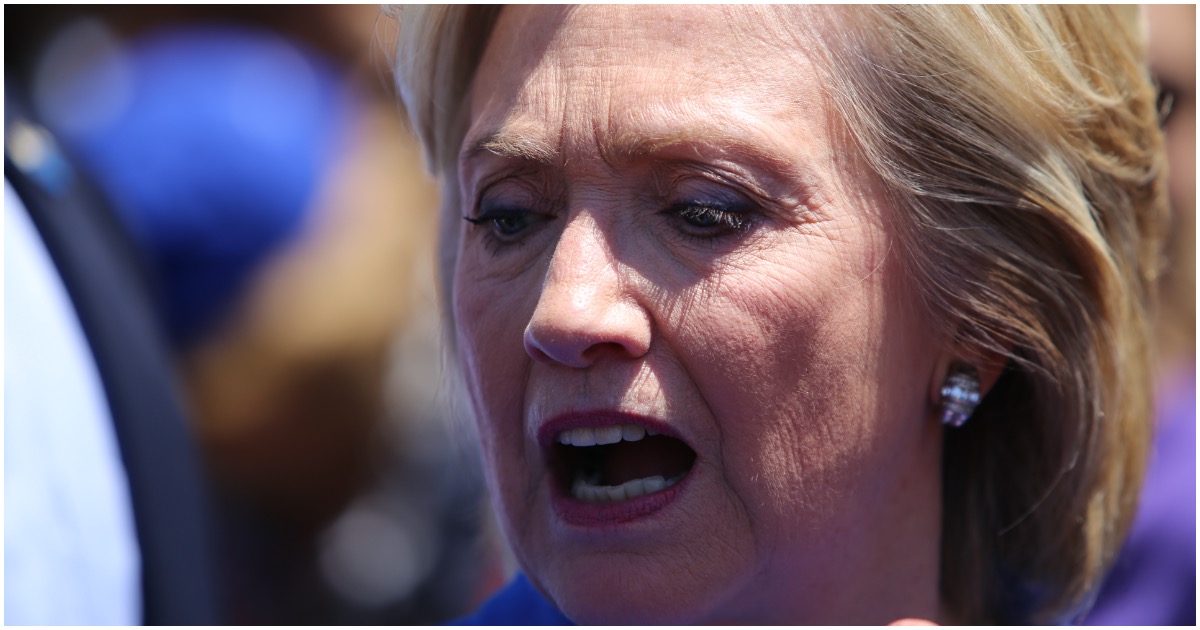 Hillary Clinton remains committed to smacking down President Trump at every opportunity, setting a bad example for her uninformed followers. It is certainly a sad sight.

On Friday, the twice-failed presidential candidate may have hit a new low.

Here’s Hillary’s tweet, where she basically grins after learning that America now leads the world in confirmed coronavirus cases – if you believe China is reporting their numbers accurately…

He did promise "America First." https://t.co/bzks3hqCUE

A month ago, Trump said: “It’s going to disappear. One day, it’s like a miracle, it will disappear.”

What will it take to get @realdonaldtrump to listen to experts instead of his own hunches?

Earlier this week, Clinton also called out Trump, tweeting, “Please do not take medical advice from a man who looked directly at a solar eclipse.” 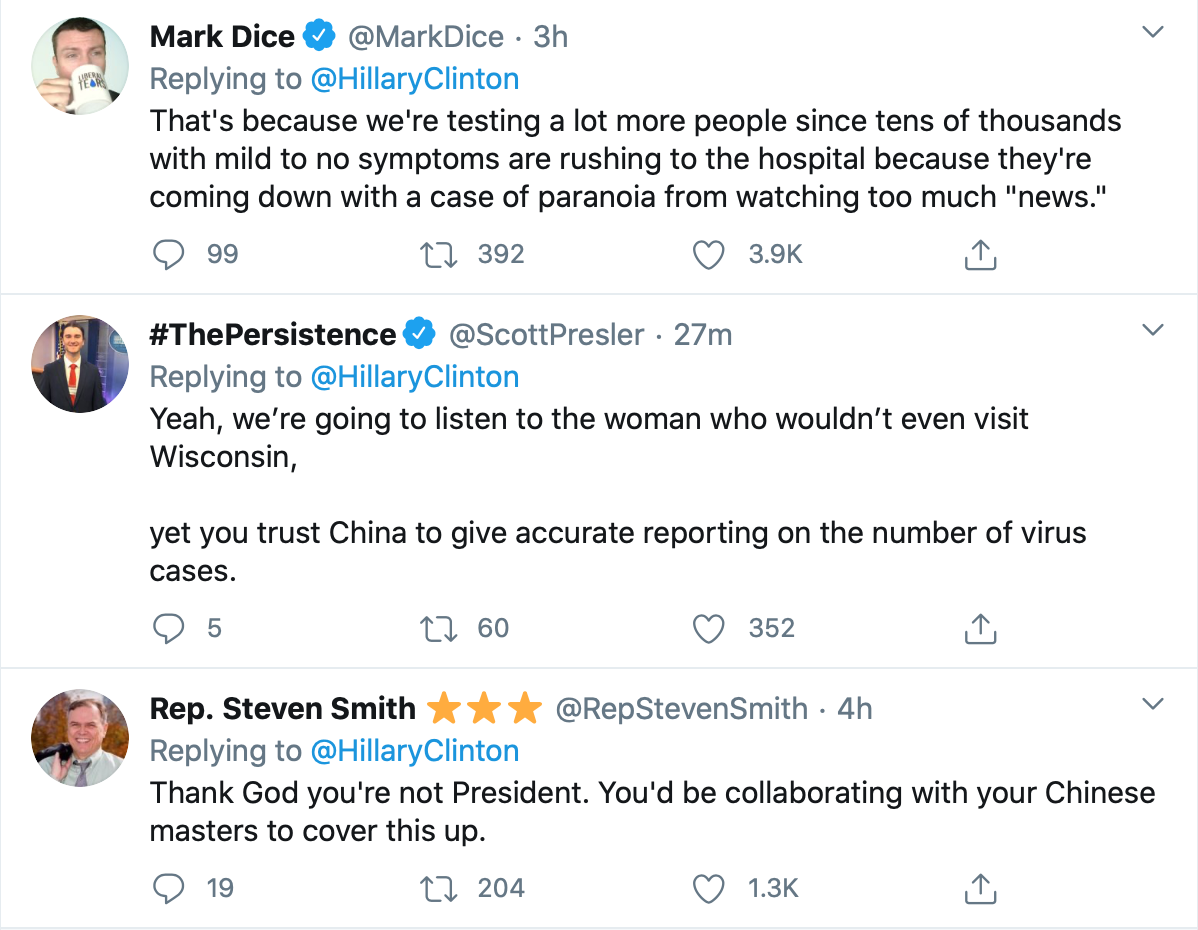 Birx served as a physician in the United States Army, rising to the rank of colonel before she retired from military service.

Birx was nominated by President Barack Obama as United States Global AIDS Coordinator and confirmed by the Senate; she was sworn in April 4, 2014. https://t.co/yl9bKu9q7g

1. The US is undoubtedly NOT #1 in terms of actual coronavirus cases. China has been lying.
2. Increased diagnoses of coronavirus say nothing about the quality of our system. Italy has far fewer diagnosed cases and seven times as many deaths.
3. Everyone is stupid.

We know you all missed Opening Day as much as we did. In the meantime until we see you again soon, here’s a special message from someone who always makes us feel better. pic.twitter.com/Na3ea1bjMh

Spotted Malabar civet… A critically endangered mammal not seen until 1990 resurfaces for the first time in India during lockdown. pic.twitter.com/JX18O9r4zn

Quarantine Day I’m Not Sure

But I left him catatonic
Somebody get this cat a tonic pic.twitter.com/wtyEI9j9tz

We have just purchased many Ventilators from some wonderful companies. Names and numbers will be announced later today!

When you ask a socialist what subjects they skipped in school pic.twitter.com/F8PRhs843n