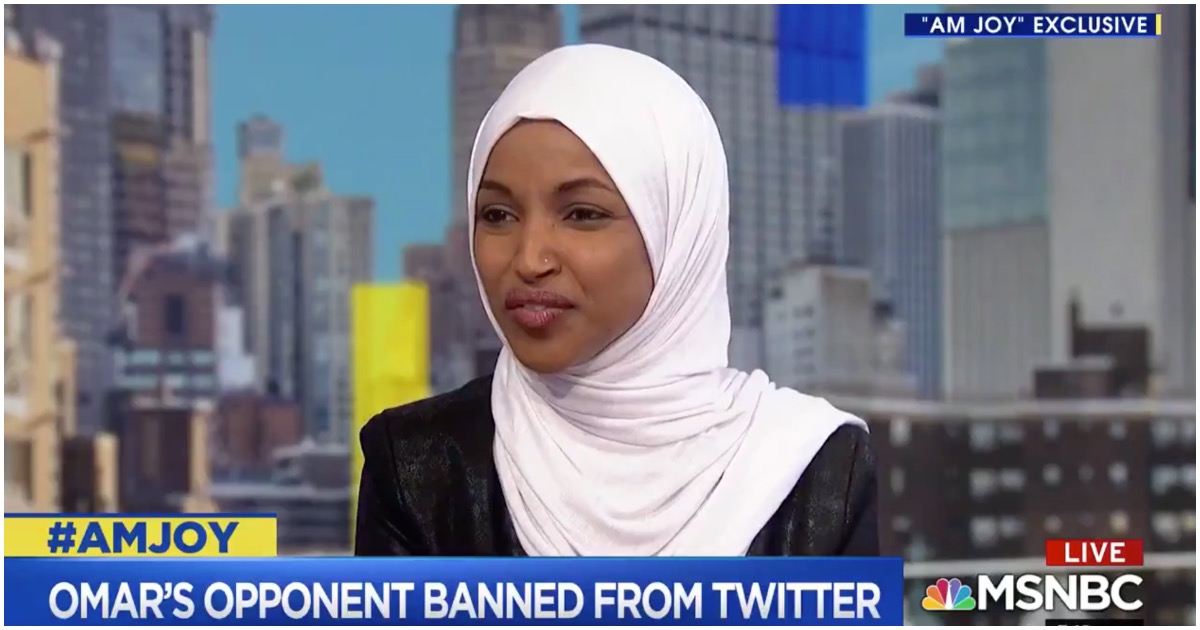 Ilhan Omar might’ve been dropped on her head. Not as a child, but as an adult. Okay, maybe both. For someone to be this ignorant about, well, everything, goes to show that too many people don’t understand politics or America, in general.

The freshman lawmaker made some very silly comments on radically far-left MSNBC host Joy Reid’s morning program. Go figure. But even for Ilhan, this stuff is pretty ridiculous.

Anti-Semitic Rep. Ilhan Omar (D-MN) attacked Republicans on Sunday during an interview on far-left MSNBC, claiming that the Republican Party is synonymous with hateful and “sinful” rhetoric.

“Yeah, I mean hate, sinful, [unintelligible] rhetoric is very dangerous and it’s becoming synonymous with the Republican Party,” Omar responded. “They have refused to condemn and distance themselves from members within their party that have threatened my life and the lives of others, that have caused the deaths of people in this country who follow their message, and have put their names, the names of our president, and many of the Republican leaders in their manifestos as they have taken innocent lives.”

Israel can do no right in the eyes of Omar, Rashida Tlaib – any Democrat, really.