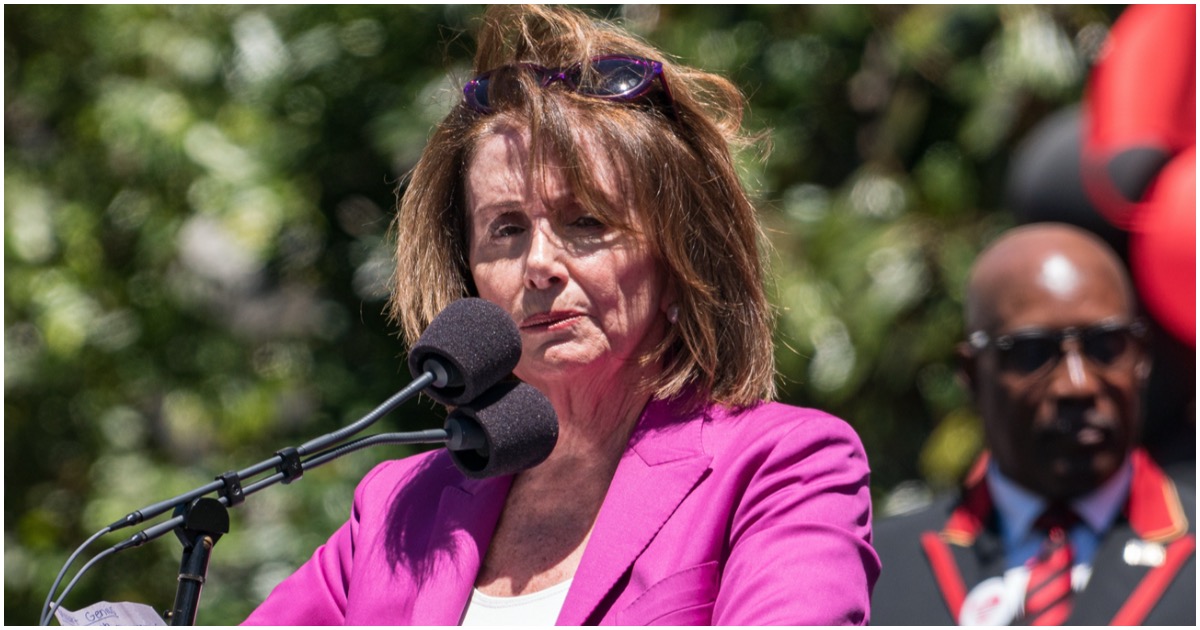 Democrats are quite literally obsessed with violence. They think they can beat conservatives over the head until they’re bloody in order to knock some sense into them. And boy, have they tried hard in recent years or what?

The party of tolerance welcomes everyone as a Democrat so long as you believe every single thing they believe and never EVER stray. Because that’s how Democrats operate. They crave complete control.

On Monday, Speaker Nancy Pelosi’s daughter went in on Senator Rand Paul (KY). She was thankful the Republican was attacked by his neighbor.

Democrat House Speaker Nancy Pelosi’s daughter appeared to praise a violent attack on Sen. Rand Paul (R-KY) on Sunday after Paul announced that he had contracted the coronavirus, which originated in China.

This is sick & twisted. Rand has contracted coronavirus; in 2017, in a violent criminal attack, he suffered 6 broken ribs, pneumonia & had part of his lung removed—all of which puts him at much greater risk from this deadly virus—and you’re siding w/ the attacker? #LoveEachOther https://t.co/YiE7wGW2UD

Leave it to Christine Pelosi @sfpelosi (Nancy Pelosi's adult daughter) to have the most disgusting take of the day on twitter dot com.https://t.co/kGN4It6Isg pic.twitter.com/qXC8xlsVdu

Are we not doing that dangerous rhetoric thing anymore? Journalists passed around some kook thing Paul's dad wrote yesterday. Here's the daughter of the Speaker of the House endorsing assault on Rand Paul. https://t.co/fAmlupRb92

Will @Twitter and @jack find it ok to approve of a cowardly blindside felony attack by a crazed liberal neighbor? The world watches and waits to see if these “kind and tolerant” comments will be consequenced. https://t.co/NGYggJ76s7

Bette Midler made similar comments about Paul back in October 2019.

The replies in this are gross. You're ok with violence against a sitting senator? You'd be screaming if this happened to Feinstein, Harris, Blumenthal, etc and rightfully so. But it's Rand Paul so it's ok. You all make me sick.

The modern left: I don't promote violence but fuck you to death

She attracts a vile crowd, by the replies to her.

She convicts herself with her own statement.

She is promoting violence in the very tweet that says I don’t promote violence.

Stupid did not fall far from that tree!

Wouldn’t expect anything better from a pelosi.