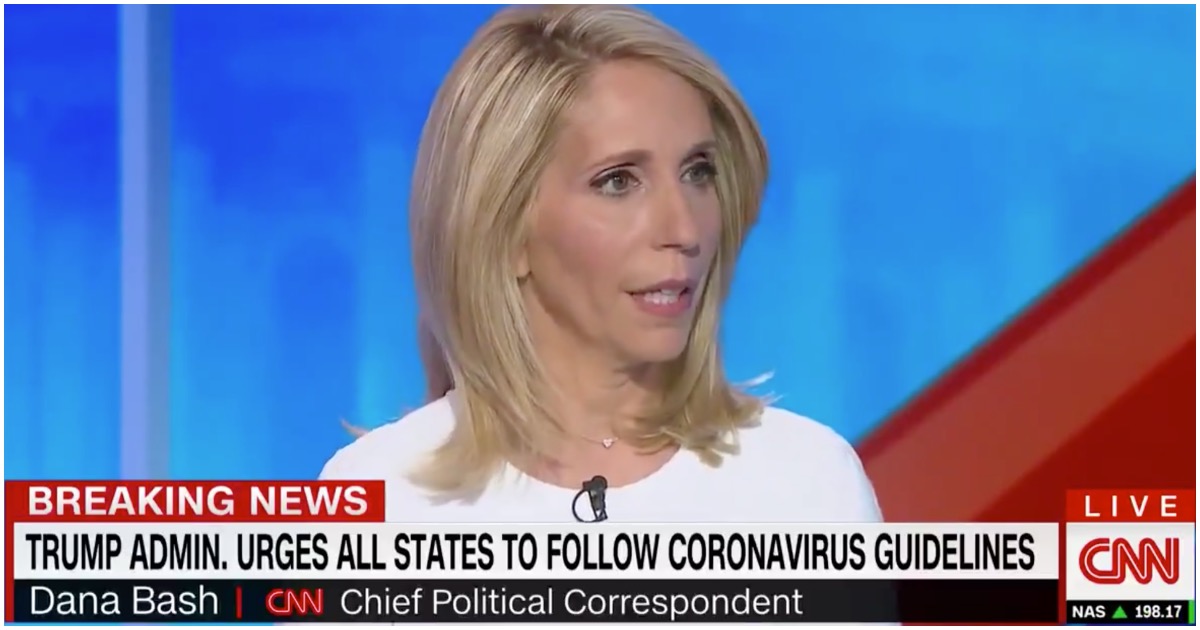 Pigs are certainly flying in some part of the world. On a day when NFL legend Tom Brady becomes a Tampa Bay Buccaneer and NBA star Kevin Durant tests positive for coronavirus, a reliably left-leaning CNN host actually praised President Trump for doing something right. Think about that for a second.

On Tuesday, CNN anchor Dana Bash applauded President Donald Trump on his handling of the China-originated novel coronavirus (COVID-19) outbreak, praising Trump as the “kind of leader that people need” in this time of crisis.

After dismissing criticism from media reporter and American neurosurgeon Sanjay Gupta, Bash said Trump’s “tone” over the past two days should be applauded on an “American” and “human” level.

This was remarkable from the President of the United States…[President @realDonaldTrump] is being the kind of leader that people need.

On Friday, CNN felt the wrath of POTUS’ 2020 campaign.

After Trump addressed the nation and banned travel from Europe to America for the next 30 days, CNN’s Jim Acosta blasted POTUS for saying something that was 100% factually accurate.

"I have decided to take several strong but necessary actions to protect the health and well-being of all Americans. To keep new cases from entering our shores, we will be suspending all travel from Europe to the United States for the next 30 days." pic.twitter.com/wkJoytrxsV 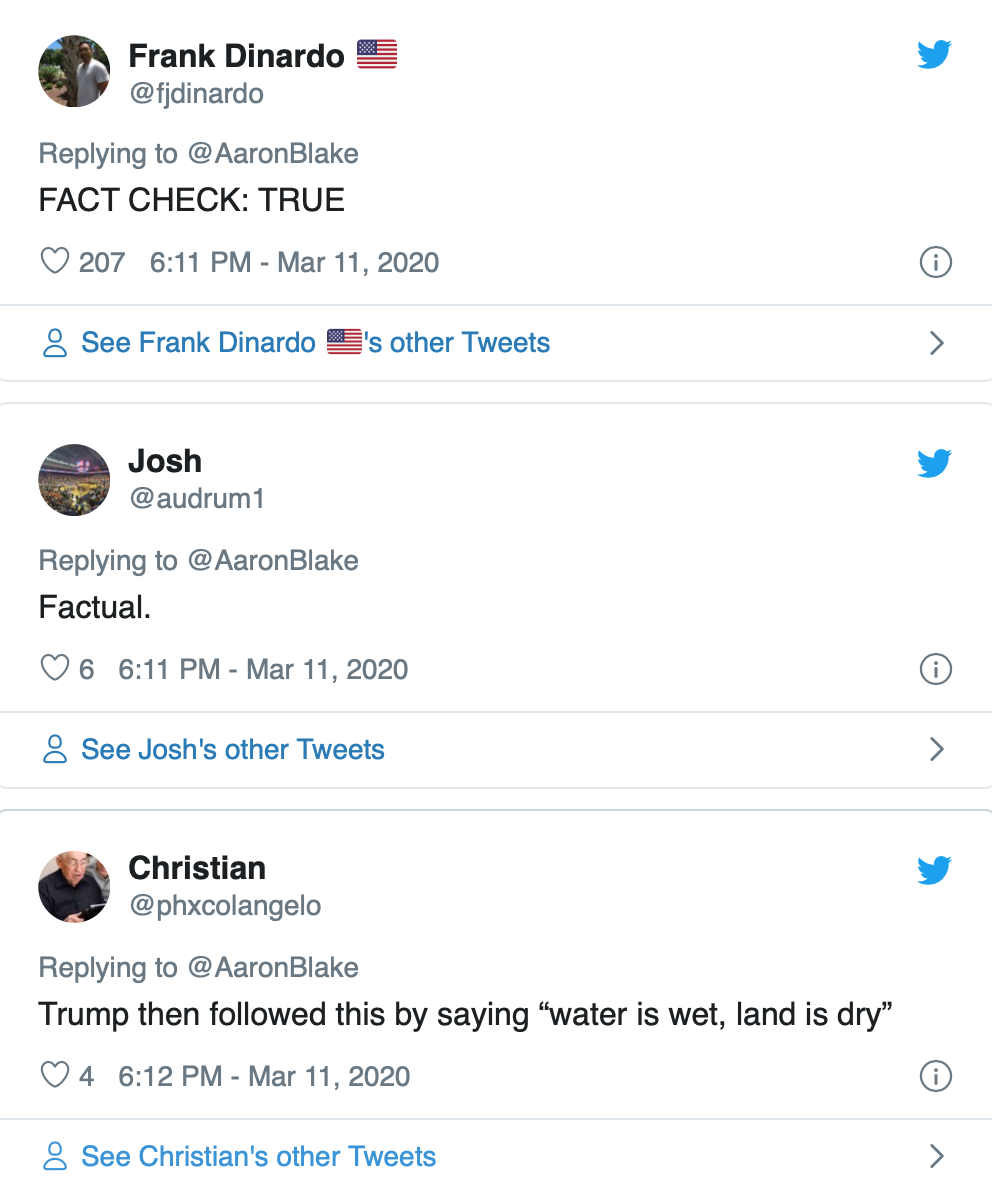 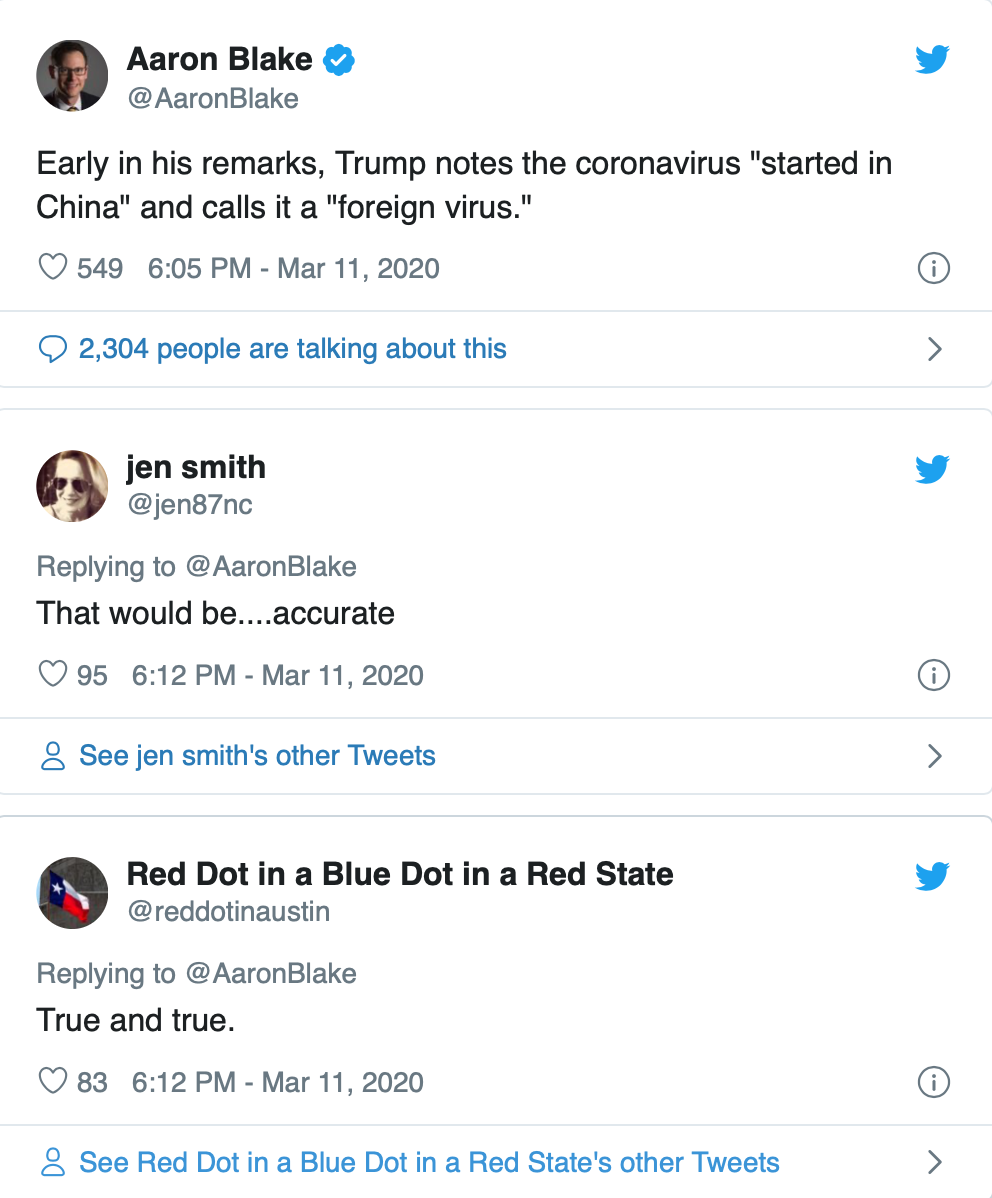