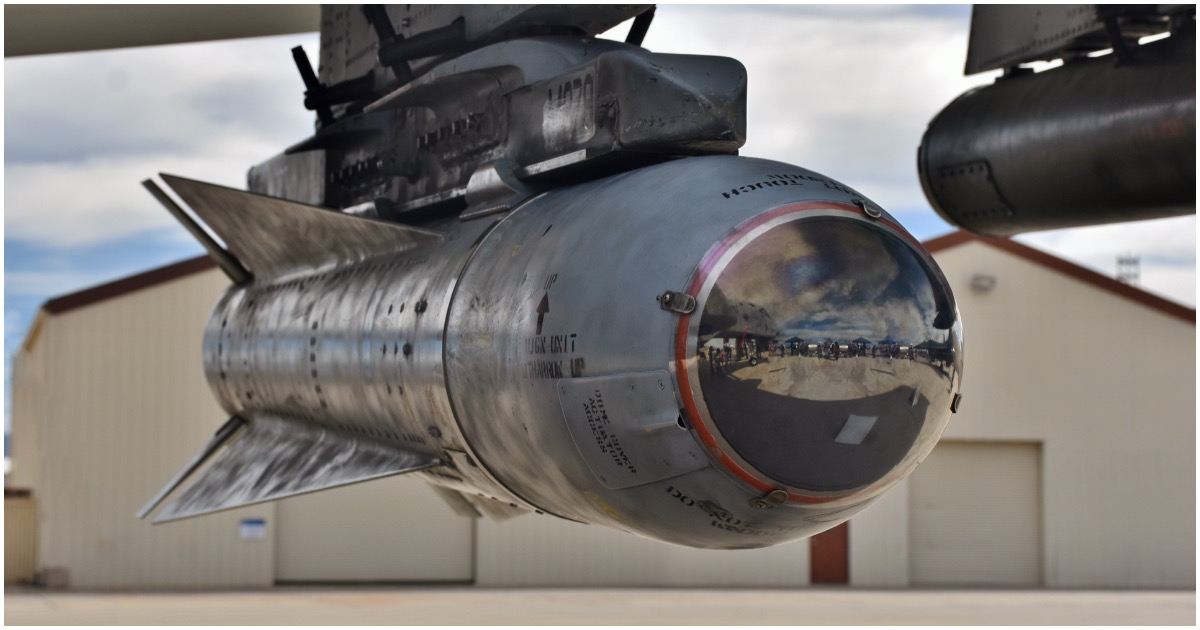 While Americans literally fight in stores over toilet paper thanks to the hysteria surrounding the coronavirus, the Trump administration continues to juggle multiple priorities at once.

Will lefties in Congress and the mainstream media be as outraged about the death of this senior Iranian commander as they were Qasem Soleimani?

Chances are they’ll never even know about it?

#BREAKING NEWS:
General Siamand Mashhadani, one of the #Iranian Revolutionary Guards Top Commander , was killed by the #American airstrike in #Iraq.

video:
the moment that #US launches retaliatory strikes on Iran-backed Kataib #Hezbollah in #Iraq

The #Iranian proxy group Kataib Hezbollah is the only group known to have previously conducted an indirect fire attack of this scale against US and coalition forces in #Iraq#IRAN pic.twitter.com/zrjsuClV7h

VIDEO : U.S. launches strikes in Iraq against Iranian-backed militias after attack that killed US coalition troops In iraq.

according to https://t.co/HfuHC79h0y , General Siamand Mashhadani,one of the #Iranian Revolutionary Guards Top Commander was killed on the on the attack #BREAKING pic.twitter.com/eJEYBdOn05

what US defense confirmed about airstrikes?
US commander Confirmed that US conducts airstrikes against multiple Iranian-backed militia sites in Iraq
but didn't mentioned the death of General Siamand Mashhadani,one of the #Iranian Revolutionary Guards Top Commander on the attack pic.twitter.com/qpdVjazIwl

They are Bill Cassidy of Louisiana, Rand Paul of Kentucky, Jerry Moran of Kansas, Lamar Alexander of Tennessee, Susan Collins of Maine, Lisa Murkowski of Alaska, Todd Young of Indiana, and Mike Lee of Utah.

Basically, these GOP members of the upper chamber are generally the usual suspects when it comes to going against Trump.

On Thursday, 55 senators, including eight Republicans, voted for a resolution that would force President Trump to obtain permission from Congress before ordering military action against Iran.

The Washington Post noted, “Trump will almost certainly veto the measure once it passes the House, and neither chamber of Congress has the votes to override that veto, lawmakers say.” That is because the 55 votes fall short of a supermajority needed to override a presidential veto.

It is very important for our Country’s SECURITY that the United States Senate not vote for the Iran War Powers Resolution. We are doing very well with Iran and this is not the time to show weakness. Americans overwhelmingly support our attack on terrorist Soleimani….

….If my hands were tied, Iran would have a field day. Sends a very bad signal. The Democrats are only doing this as an attempt to embarrass the Republican Party. Don’t let it happen!

At the height of the Iranian establishment anti Americanism, Tehran Beheshti university’s students refused walking over the US and Israel flag while participating in #IranProtests . They all grew up to hate the two countries but seems like the revolutionary ideology is failed. pic.twitter.com/ABQY3GzWMo

Just wondering – is there an American General for whom millions of us would turn out for his funeral? Mad Dog? Kelly? Colin Powel? William Westmoreland? Can anyone even name the chair of the Joint Chiefs?We all support those who serve but would we pour into the streets like this? pic.twitter.com/L1Y5Bb9iys

Bravest people in the world. pic.twitter.com/xjCav4reQi

The voice of the Iranian people is clear. They are fed up with the regime’s lies, corruption, ineptitude, and brutality of the IRGC under @khamenei_ir's kleptocracy. We stand with the Iranian people who deserve a better future. pic.twitter.com/tBOjv9XsIG

Breaking:
People in #Iran have just begun the protest against de regime.
Students of Amirkabir university in Tehran chant slogans against the supreme leader!#IranProtests#IranPlaneCrash pic.twitter.com/rzr7w6Oaju

It turns out plenty of Iranians loathed Soleimani, opposed the terrorism he spread, and don’t like the regime lying to them about shooting down a passenger plane. And they’re risking quite a bit by protesting publicly — https://t.co/c5P2VmLyHB

“So many years, so many crimes, death to the Islamic Republic.” Tehran, #Iran. pic.twitter.com/lFptbM4hNT

Instagram and its parent company Facebook are removing posts that voice support for slain Iranian commander Qassem Soleimani to comply with US sanctions, a Facebook spokesperson said in a statement to CNN Business https://t.co/oKELIejz17

Here’s video of the plane crash:

Appears we have some traitors & rinos in DC….Keep on doing Mr President.