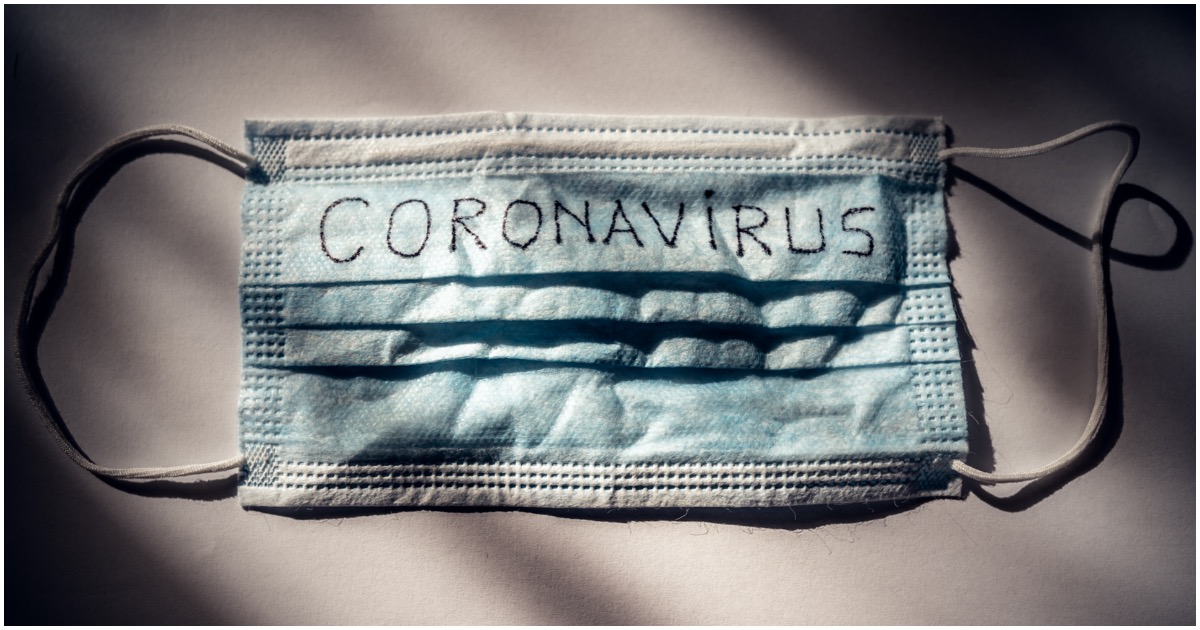 The following article, President Trump, If I May Suggest — A Detailed Opinion About the Coronavirus, was first published on Flag And Cross.

President Trump, you have enormous resources at your disposal, but perhaps some of your staff may have missed these suggestions. Following the outbreak of the coronavirus, Americans were outraged when they found out that 95% of the prescription drugs we take in America are made in China. Having one country control 95% of something we need is a definitive national security issue. It’s reassuring to see that the president signed an executive order to end reliance on China in the medical supply chain, but that is only the start.

I agree with that decision; we need to bring back the production of our own pharma and medical supplies to the United States. Building a new supply chain infrastructure will bring new good-paying jobs. I also would recommend a development grant program that utilizes the concept of economic development zones all across the country. This would help to build manufacturing companies that will, as quickly as possible, replace China as a medical supplier.

I would like to see you establish a pharma and medical supplies facility in Puerto Rico. In the past, this island was an essential part of the pharmaceutical manufacturing process, but because of two hurricanes, factories have never been rebuilt. I know it will take time to build out this infrastructure, but we need to start now. I’m reminded of our dependency in the past to foreign oil countries in order to run our economy and what happened when they turned off the spigot. We are now energy independent and no longer need Middle East oil to run our economy, and OPEC no longer has power over us. However, with the Chinese dominance in the drug industry, they can turn off the switch to us at any time.

But Mr. President, there is more. I believe that you need to appoint a cabinet-level task force to look at what we import from China from other sectors of our economy and how much control China has upon our supply chain and possibly be a national security risk. We must find out how exposed we are to potential supply chain interruptions. We should use the new economic empowerment zones I have suggested to bring those jobs back to the United States.

Concerning the coronavirus, I think there is a great deal of confusion in the numbers of people sick or dying from the virus. Because of these uncertainties, this has resulted in a significant decline of the stock market and significant losses in people’s retirement and investment accounts. As of this writing, the Dow-Jones has dropped from 28,5000 as of December 31, 2019, to 20,340 or a decline of almost 29%.

One of the questions being asked by many is what will happen to the economy? Also, what will happen to employment with so many businesses being closed? People in the financial industry are making predictions, much like the medical professionals about the virus outcome. I believe that I have an indicator that everyone can follow with ease to get an indication of the economy’s direction going forward.

Before the virus broke out, America had a meager unemployment rate of about 3.6%, and at the same time, over 7 million job openings. Here is something we all can watch every Thursday to see what is happening on the job front. The U.S. Department of Labor publishes the Weekly Unemployment Insurance Weekly Claims Report. (Click on the link to the left and download the weekly report.)

There is much more information on the site, but what is essential is for each week to check the number and then look at the 4 weeks moving average so you can see a trend. I would expect to see an increase in claims over the next 4 to 6 weeks. We will have the unemployment report for March on April 3. At that time we may see the rise of the unemployment rate and the decline in jobs created.

One thing to keep in mind is that many of the jobs being shut down from places such as schools, colleges, and universities are protected because people have employment contracts. More and more companies are encouraging people to work from home. The most significant impact will be the hourly workers, but they will have some income from unemployment benefits.

A critical perspective, according to the Johns Hopkins Coronavirus Resource Center, is that the United States has had 1,663 confirmed cases from the covid-19 virus with 40 deaths. The report goes on to show that 31 of the 40 deaths were at one facility in Seattle, Washington. This means that 9 deaths are attributed to the other 49 states. Based on 1,663 confirmed cases and 40 deaths, the death rate 2.50%, but this rate is from a relatively small population.

It is possible as we get more test kits, more people will be confirmed to have the virus, but it doesn’t mean that as more people are identified with the virus that the death rate will go up. The actual death rate percentage may decline with more data.

We seem to be ignoring the fact that cancer kills 600,000 people a year, while the flu is ranked 7th, and it kills as many as 56,000 people per year. We have panicked, and I believe a great deal of the blame for the panic rests in the hands of the American mainstream media. Real Clear Politics made the following observation on its blog of March 2, “Most importantly, the strong association of coronavirus coverage with Donald Trump in the U.S. and the economy globally suggests the outbreak is being contextualized as a political and economic story — delivering a dose of panic in the process — rather than a public health emergency that requires clinical and dispassionate reporting.”

Please wash your hands every time you cough or sneeze in them and take care of each other. And Mr. President, you know what to do.

Dan Perkins is a nationally syndicated radio and TV talk show host. He is heard in over 1400 markets in the United States and is broadcast in 193 nations around the world. He is a current events commentator who contributes to over 20 blogs across America. His latest radio program is Americas Cannabis Conversation broadcast over the AM/FM radio network and the Global Entertainment Network and all the major Pod cast networks. More information about Dan Perkins can be found on his website Danperkins.guru.

Continue reading: President Trump, If I May Suggest — A Detailed Opinion About the Coronavirus ...