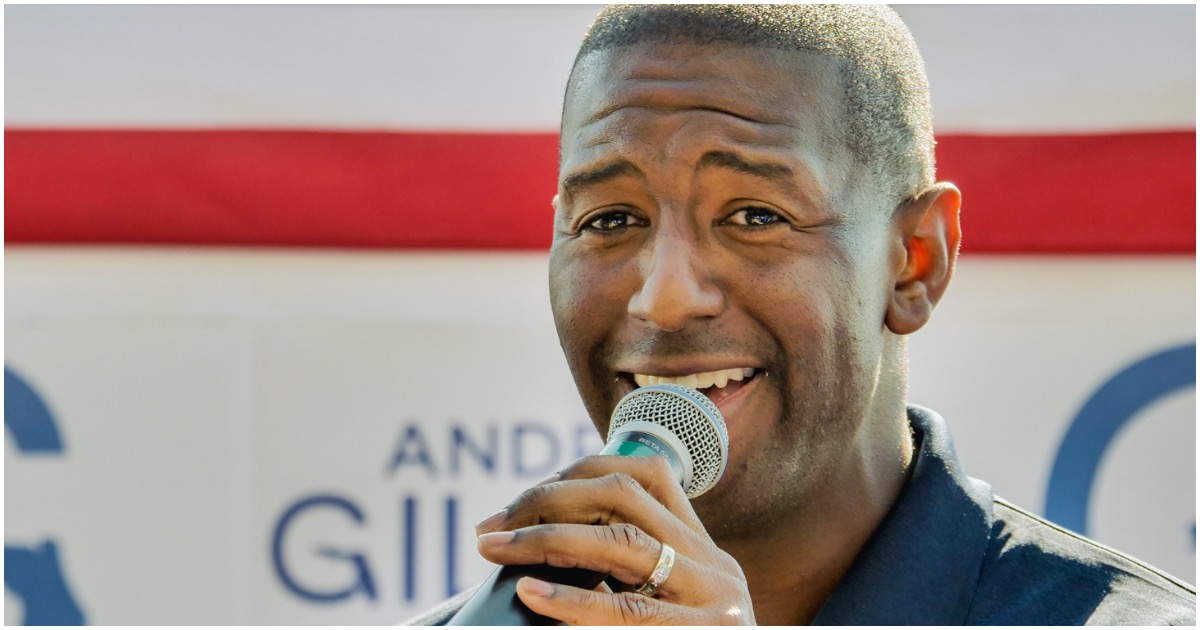 The following article, Failed Candidate Andrew Gillum One of Three Men In Room With Male Escort, Meth Baggies Found, was first published on Flag And Cross.

Like Stacey Abrams in Georgia, Democrat gubernatorial candidate Andrew Gillum hasn’t been a graceful loser since he lost to then-Rep. Ron DeSantis (R) in Florida. Now, it appears Gillum has found himself in quite the predicament. And that might be putting it lightly.

Here’s the scoop, via Heavy:

Travis Dyson is the 30-year-old Florida man who was found in a hotel room with Democratic politician Andrew Gillum on March 13. Police said Dyson appeared to have suffered a drug overdose. He is conscious and in stable condition in a Miami-area hospital.

Dyson maintains a profile on a website for male escorts and is studying at a nurse practitioner school. Gillum has been married to R. Jai Gillum since 2009. The couple have three children together.

In 2018, Gillum, 40, was the surprise winner of the Democratic primary for governor in Florida. Gillum lost the general election narrowly to Ron De Santis. Since then, Gillum has been a rising star in the Democratic party. Between 2014 and 2018, Gillum served as the mayor of Tallahassee.

Everyone should respect @AndrewGillum’s privacy as he explains why he was one of three men in a hotel room w 3 bags of meth, too impaired to talk to first responders.

I know what you’re all thinking – this is not very COVID-19 hygienic. #GillumSurge https://t.co/HVjBDNRlZA

6. Gillum says he was drunk, not on meth: "While I had too much to drink, I want to be clear that I have never used methamphetamines." pic.twitter.com/eGJcbvrq8C

Gillum statement: "I was in Miami last night for a wedding celebration when first responders were called to assist one of my friends. While I had too much to drink, I want to be clear that I have never used methamphetamines."

Just spoke with Travis Dyson, a friend of @AndrewGillum who was in the hotel room last night. He says Gillum did not mention anything about a wedding. https://t.co/G966MmSTXc

In November 2018, CNN reporter Randi Kaye “randomly” interviewed a Gillum supporter. The woman said she was inspired to vote for Gillum thanks to Barack Obama.

As it turns out, Francis Gillum is Andrew’s mother.

How “random” could that have actually been?

CNN "randomly" interviews a woman at an Obama rally for Florida Democratic gubernatorial nominee Andrew Gillum and asks her if Obama will influence her vote.

She responds: "Uh, I believe that it will."

Who is she? Francis Gillum, Andrew Gillum's mother. pic.twitter.com/7vWGdCJcMt

Its truly sad to see how by intimidation and bullying tactics the Democratic party continues to want to keep black voters enslaved to that party.

A study showed taxes in Florida would’ve spike to the tune of billions of dollars if Gillum’s policies were implemented – as one could expect.

You’re a democrat gillum, just put it on your resume and you will be good to go.