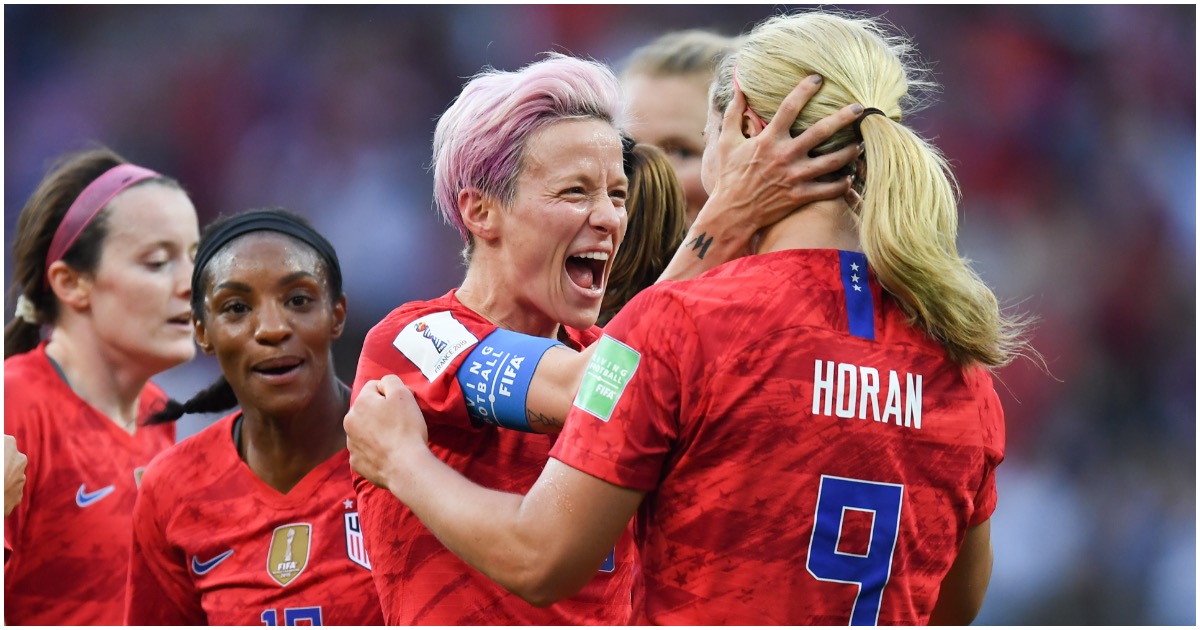 The following article, Women’s National Team Wears Shirts Inside Out, Hiding US Soccer Crest In Protest (Watch), was first published on Flag And Cross.

Disrespecting America has become a common trend in sports in the Trump era. Far too many athletes just don’t understand the dangers of policies preached by the far-left.

Here’s yet another ridiculous stunt courtesy of the U.S. Women’s National Soccer team, via Daily Wire:

While the national anthem was being played before the SheBelieves Women’s Soccer tournament final between the U.S. women’s soccer team and Japan, the women on the U.S. team protested against U.S. Soccer by turning their warm-up tops inside out, hiding the U.S. Soccer crest, as a show of “solidarity.”

Fox News noted that a court filing from the U.S. Soccer Federation described female players as less skilled than men, arguing that the claim was “indisputable science” rather than “a sexist stereotype.”

The USWNT has taken the field with their warm up jerseys inside out, hiding the US Soccer crest.

This is in response to the latest legal filings by the US Soccer Federation in the gender discrimination lawsuit filed by 28 US players. (@espnW) pic.twitter.com/BTZgYeeNMD

Women’s national team players are paid differently because they specifically asked for and negotiated a completely different contract than the men’s national team, despite being offered, and rejecting, a similar pay-to-play agreement during the past negotiations. Their preference was a contract that provides significant additional benefits that the men’s national team does not have, including guaranteed annual salaries, medical and dental insurance, paid child-care assistance, paid pregnancy and parental leave, severance benefits, salary continuation during periods of injury, access to a retirement plan, multiple bonuses and more.

Aw, wait until these un-American “people” obtain the communism they seem to be trying for. And then they won’t have the “freedom” to take the actions they are now “enjoying”. Time for real Americans to take our country back, vote out all the dems & rinos that are now trying their best to turn America into Venezuela, or perhaps Cuba…