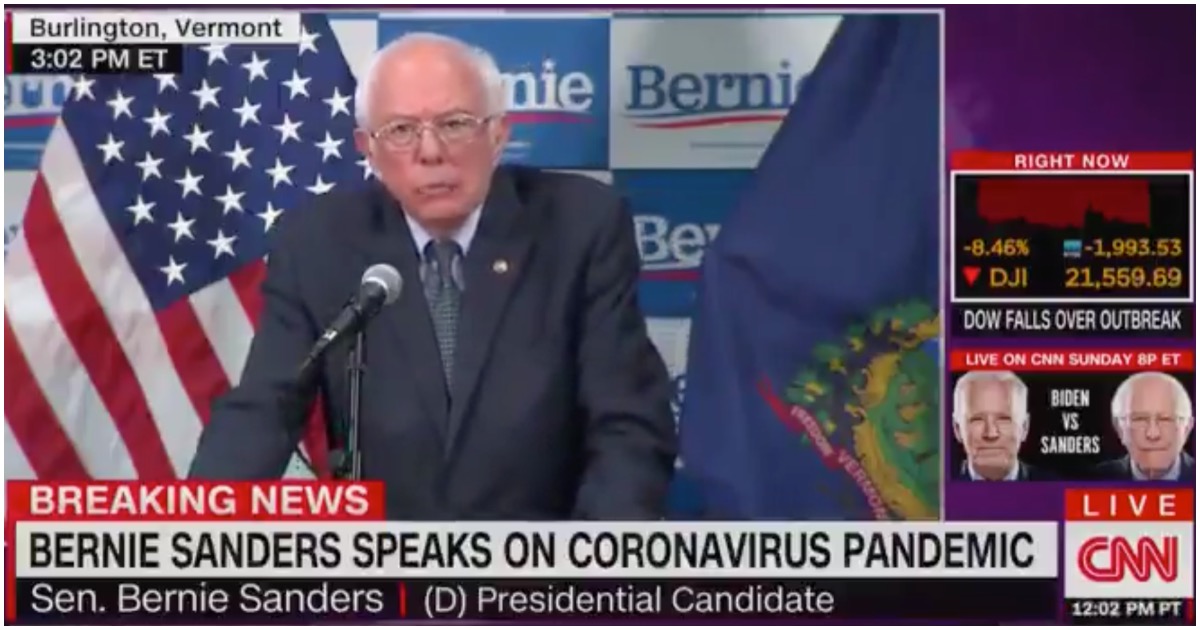 Talk about inciting panic. 2020 Democrat presidential candidate Bernie Sanders (VT) needs to think this through again. To even imply that more people will die from Coronavirus does nothing but get lefties riled up.

But that was the point, wasn’t it? To make President Trump look like a fool for mishandling the “pandemic,” right?

On Thursday, Democratic presidential candidate and open socialist Sen. Bernie Sanders (I-VT) warned that the coronavirus death toll could surpass the number of Americans that were killed in World War II, which was more than 400,000 people.

Addressing the country in a campaign for president, a job that would require invoking a sense of calm among Americans in times like these, Bernie Sanders says Coronavirus could kill more people than troops who died in World War II

They’re all on the “same page.” The figurative cat is absolutely out of the bag.

These people are using this virus for political purposes and in doing so are endangering Americans. Sure, take it serious and take evasive actions but don’t recall the yearly flues that sweep the world being used for political purposes. Can it be because it’s a election year and because the democrats are in a frenzy to remove the President from office. I think so.

I wonder if Bernie has an estimate as to how many will die from socialistic communism. And they wouldn’t have to have a virus to do it. just guns and armored vehicles…