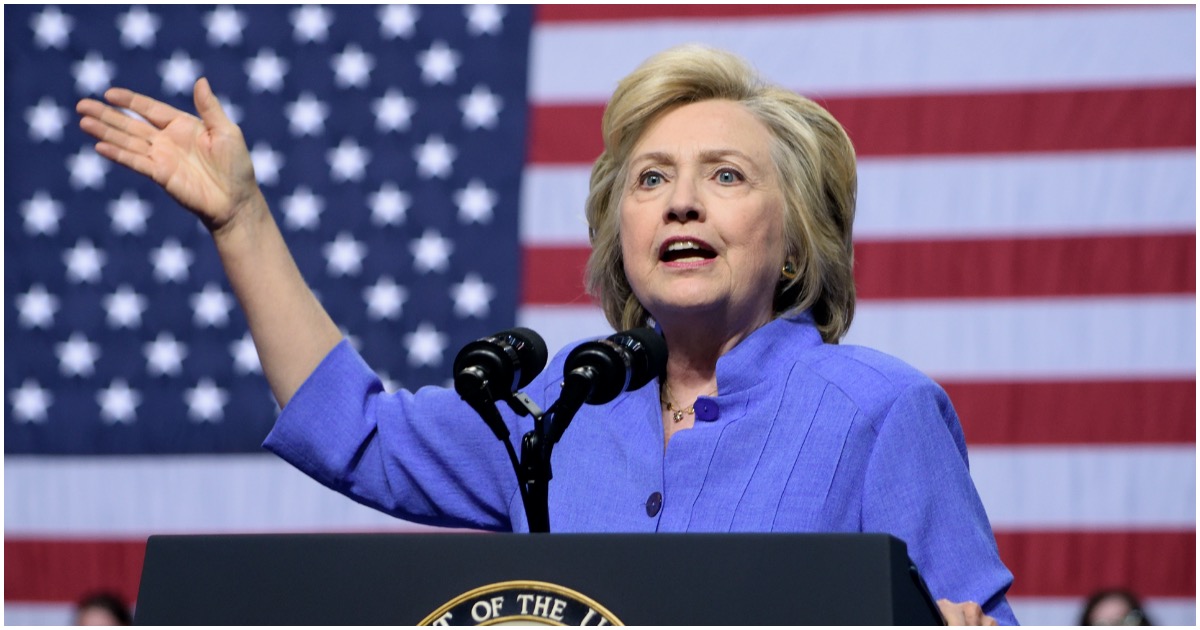 The following article, ICYMI: Hillary Clinton Says I Am ‘The Most Investigated Innocent Person In America’, was first published on Flag And Cross.

Hillary Clinton must have to repeat phrases hundreds of times in order to brainwash herself into thinking she’s right. After all, someone with her lengthy track record can’t possibly believe this nonsense, can she?

Hillary Clinton claims she is the ‘the most investigated innocent person in America’ in a new Hulu documentary about her life.

The former Democratic Presidential candidate even went so far as to say she felt like she’s been persecuted in an offhand remark while cameras were rolling.

Indeed, Hillary appears defiant, defensive and arguably the most candid she has ever been about herself during the 35 hours of interviews.

In the documentary, viewed by DailyMail.com ahead of its release Friday, Hillary does not apologize for the email scandal which plagued her 2016 Presidential run and insisting there was ‘no regulation against it’.

But these are the times in which we live.

For some reason, a career crooked leftist politician thinks she still has a shot at becoming the most powerful human being on the planet.

Even crazier, there are people out there who would actually vote for her – again.

Which is worse? Both. They are both worse.

Check out Bill explaining how he’s not running for POTUS ever again, but that doesn’t mean Hillary won’t…

“She may or not ever run for anything, but I can’t legally run for President again.” – Bill Clinton leaving the door open on @HillaryClinton running for President in 2020. #StillWithHer #Hillary2020 pic.twitter.com/gDrmcR0ax1

During a recent interview, Clinton joked about a potential 2020 rematch with POTUS. She even went as far as saying she could “beat” Trump “again.”

But if she didn’t beat him the first time, how could she win…again?

I think that Crooked Hillary Clinton should enter the race to try and steal it away from Uber Left Elizabeth Warren. Only one condition. The Crooked one must explain all of her high crimes and misdemeanors including how & why she deleted 33,000 Emails AFTER getting “C” Subpoena!

Hillary Clinton coming down with a strong case of Stacey Abrams Syndrome and claiming she won the 2016 election. pic.twitter.com/uTSj72IMN0

I'm old enough to remember that distant time (checks calendar) three years ago when Hillary Clinton said not accepting the results of an election was a "direct threat to our democracy" pic.twitter.com/KtIcZHwtyS

At the first 2016 debate, Clinton said that she would "support the outcome of this election."

She also said that the election was about the people and not about her, but I think we all know how she really feels about that. pic.twitter.com/vCTl7JtBT6

Continue reading: ICYMI: Hillary Clinton Says I Am ‘The Most Investigated Innocent Person In America’ ...

“Most investigated”? Probably not. “Innocent”? Not hardly.