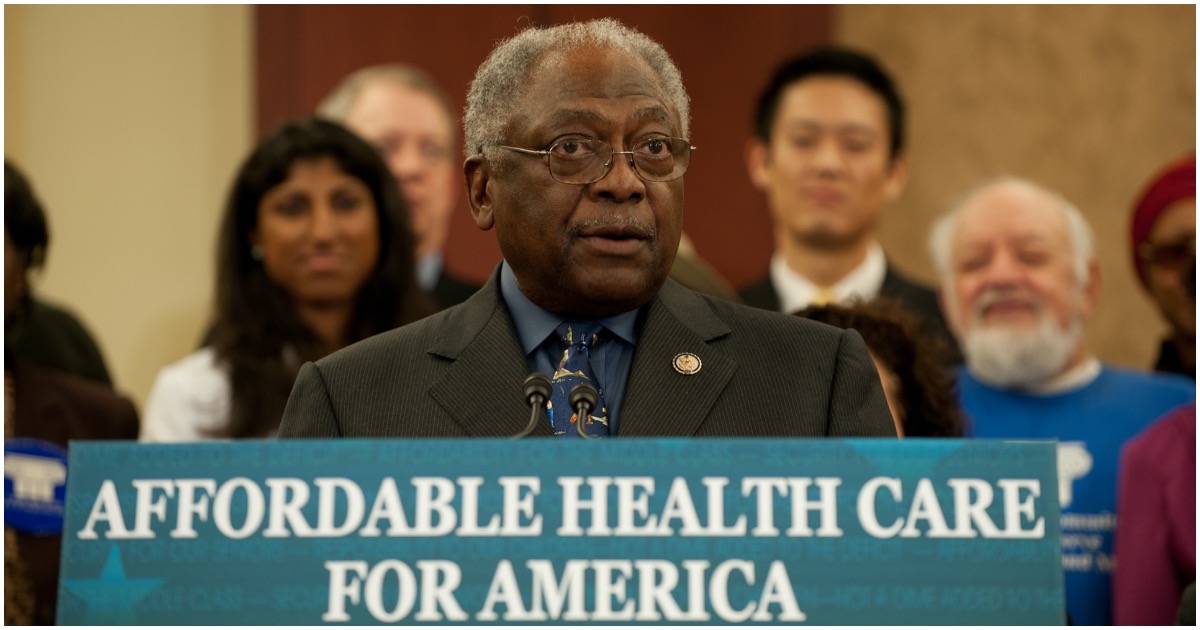 The following article, Dem Leader Wants to End 2020 Debates & Primaries So Biden Will Stop Committing Gaffes, was first published on Flag And Cross.

Joe Biden had one heck of a Tuesday. Not only did he win the big prize of Michigan (and other states) on “Super Tuesday 2.0, but he cursed in the face of a blue collar worker and called him a horse’s a**. At the same time, he all but made sure Bernie Sanders won’t be the Democrat nominee for president.

As of Wednesday morning, the 2020 hopeful pretty much secured his party’s nomination to face President Trump in the general election in exactly 237 days.

If Joe knew better, he’d stop speaking in public. And that is exactly what a Democrat leader wants Biden to do.

House Majority Whip Rep. Jim Clyburn (D-SC) called for the Democratic National Committee (DNC) to cancel the remaining 2020 primaries and debates if Joe Biden performed strongly on Tuesday night in order to protect him from saying something that he “cannot overcome.”

Clyburn told NPR, “I think when the night is over, Joe Biden will be the prohibitive favorite to win the Democratic nomination, and quite frankly, if the night ends the way it has begun, I think it is time for us to shut this primary down, it is time for us to cancel the rest of these debates — because you don’t do anything but get yourself in trouble if you continue in this contest when it’s obvious that the numbers will not shake out for you.”

Rep. Clyburn on NPR just now: "I think when the night is over, Joe Biden will be the prohibitive favorite to win the Democratic nomination… If the night ends the way it has begun" it's time to "shut this primary down," meaning the DNC should "step in" and cancel future debates.

He says prolonging the primary process only makes it more likely that the favorite, Biden in his eyes, "gets himself into trouble" and hurts himself for the general election

Clyburn is one of the top Democrats in the House.

He literally insulted all Jewish Americans in one swoop in order to defend Rep. Ilhan Omar (D-MN), the freshman lawmaker with the wildly anti-Semitic history.

Why do this? Who knows?

“And stop future debates”? Does that mean no debates with President Trump also? But we are so looking forward to those debates, and even have the popcorn ready.