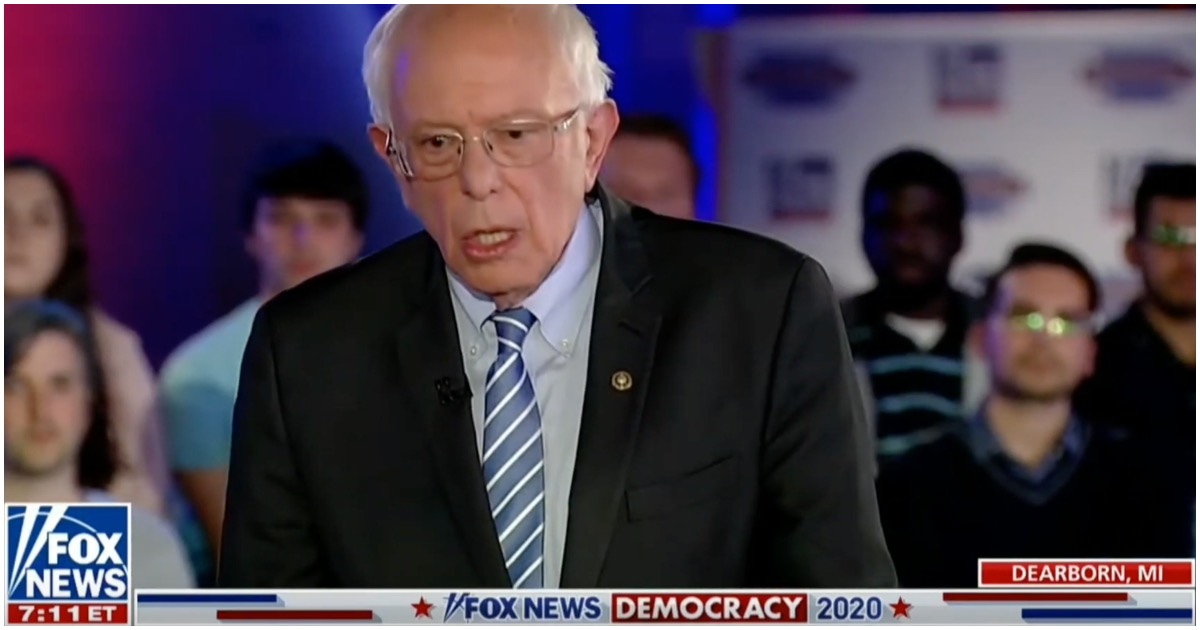 For whatever reason, Fox News decided to host a town hall featuring radically far-left presidential candidate Bernie Sanders. Makes you wonder how the ratings will look in the morning.

After a question from host Bret Baier, Sanders said he did not regret praising the regime of Fidel Castro. But he didn’t stop there.

Socialist Bernie Sanders told Fox News on Monday night that he did not regret defending murderous communist dictator Fidel Castro or communist China last month, comments that many have said hurt his campaign.

People who have lived through socialism understand that it is very, very bad. In a nutshell, what socialism means is that all people suffer equally.

Also, there’s little to no chance for advancement unless you know someone who knows someone. And Bernie Sanders is all about it.

The problem is that even a lot of Democrats are beginning to push back against Sanders, knowing he’s likely going to be their party’s presidential nominee.

One particular CNN contributor isn’t pleased with the Vermont senator’s praise of the Cuban Castro regime, as she knows what socialism is truly all about.

Left-wing CNN political commentator Ana Navarro ripped socialist Bernie Sanders following the Democrats’ debate on Tuesday over his continued praise of communist dictators, saying that there is “no f***ing bright side.”

Navarro’s remarks came after Sanders has repeatedly defended his praise of murderous Cuban communist dictator Fidel Castro this week by falsely claiming that he made the Cuban people literate – they already had a high literacy rate.

I was born in Nicaragua. My parents live there.
My husband was born in Cuba.
Castros & Ortega are corrupt, anti-American, murderous thugs. They jail, kill, torture, starve, beat, persecute political dissidents while enriching themselves.

There is no fucking bright side.

Old bernie likely the only “democrat” actually telling the truth as he tries to become the first communist president?