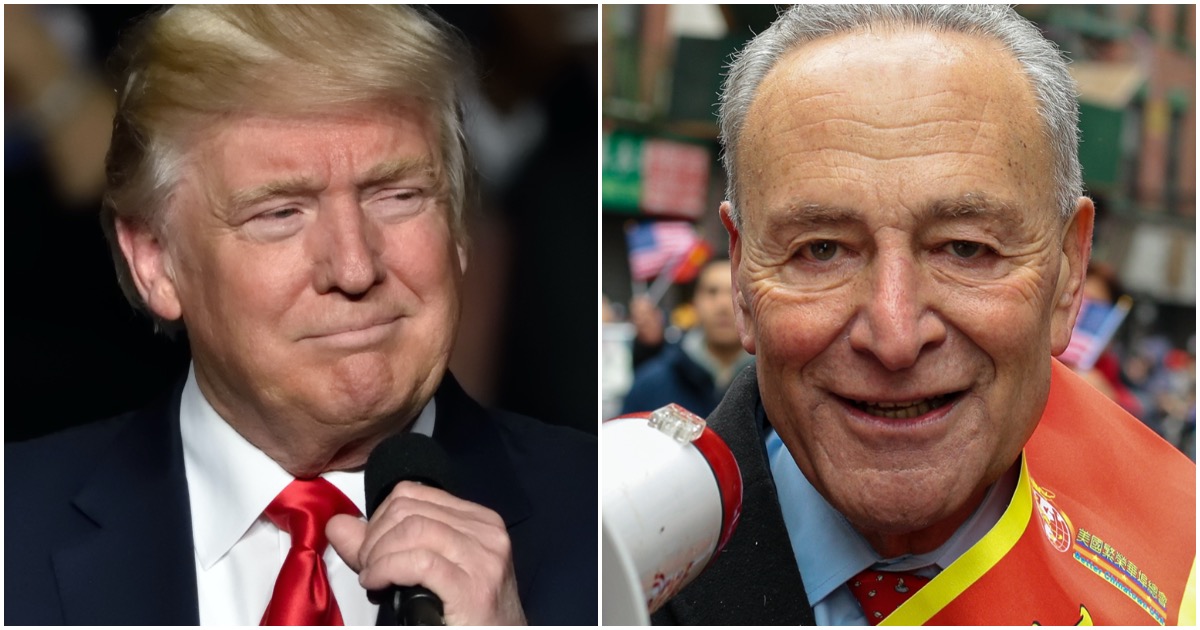 The following article, Trump Warns Chuck Schumer After SCOTUS Threat: There Will Be ‘Trouble Ahead!’, was first published on Flag And Cross.

It all started because Senate Minority Leader Chuck Schumer (NY) was trumpeting abortion rights. He sent a threat to Supreme Court Justices Neil Gorsuch and Brett Kavanaugh, both of whom were nominated by President Trump.

Trump has weighed in – and he isn’t pleased.

Cryin’ Chuck Schumer said, “You will pay the price for this. You won’t know what HIT YOU.” That is far beyond simple rhetoric. That is a physical threat, or at least a threat that you better vote for us.” Trouble ahead!

Elizabeth “Pocahontas” Warren singlehandedly destroyed the Bernie Sanders campaign by stripping voters away from his count on Super T. He lost states that he easily would have won if she had dropped out 3 days earlier. The DNC is doing it to Bernie again! Will he ever get angry? 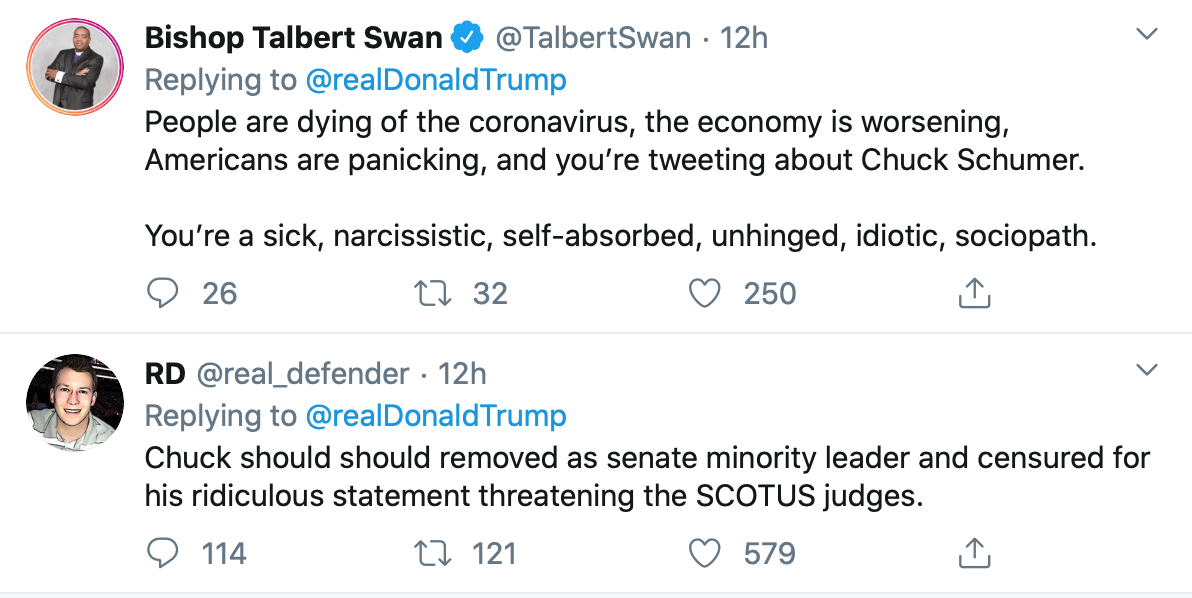 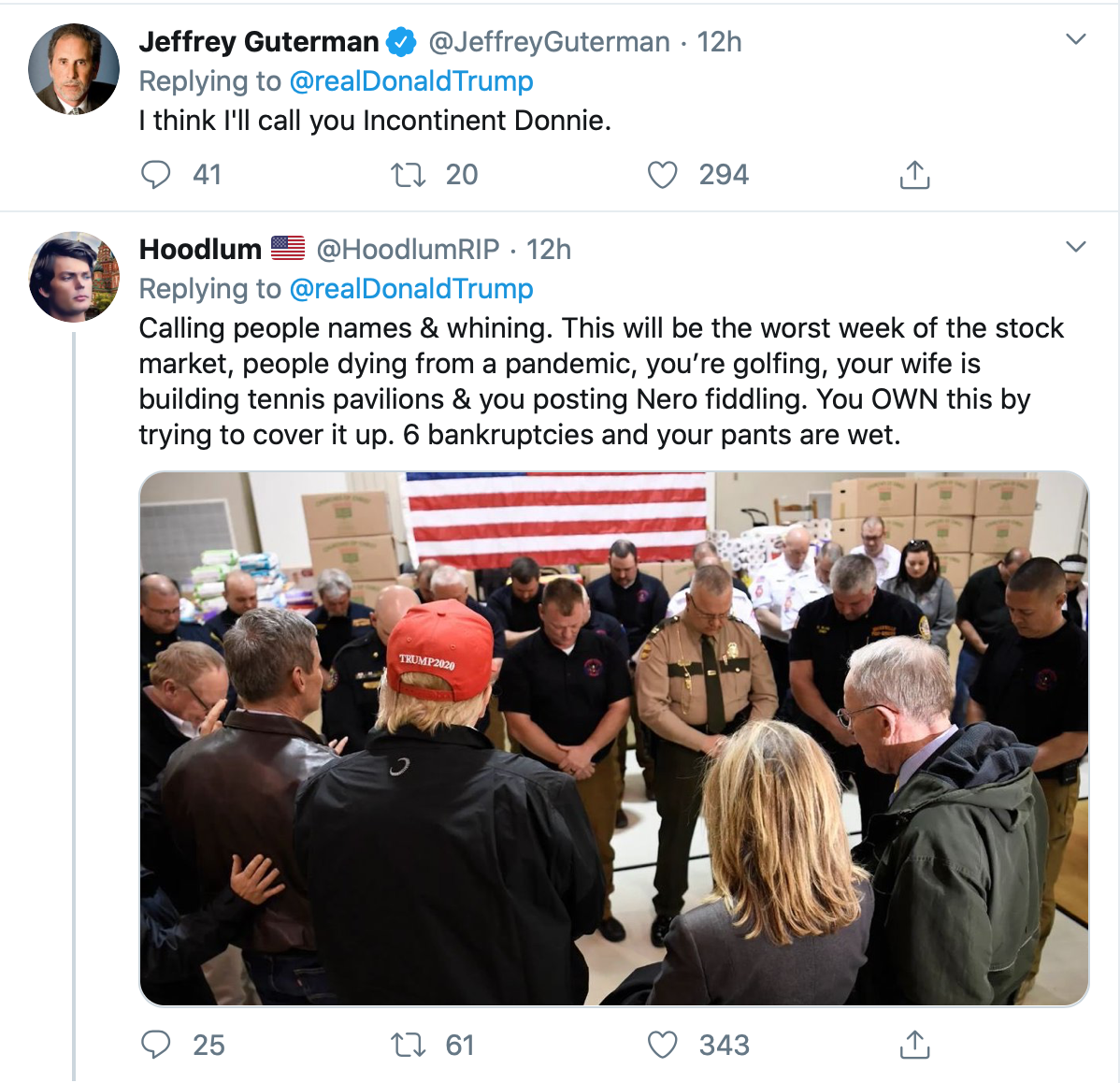 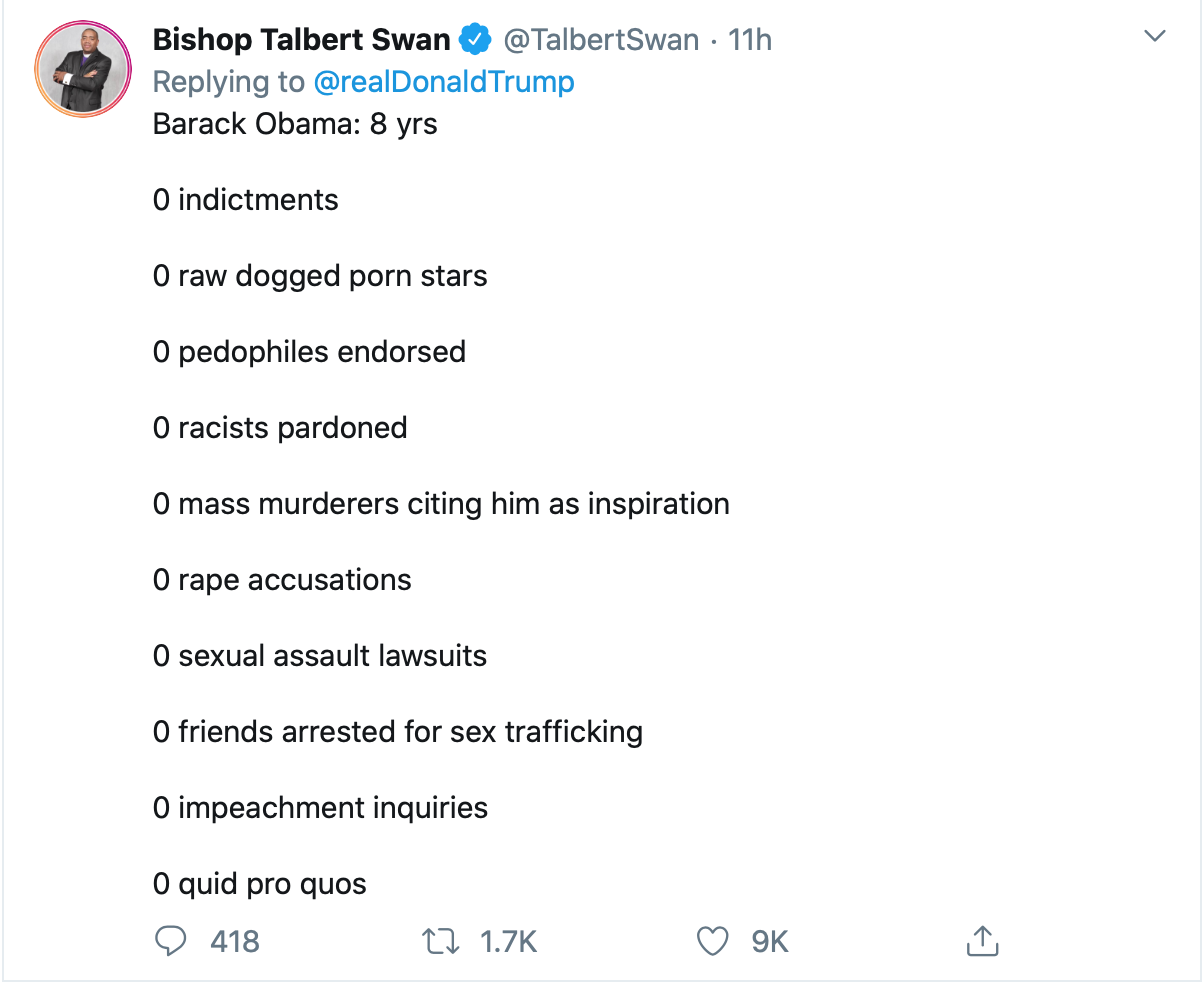 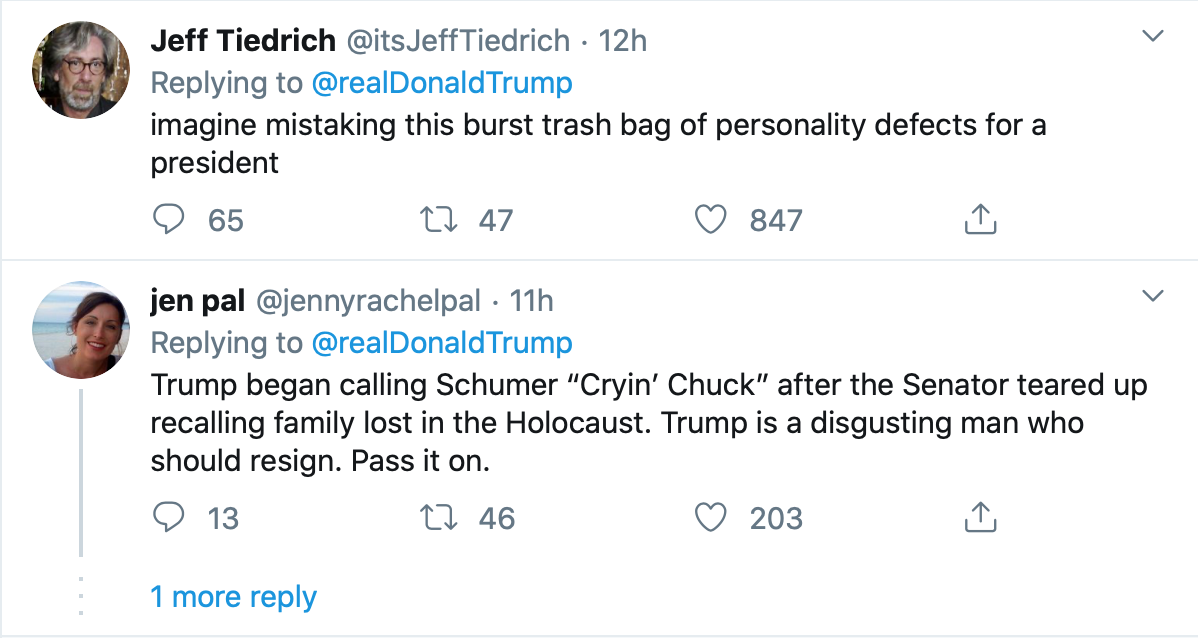 More fall out from Chuck Schumer's threat of violence against two SCOTUS justices — by name. Even the American Bar Association is speaking out against Schumer. Will we ever get an actual apology or just more excuses? pic.twitter.com/iorcAVyAZE

Trump has decided to weigh in – and he isn’t pleased.

Continue reading: Trump Warns Chuck Schumer After SCOTUS Threat: There Will Be ‘Trouble Ahead!’ ...