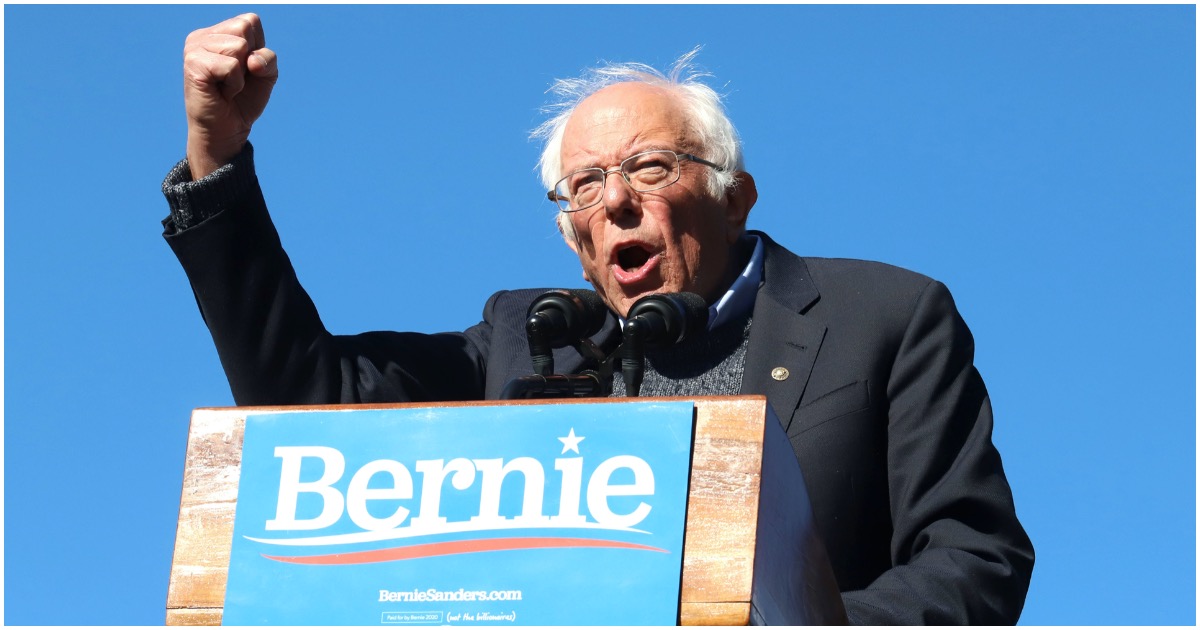 The following article, Bernie Sanders Set to ‘Substantially Increase Funding for Planned Parenthood’ If Elected President, was first published on Flag And Cross.

The “party of science” believes there are more than two genders and that it’s okay to kill babies in the womb (and sometimes out of it). At the end of the day, Roe v. Wade lead to the breakdown of the traditional American family lead to the rise of radical feminazism lead to Democrat Socialism.

And some people friggin’ love it.

At his Monday rally in Dearborn, Michigan, a primary that Bernie Sanders desperately needs to win over former Vice President Joe Biden, the senator from Vermont said more taxpayer dollars will be going to Planned Parenthood if he becomes POTUS. 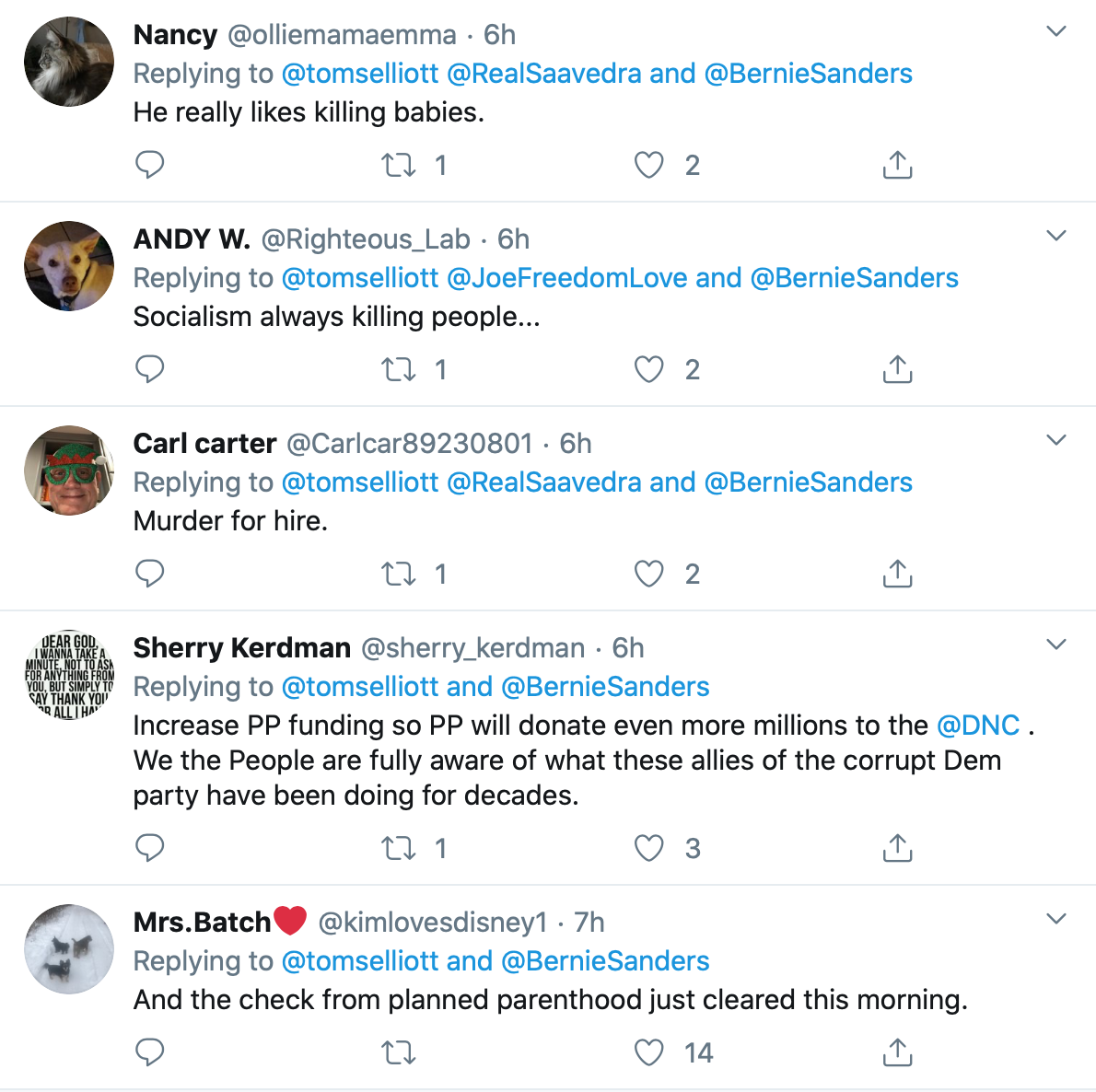 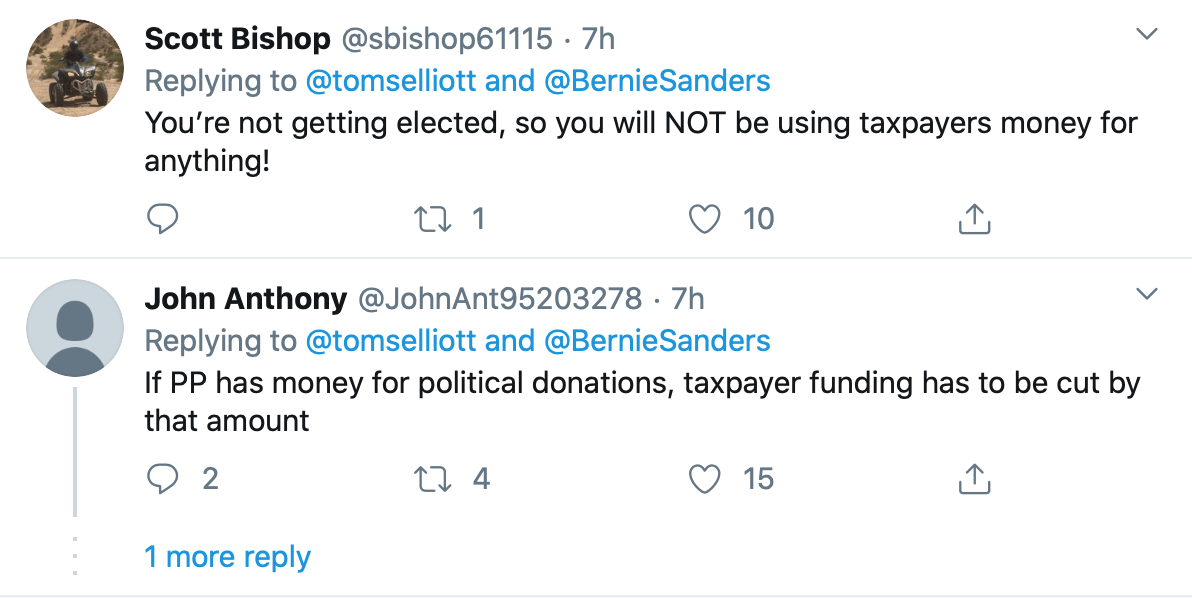 That’s how a Planned Parenthood ad describes a little girl in an ad. The implication, of course, is that the child is “better off dead.”

OMG. This is an actual Planned Parenthood ad for abortion that shows a sweet baby girl then implies she’s better off dead. What is wrong with these people? pic.twitter.com/irTvUnGSf3

What does this say about stage mothers – that someone would allow their child to be involved with this?

I am speechless and I’ll add what parent in their right mind would allow their child to be used in anadd this way?

This ad is proof that planned parenthood believes this to be a life! This ad will backfire and it should- every life should be given a chance to live.

She deserves to Be. Period!

This is absolutely the worst add ever. How can we in this century, in this century, embrace and normalize murder of the most innocent and helpless. The ones we should be protecting. It’s pure evil. Yet the same people would be up in arms about animals being mistreated and killed.

This is disgusting! Defund PP. I should have the choice if I want to pay for this insanity. I DO NOT. No tax payer money should help fund this organization. It’s your choice if you want to donate.

I pray Gods blessing is all over this ad~ And it Does save lives!!

It's like watching a scene from a science fiction movie where half the world loses their souls to satanic possession.

You are correct. I’ve always been pro choice. This ad actually made me nauseous. Powerful ad with the opposite effect. I have completely reversed my thinking on this. Thank you for sharing it.

Here’s the other thing, the big elephant in the room. Notice that the video features a happy, well-fed, very pretty, white baby girl. Smell the racism?