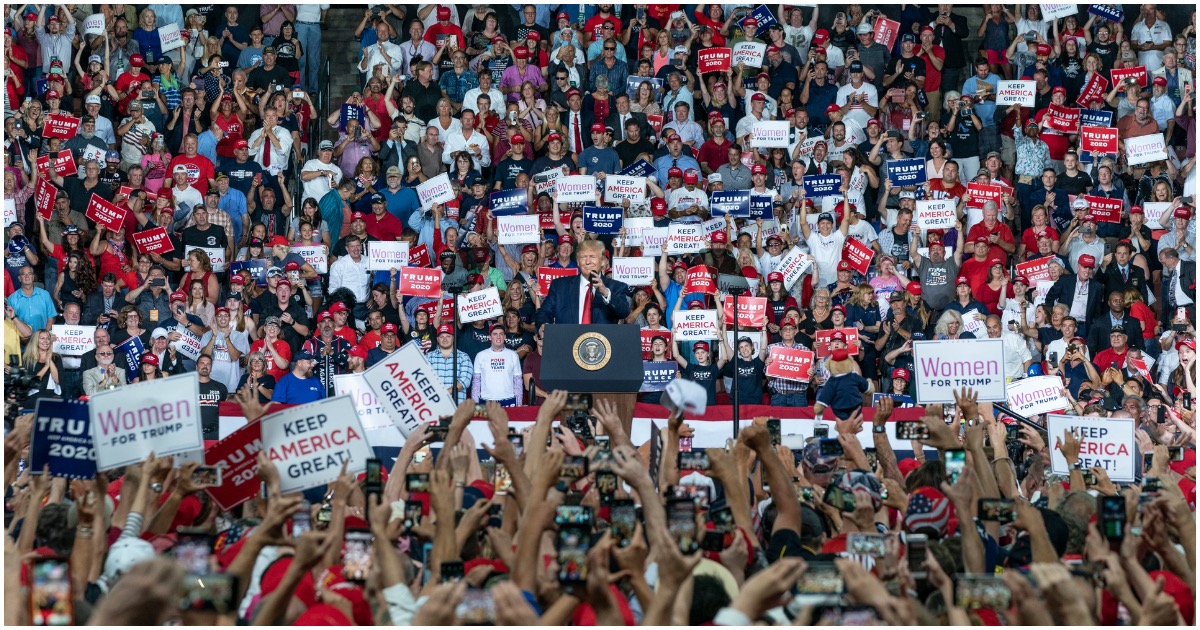 America continues to thrive economically thanks to the conservative policies of President Trump and his administration. At the end of the day, this is what the general election should be all about.

Do Americans want to see continued success, or do they want to replace POTUS with a socialist whose policies will kill the stock market? That is the question.

February’s Jobs Report gives yet another economic win to President Trump. Amidst the coronavirus outbreak, which has been amplified by the mainstream media, the Trump economy soared: the jobless rate was 3.5 percent and employers added 273,000 jobs in the month of February. Wage growth remained steady, growing at 3 percent.

“This is what you call shared prosperity… This is an absolutely phenomenal” jobs report.

Regardless of party affiliation, every American should be able to agree that record low unemployment for minorities is a good thing.

Seems a little odd, no?

RIDICULOUS: Rep Gwen Moore (D-WI) say "blah blah blah" to facts that minorities are doing well, unemployment is at record lows and that wages are increasing for Americans… it's shameful. pic.twitter.com/jDpfxxDscD

A $15 minimum wage for low-skilled workers sounds good in theory. If companies can afford it, then do it. But most businesses can’t afford it.

That’s why there is such pushback.

It doesn’t take a rocket scientist to figure out that spiking wages will cause companies to cut back workers’ hours, stop hiring, raise prices, and potentially go out of business entirely.

And yet, uninformed liberals keep fighting the fight just to hear their own voices.

House Democrats’ proposal to raise the federal minimum wage to $15 per hour would most likely leave 1.3 million Americans jobless by 2025, according to a study released Monday by the nonpartisan Congressional Budget Office (CBO).

Noting a “considerable uncertainty” about the impact a $15 per hour minimum wage would have on employment, the CBO estimated that “there is about a two-thirds chance that the change in employment would lie between about zero and a reduction of 3.7 million workers” by 2025, with the median estimate being 1.3 million jobless Americans.

It could not be easier to defeat a liberal argument.