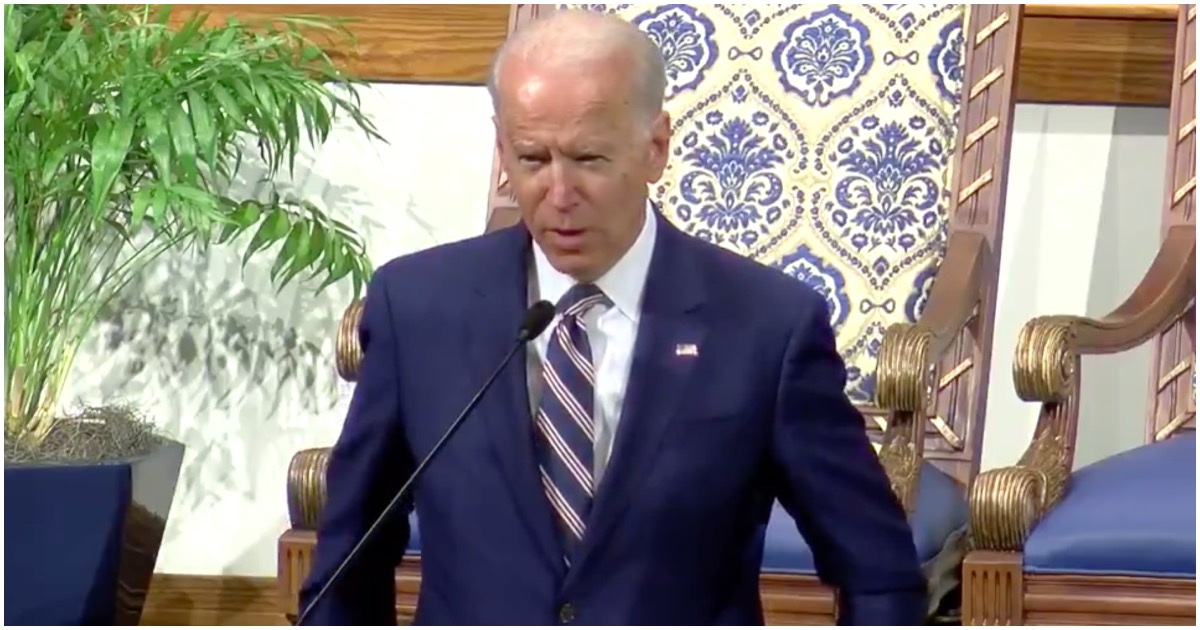 The following article, Joe Biden At Mississippi Baptist Church: President Trump Is A ‘Boll Weevil’ (Watch), was first published on Flag And Cross.

2020 Democrat hopeful Joe Biden gave a speech at a predominantly black Baptist Church in Mississippi on Sunday. During his rant, the former vice president labeled President Trump a “boll weevil.”

According to Orkin, a boll weevil is “best known for causing severe damage to cotton production. Since they can’t find food inside, these insects do not typically invade homes. However, they can attach to clothes or equipment and end up in the house. Their visits are usually temporary because the pests can’t survive indoors.”

In other words, Joe knows how to pander with the best of them.

'I'm gonna get clobbered for saying this': While speaking at New Hope Baptist Church in Jackson today, Joe Biden referred to President Trump as a "boll weevil." pic.twitter.com/1b9KveHjyb

The fact that the economy is thriving means next to nothing to Joe and it’s pretty sad.

To talk of eliminating hundreds of thousands of jobs because the AOC’s of the nation think they know what’s best is downright pathetic.

QUESTION: "Would you be willing to sacrifice…hundreds of thousands of blue collar workers in that transitioning to that greener economy?"

It wouldn’t be a normal day if Joe wasn’t caught on camera saying something silly.

Luckily for you, it’s a normal day. As expected, Biden was caught on camera being his usual Joey-self.

What is he doing in church calling people names and liars.