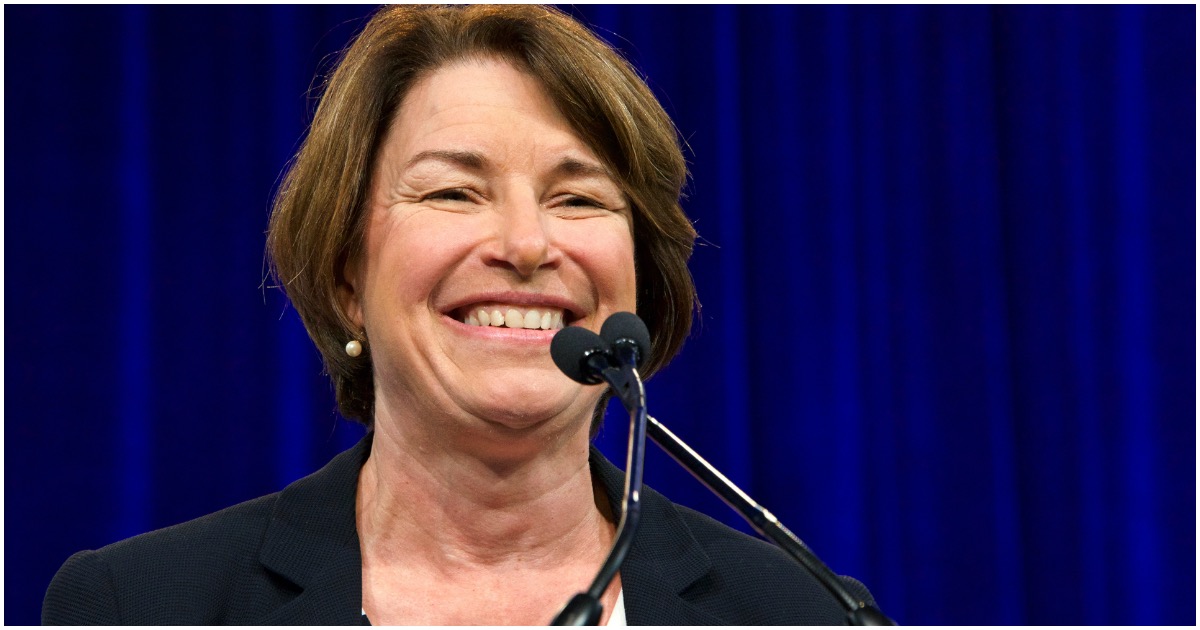 The following article, Possible Foreshadowing As Klobuchar Slips Up, Says She’ll Be Biden’s VP Running Mate, was first published on Flag And Cross.

Immediately upon dropping from the 2020 presidential race, Minnesota Senator Amy Klobuchar backed Joe Biden and he went on to win her state on Super Tuesday.

Now that Democrats know they have a choice between Biden and socialist Bernie Sanders, a number of undecided lefties may chose their man based on their choice in running mates.

Could we potentially see a Biden/Klobuchar ticket?

While campaigning on behalf of former Vice President Joe Biden, Sen. Amy Klobuchar (D-MN) had an embarrassing verbal flub when she accidentally told a crowd of Biden supporters that she was joining the ticket as the nominee’s vice president.

Bit of a Freudian slip…while stumping for @JoeBiden just now in Grand Rapids, MI @amyklobuchar says she “couldn’t think of a better way to end my candidacy than join the ticket…” to big applause. She quickly corrected to say “join the terrific campaign of Joe Biden” pic.twitter.com/axoOR1cX9D

The problem is that Dems are going too far-left too quickly. For some reason, they want everything at once instead of continuing to slowly spoon-feed the uninformed.

The harder left they go, the more the American people look forward to President Trump’s re-election. Ultimately, we won’t know for certain how things shake out until November.

But as of right now, POTUS is looking good.

During the ABC News Democrat debate on Friday night, only one Democrat signaled that they had a problem with a socialist becoming the party’s nominee to face President Donald Trump in November.

Video: Here's every Democrat except @AmyKlobuchar giving their approval (through their silence) that they would be okay with the eventual Democratic nominee facing President Trump being a socialist #DemDebate pic.twitter.com/rD037c5lQ3

The dems are trying to decide whether they can pander more votes with a female or a black VP choice. Perhaps they will come up with a black female choice? Meanwhile Trump is moving forward as he MAGA while doing so without any help from the dem congress.