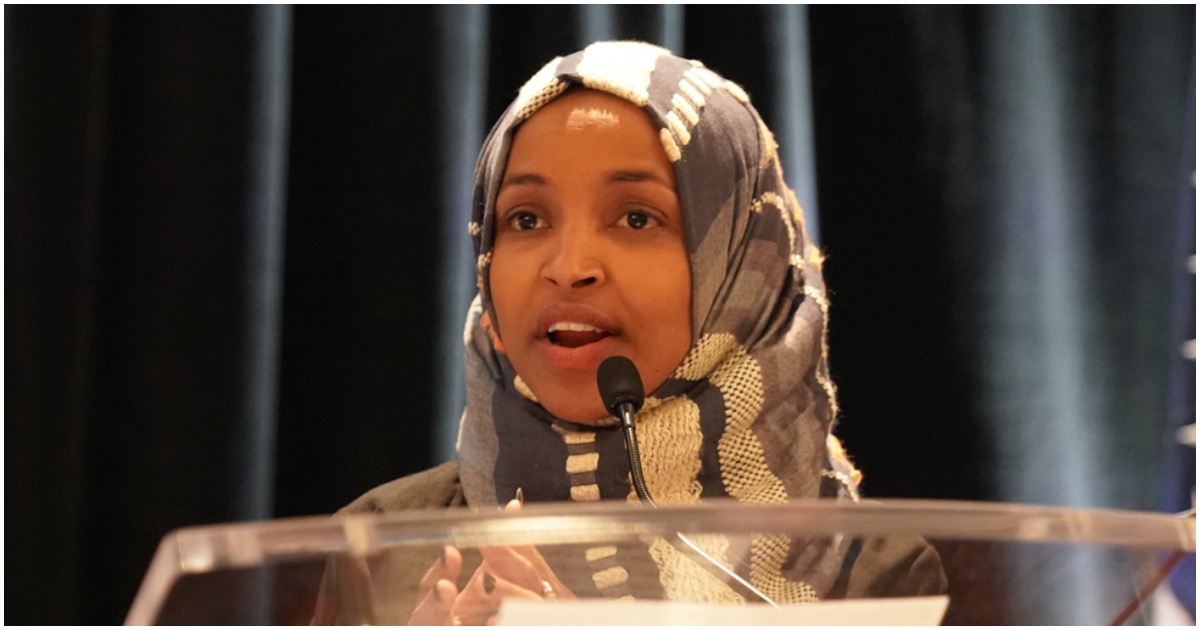 The following article, Omar: ‘Sexual Predators’ Kavanaugh & Clarence Thomas Should Not Have Say On Women’s Healthcare, was first published on Flag And Cross.

Democrats are scared. When they’re scared, they lash out. Heck, even when they’re not scare they still find ways to say and do silly things. And freshman lawmaker Ilhan Omar (MN) has become one of their worst offenders.

Rep. Ilhan Omar lashed out at Supreme Court Justices Brett Kavanaugh and Clarence Thomas during a contentious abortion debate, referring to them as “sexual predators.”

Two accused sexual predators should not be deciding whether or not women have access to healthcare in this country. https://t.co/okJE85pwoN

Omar posted the tweet as both sides of the abortion debate descended on the Supreme Court to debate a case that would require doctors performing abortions to obtain admitting privileges at a hospital within 30 miles.

In other words, Omar might be in really big trouble very soon.

Even though the FBI and other federal agencies are reviewing cases against her, what’s the worst that will happen? You know the mainstream media will work overtime doing everything they can to protect her.

Plus, if she resigns her post she’ll come out looking like the good guy because big bad Republicans forced a woman of color out of office. It’s a no-win situation, from a public relations standpoint.

Federal investigators finally seem to be reviewing the overwhelming evidence against @IlhanMN.

And at least THREE agencies are considering her case:

In Oct '19, the @FBI held a formal meeting to discuss a file of evidence against Ilhan Omar.

(I was invited, but did not attend. I did submit new info to the FBI via an attorney.)

The @FBI has since found the evidence compelling enough to share with these 2 agencies.

The DofEd. IG is considering evidence that Ilhan married a UK citizen in '09 perhaps to commit student loan fraud, or other education fraud.

She still lived w/ her 1st husband throughout.

Govt agencies rarely acknowledge an investigation. For now, I can confirm that the @FBI chose to share evidence w/ at least these 2 agencies.

The force is not strong with Omar. You could hold up four fingers right to her face and she’d still argue that there are only two or three.

That’s because Democrats love to argue and cause division, above all else.

Take the Katie Hill sex scandal, for example. The 32-year-old freshman lawmaker resigned from office in disgrace after being caught having an affair with multiple staffers.

Hill’s downfall was clearly because of Hill. Omar doesn’t see it that way.

According to Ilhan, Hill was the victim of a “smear campaign.”

Best of luck on your new journey @KatieHill4CA, we got you

To all the women/girls out there, do not be deterred from pursuing your dreams. We must and will create a society where you cannot be defamed, smeared and kept from your career aspirations because of smear campaigns! pic.twitter.com/aXcPuNRWWj

You condone her behavior? Not surprised….

“Little girls, it’s fine to grow up and abuse your power over employees by leveraging it into sexual relationships! You don’t deserve any sort of punishment for that”

Also to all the young girls. Be sure to grow up knowing that you are responsible and accountable for your actions. Don’t blame the world/others for your bad decisions.

It's not a smear campaign if she disgraces herself. #truth

Omar shouldn’t have say on anything in America. Rather sad day when America allows these anti Americans into the country and then allows them to infiltrate our government.

Hey no pregnant women there… You women that want abortion should have taken precautions which would have been no issue. Most all these women seem to have no tolerants for men, good luck with your lives ladys.

Its always amazed me how liberals think that killing babies is women’s healthcare,actually abortion has nothing to do with healthcare, except of course the babies health which is not in the least taken into consideration,no woman or man has the right to take the life of their unborn children,Yahweh removed the right to murder the innocent long ago,and sense his words are already settled,this means that Yahweh’s judgement won’t change now or ever.