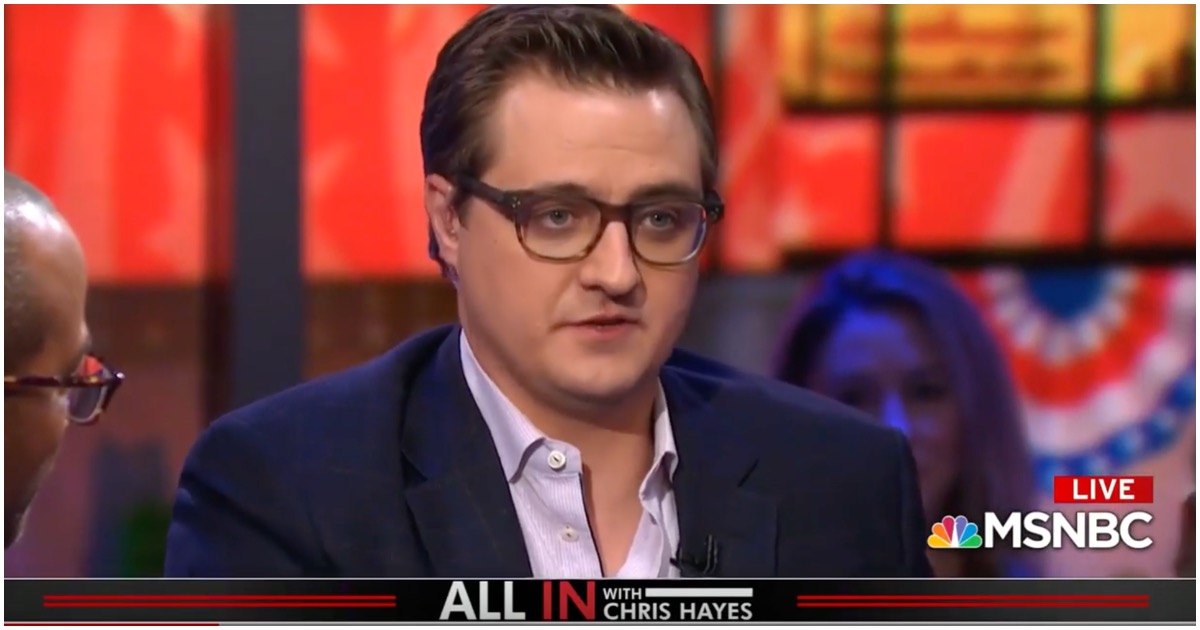 The problem with most liberals is that they have no clue about the history of the Democrat Party. Unfortunately, Hollywood and the mainstream media remains intent on keeping the uninformed in the dark.

MSNBC anchor Chris Hayes erased the existence of black Republicans Friday when he asserted that there’s “only one party” to which African Americans can belong.

“White people in America have two parties to choose from and between those two parties they sort in all kinds of ways,” Hayes said, describing different white voter profiles but asserting that all types of black Americans must join “the Democratic Party, because there’s only one party they can be a part of because of the nature of structural white supremacy in America in the political coalitions.”

Check out Hayes in a moment he should never be able to live down, via NewsBusters:

MSNBC panel: @KamalaHarris faced a “double edged sword” of being a black woman.

Wallace: “There is a gender piece here that we still suck at talking about."

Sharpton: “Women are held to a different standard and black women especially." pic.twitter.com/SfAb2oaDzS

Oh oh, too late msnbc, black Americans and hispanics are jumping ship from the dem/kkk political party already. KAG by voting out all dems & rinos.