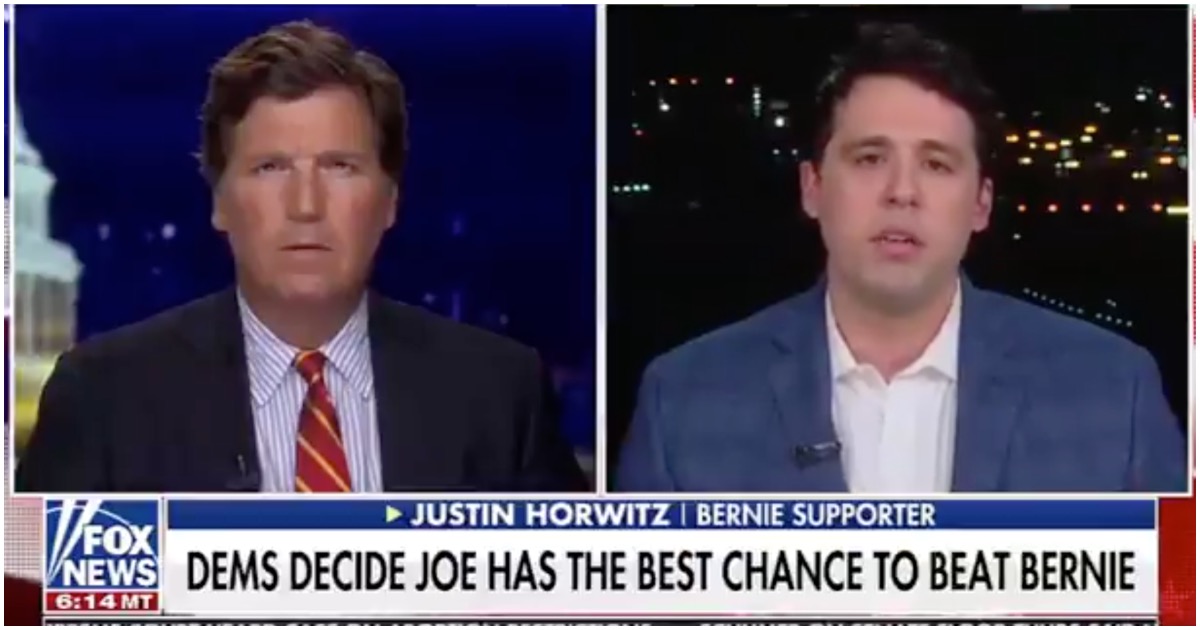 The following article, ‘Clearly Not All There’ – Democrat Strategist Talks About Biden’s Declining Mental Health (Video), was first published on Flag And Cross.

The “party of diversity” has decided that one of two old, rich, white men is the best person to take down President Trump in November. While Senator Bernie Sanders is a full-blown socialist, intent on turning America into a third world country with policies that would see her crumble, former Vice President Joe Biden is a man who can’t go a single day without saying something unintentionally hilarious.

Check out this Democrat strategist going after Biden for his blatantly obvious deteriorating mental health, via Breitbart:

Democrat strategist and backer of Sen. Bernie Sanders (I-VT) Justin Horwitz said during a Thursday appearance on Tucker Carlson Tonight that Joe Biden (D) is “mentally deteriorating” and that it will be a “disaster” if the Democrat establishment’s purported efforts to “shield” the former vice president prevail, leading to a head to head matchup with President Trump.

I went on Fox News because MSNBC andCNN won't allow people who support Sanders to air out the elephant in the room: Joe Biden's mental health. It's something we all see, and we should get out ahead of it now, because this will be a major part of how Trump crushes Biden. pic.twitter.com/5hdL3VAAr7

His remarks about America’s biggest ally in the Middle East are pretty damning.

And so America’s only logical choice: Re-elect Trump.