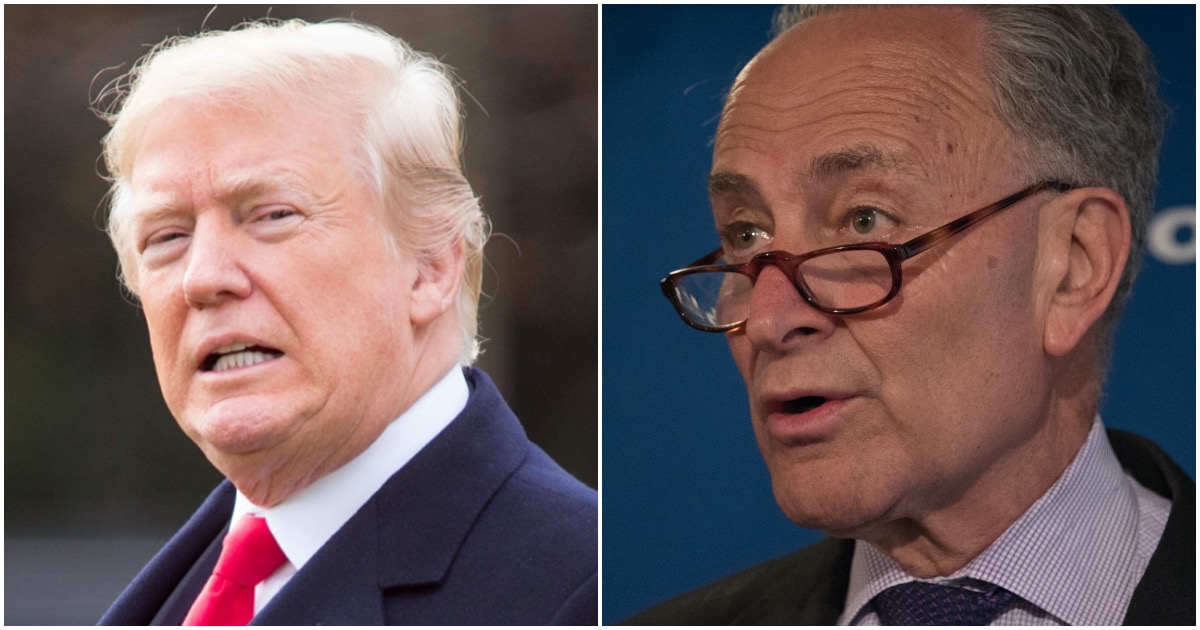 The following article, Trump Demands ‘Action’ Against Schumer After SCOTUS Jab, Senator Motions to Censure Chuck, was first published on Flag And Cross.

It all started because Senate Minority Leader Chuck Schumer was defending abortion advocates. He sent a threat to Supreme Court Justices Neil Gorsuch and Brett Kavanaugh, both of whom were nominated by President Trump.

Now, Trump has decided to weigh in – and he isn’t pleased.

Have to believe that if a conservative had threatened the supreme court justices that conservative would be in big trouble, but then the dems/socialist must be immune from justice for their acts & statements promoting violence.