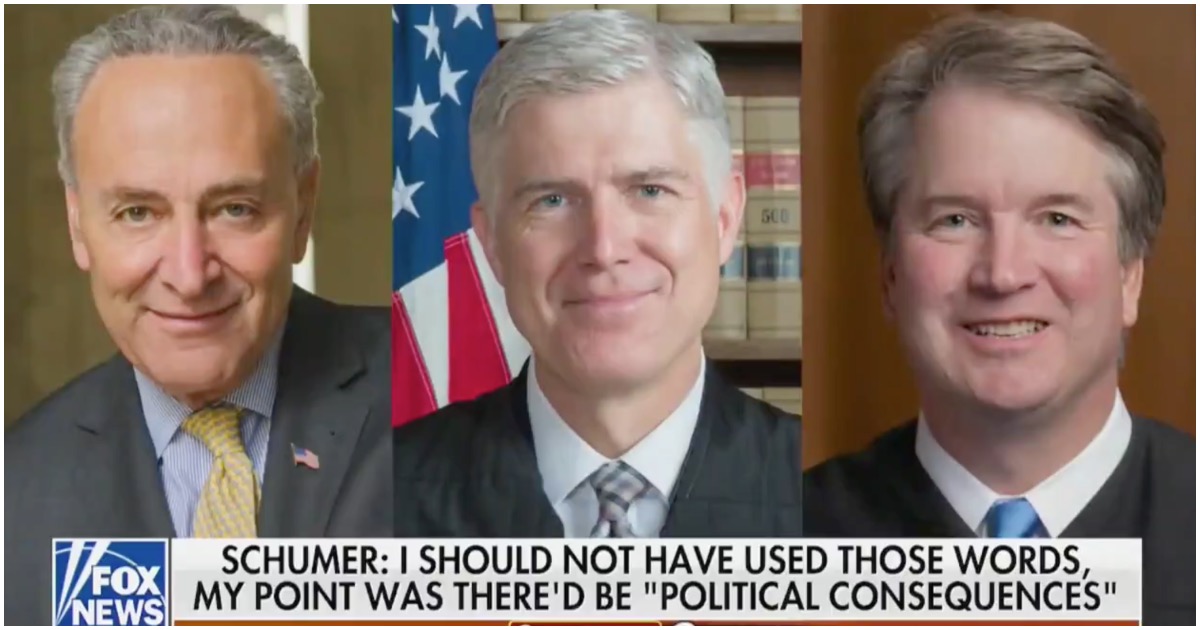 The following article, Schumer ‘Threatening’ SCOTUS Justices ‘May Very Well Be Criminal,’ Says Former US Attorney, was first published on Flag And Cross.

It all started because Senate Minority Leader Chuck Schumer (D-NY) was defending abortion advocates. He sent a threat to Supreme Court Justices Neil Gorsuch and Brett Kavanaugh, both of whom were nominated by President Trump.

Now, Chuck could potentially be in trouble.

More fall out from Chuck Schumer's threat of violence against two SCOTUS justices — by name. Even the American Bar Association is speaking out against Schumer. Will we ever get an actual apology or just more excuses? pic.twitter.com/iorcAVyAZE

Trump has decided to weigh in – and he isn’t pleased.

There is definately a lot to find out about this subject. I like all the points you made

There is definately a lot to find out about this subject. I like all the points you made