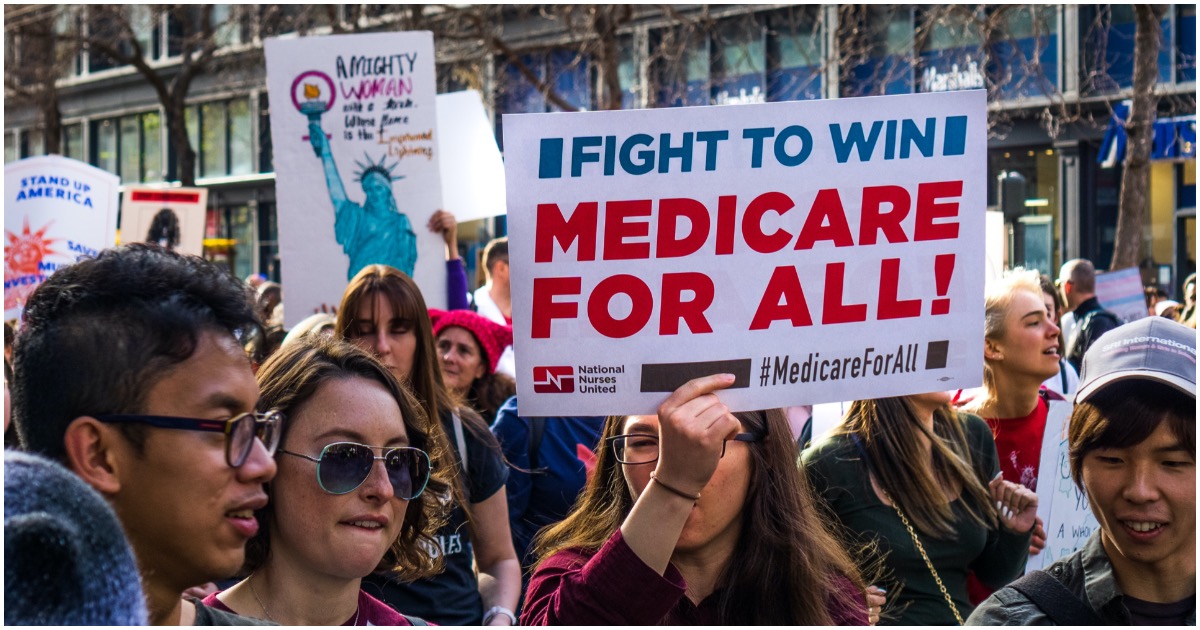 The following article, New Report Shows Medicare For All Would Cost American Taxpayers $32 Trillion [Details], was first published on Flag And Cross.

Even though it would appear President Trump has a very decent shot at winning a second term in the White House, never underestimate the power of “free stuff.” After all, it worked wonders for Barack Obama.

A new study purports to show that Medicare for All would actually save taxpayers and consumers money. Academics at three University of California campuses looked at 22 studies on the projected cost of single-payer health insurance in the United States only to find that they would likely save money in the long run.

But don’t go branding Bernie Sanders a fiscal hawk just yet. Many of these studies don’t pass the smell test. Some are being completely misconstrued by researchers attempting to analyze socialized medicine.

Researcher Christopher Cai and his co-authors claim that there is “a high degree of analytic consensus for the fiscal feasibility of a single-payer approach in the U.S.” Bizarrely enough, one of the research papers used to support the authors’ claims is a landmark 2018 Mercatus Center analysis finding that Medicare for All (in the form proposed by Sanders) would cost taxpayers more than $32 trillion over 10 years, going by conservative estimates.

Once again, AOC fails to make her point while arguing in favor of the conservative view. She does this often. That’s the problem with liberals.

See for yourself, via Daily Wire:

Socialist Rep. Alexandria Ocasio-Cortez (D-NY) complained about being on government healthcare on Sunday, saying that there were too many options available for her to deal with the “complex financial products.”

Members of Congress also have to buy their plans off the exchange. They are Gold plans that are partially subsidized.

That means I get to “choose” btwn 66 complex financial products.

This is absurd. No person should go without healthcare, &no one should go through this, either. pic.twitter.com/bIeD71CD5g

While I am VERY thankful to finally have health insurance, it is a moral outrage that it took me *getting elected to Congress* for that to happen.

The US needs to become an advanced society. That includes establishing healthcare as a right to all people.

And as someone who has now experienced many parts of the insurance spectrum (being uninsured, underinsured, and adequately insured) I don’t see how anyone can think our current healthcare system only needs a 10% improvement or a just few tweaks.

And once again, make sure to get insured if you can at https://t.co/oM59nhveTV

I know some folks are bristling at the fact that I am pointing that out, but we have to acknowledge the reality so we can move forward together.