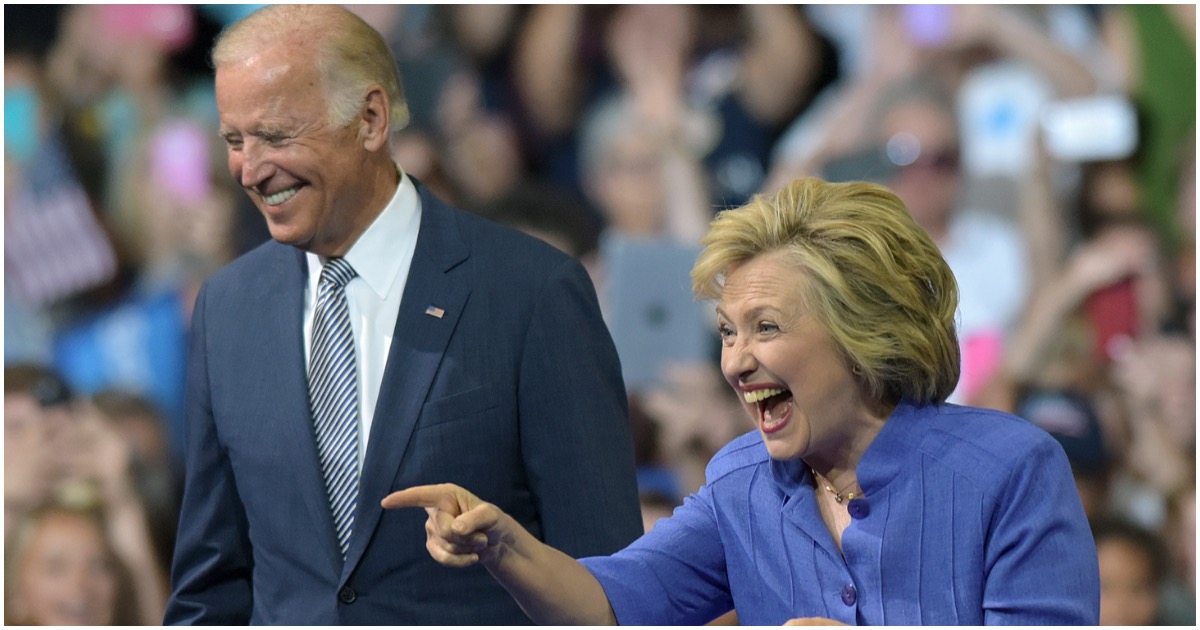 In the past few days, Klobuchar, Warren, Buttigieg, Steyer, and Bloomberg all dropped from the 2020 race. Now that Joe Biden and Bernie Sanders (maybe Tulsi Gabbard?) are the only two Democrats left standing, the former vice president once again appears to be on solid ground.

If Biden is handed the liberal party nomination, who does he choose to be his running mate? Conservative actor James Woods makes a very solid point about twice-failed candidate Hillary Clinton.

Actor James Woods told his large Twitter following that Joe Biden would pick Hillary Clinton as his vice presidential running mate and eventually resign so she can become president.

So I pretty much predicted this. It’ll be #Biden and #Hillary as his vice presidential candidate. He will eventually “gracefully” resign as his dementia worsens and… Voila! #MadamePresident at last! (and in case he gets indicted for his Ukraine corruption, she’ll pardon him… pic.twitter.com/rNbvHyepbi 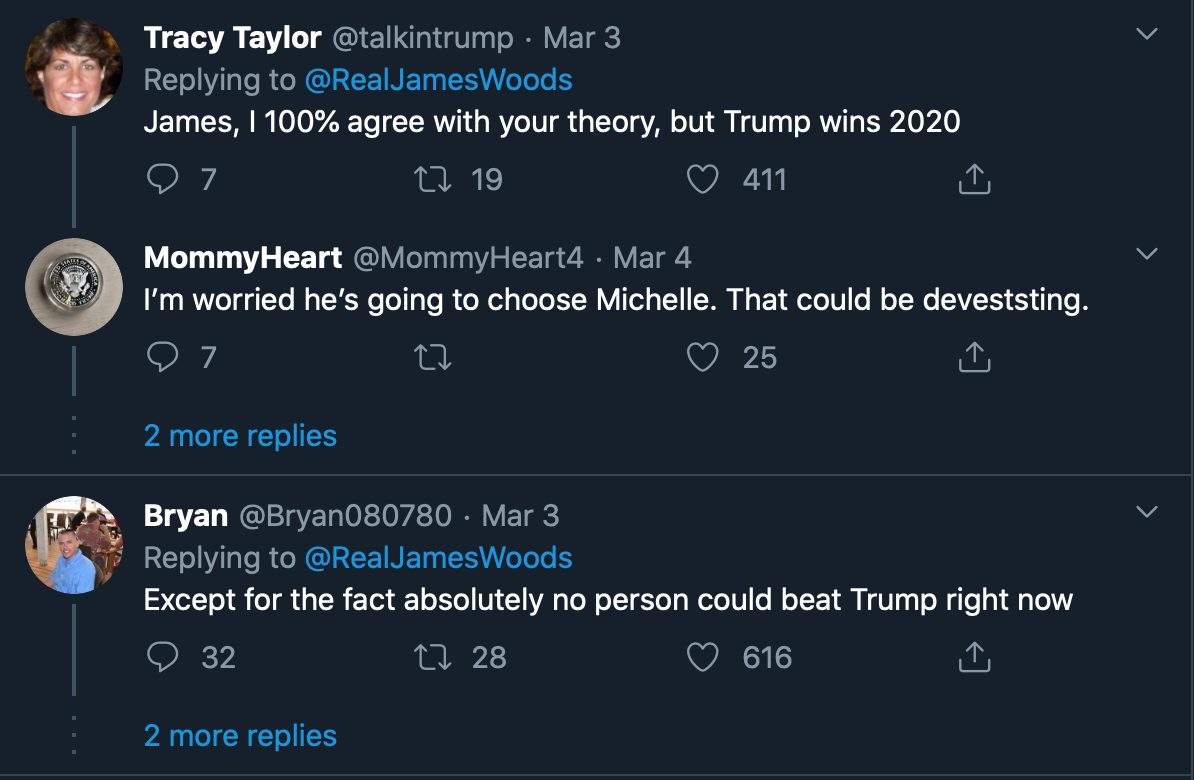 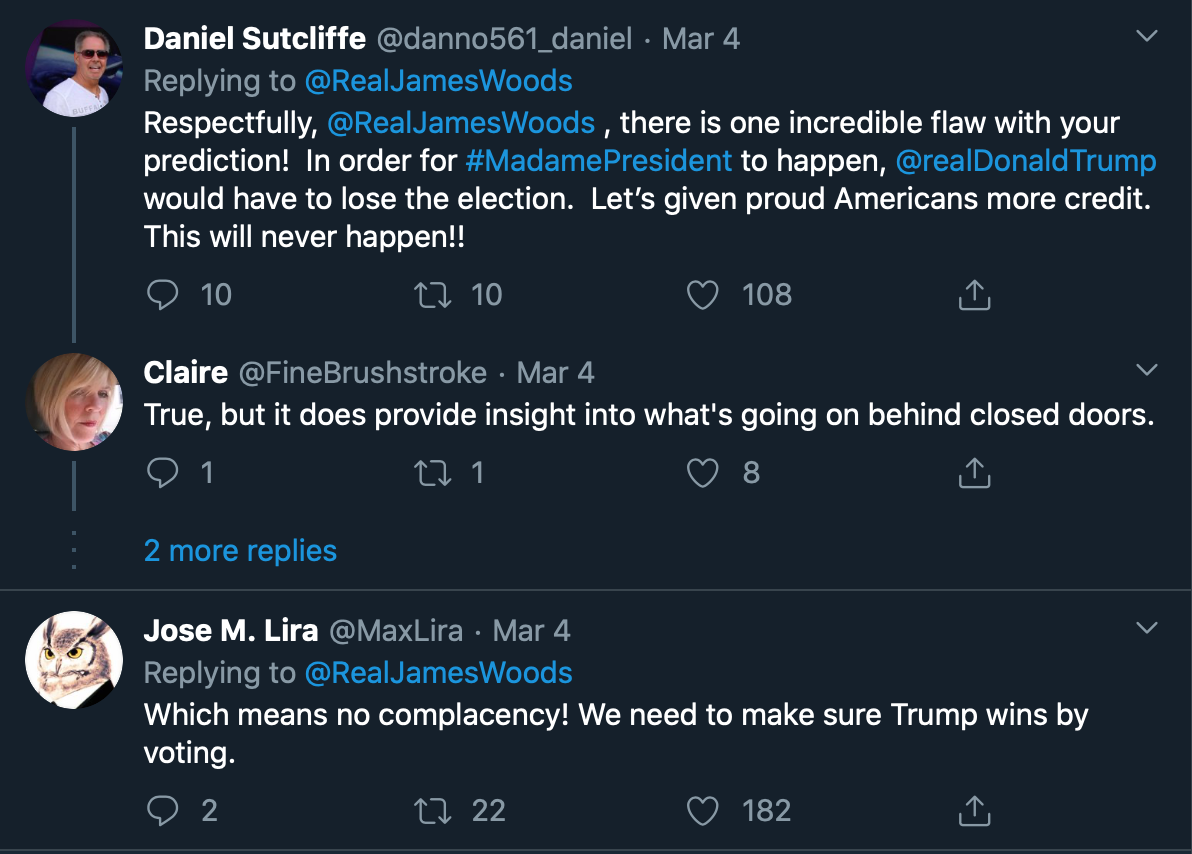 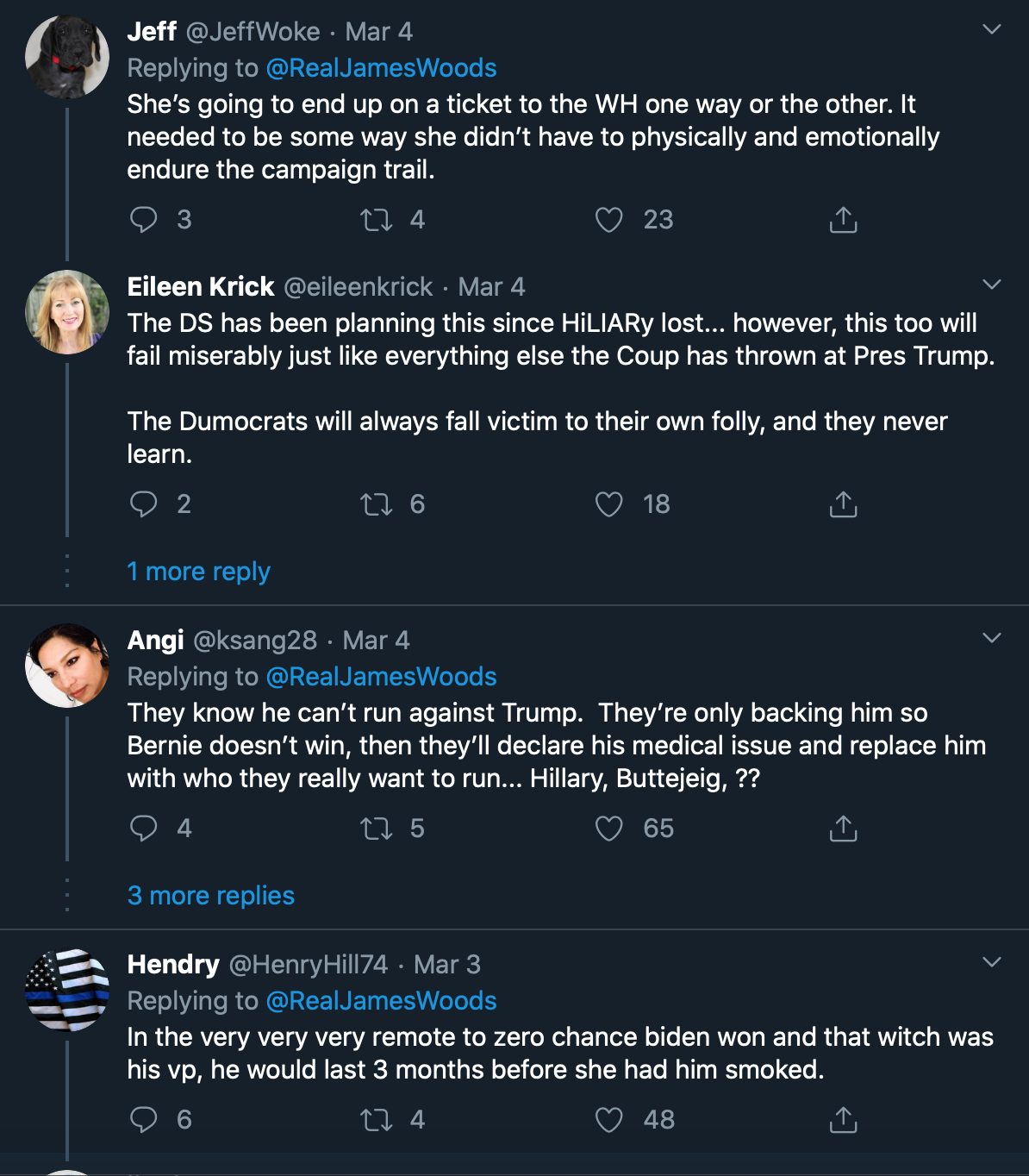 Former Secretary of State Hillary Clinton said in a recent interview that she feels “the urge” to beat President Trump in the coming election, and pledged to everything she can to “help elect the Democratic nominee” this year.

Clinton’s comments came in response to a question she was asked in an interview with Variety at the Sundance Film Festival, where her docu-series “Hillary” is appearing. During the interview, which was published on Tuesday, a reporter asked Clinton if she ever feels “the urge to think: ‘I could beat Donald Trump if I were running.’”

Clinton bellowed, “Yeah. I certainly feel the urge because I feel the 2016 election was a really odd time and an odd outcome.”

She screeched, “And the more we learn, the more that seems to be the case. But I’m going to support the people who are running now and do everything I can to help elect the Democratic nominee.”

Weird how she can say this over and over for 3 years now with 0 journalists fainting.

Her biggest electoral achievement came against freakin' Bernie Sanders ( before most people knew who the hell he was ), but let's keep acting like she isn't a terrible candidate.

Too of the biggest crooks running for the POTUS. I know that she plans to become POTUS claiming Biden is incapable to be POTUS. How convenient for her, the only way she’ll be the first Female POTUS. Gabbard should be the best choice if she would change parties because she is in a broken down party. A party that still claims Trump is under Putins finger when knowing Putin is pushing for Sanders so that Sanders can take the sanctions off. So who’s colluding with Russia?

If so and if biden elected old hillary would very likely be the president as by all appearance old uncle joe would be in a rubber room. He is now showing signs of dementia and it seems to be progressing very rapidly.