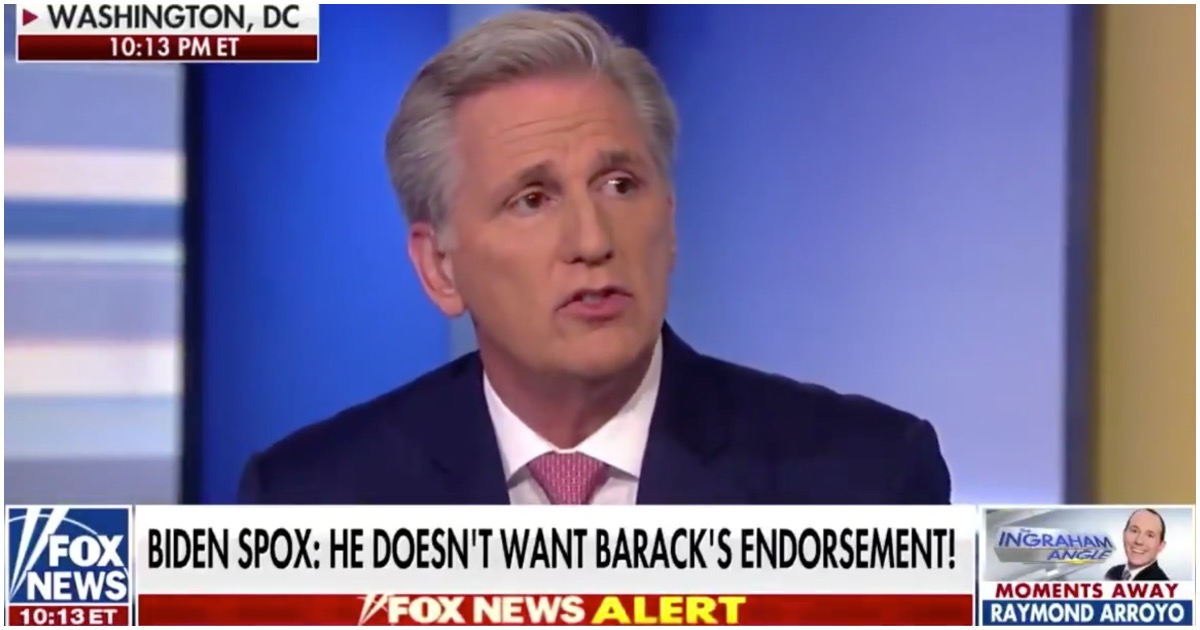 The following article, GOP Leader Confirms Pelosi Held Up Coronavirus Funding So Dems Could Hit Trump In Ads, was first published on Flag And Cross.

House Minority Leader Kevin McCarthy (CA), the man who could be the next Speaker if Republicans win back the lower chamber in November, blasted Nancy Pelosi (D-CA) during a Thursday appearance on Fox News.

He made it clear that Pelosi hold up Coronavirus funding so Democrats could use it against President Trump in ads for Super Tuesday.

Speaker Nancy Pelosi (D-Calif.) on Thursday admonished President Trump for his recent statements on the coronavirus, accusing the president of misleading the public about both the severity of the epidemic and the effectiveness of the administration’s response.

Speaking to reporters in the Capitol, Pelosi knocked Trump, accusing him of downplaying the threat of virus, which has been detected in at least 17 states, while pushing blame on his predecessor for the administration’s sluggish rollout of diagnostic tests.

Pelosi is one of these people severely afflicted with Trump derangement syndrome. A February interview with CNN says it all.

Nearly every single Democrat from the 116th Congress will be remembered in a negative light.

At the top of that list sits Nancy “I’m such a bad Catholic that I’m refused the host” Pelosi – and rightfully so.

America is thriving economically, no thanks to Nancy or any Congressional Democrat.

The best part is that President Trump hasn’t had to use a million executive orders to get his agenda passed, unlike his predecessor.

So important that the democrats lose “control” of the House so America will continue on the Trump path to becoming great again. The dems with pelosi in control are doing nothing but hindering and obstructing all attempts to erase the 8 terrible obama years. So voting republican in November is voting for America.