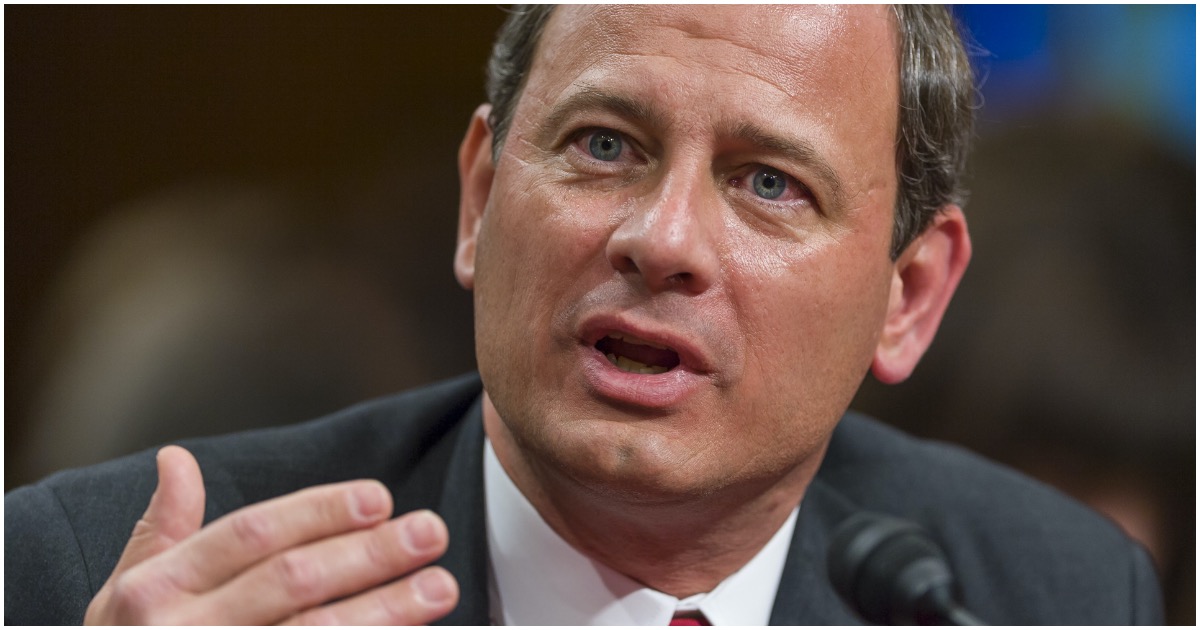 The extraordinary back-and-forth began hours earlier at a pro-choice rally hosted by the Center for Reproductive Rights, when Schumer ominously singled out President Trump’s two Supreme Court picks: “I want to tell you, Gorsuch. I want to tell you, Kavanaugh. You have released the whirlwind and you will pay the price!” Schumer warned. “You won’t know what hit you if you go forward with these awful decisions.”

"You have released the whirlwind and you will pay the price! You won't know what hit you if you go forward with these awful decisions!"pic.twitter.com/e1qKzocJDj

Chief Justice Roberts responds to Schumer (via @PeteWilliamsNBC): "Justices know that criticism comes with the territory, but threatening statements of this sort from the highest levels of government are not only inappropriate, they are dangerous." 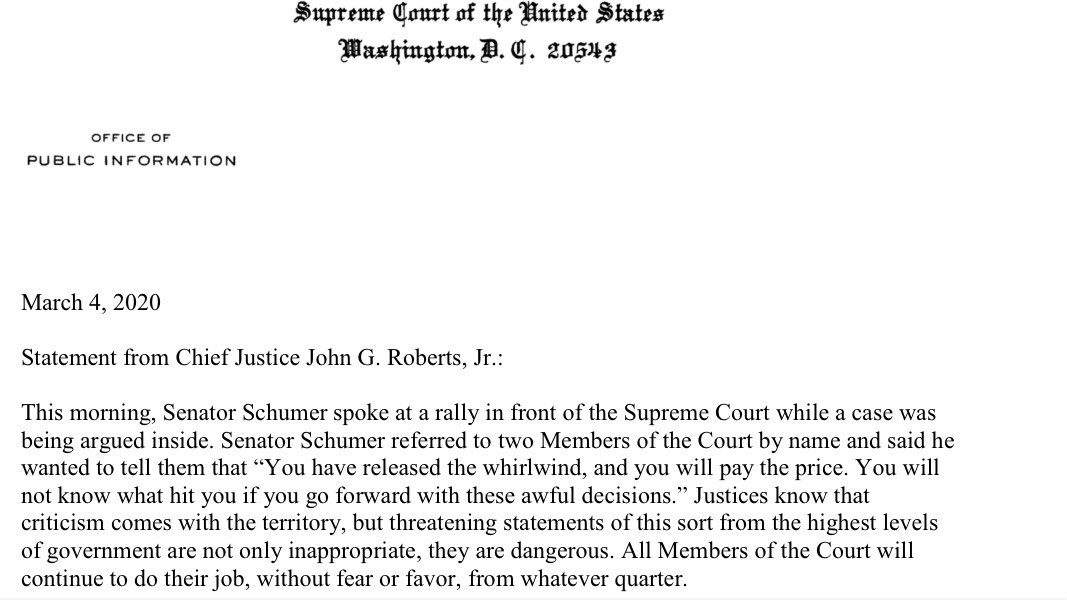 Schumer spox says of Schumer's comments this morning: "It was a reference to the political price Rs will pay for putting them on the court and a warning that the justices will unleash major grassroots movement on the issue of reproductive rights against the decision."

Democrats in Congress and the mainstream media seem to be doing everything possible, working overtime even, to get President Trump re-elected.

Because of words and actions from the Democrat Party, polls suggest Americans will flock to POTUS this coming November.

Schumer’s recent thoughts about a socialist potentially receiving his party’s presidential nomination isn’t exactly going to win over middle America, but he knows that.

And he doesn’t care.

None of them do.

Sen. Chuck Schumer pledges Democrats will be "strongly united” behind a socialist if they’re the nomineehttps://t.co/OQdAB0nn0O pic.twitter.com/ruMMXyKTx7

And so, when is law enforcement action against schumer to take place?