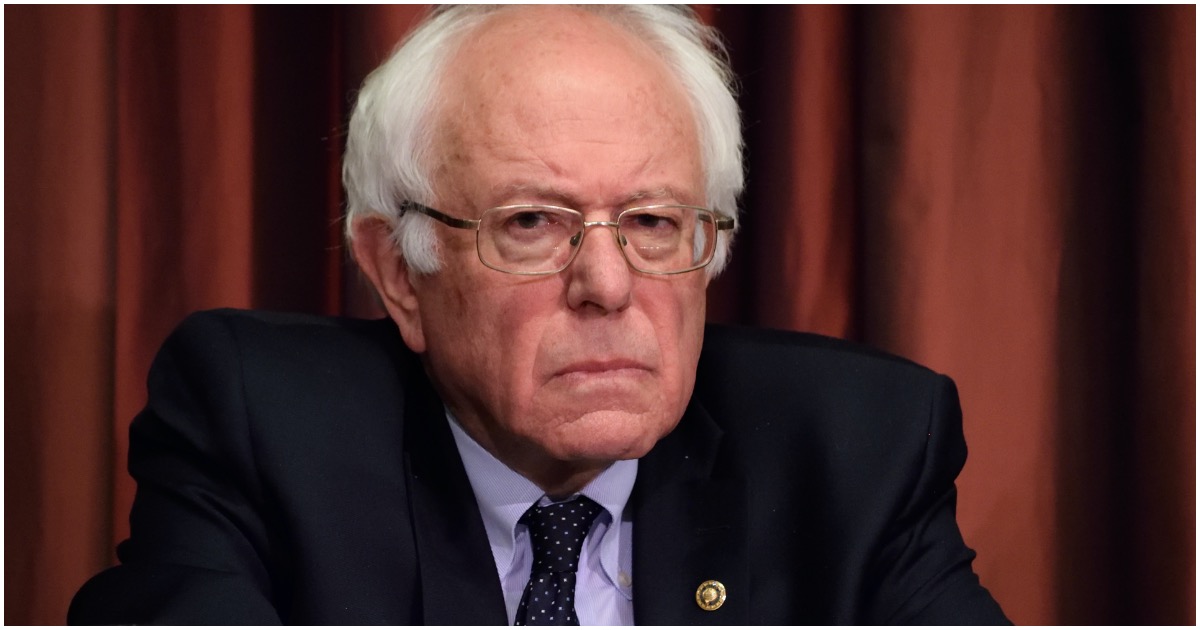 The following article, Bernie Sanders Was Created In Liberalism’s Laboratory (Opinion), was first published on Flag And Cross.

The most terrifying moment is when the monster returns to wreak havoc on its creator on his wedding night.

There is a monster stalking the Democratic Party, which they claim they do not understand. In fact, they say they fear it. They’re in a panic, like villagers fleeing in terror from a ghoul in the darkness.

But why the long faces? Why the shock? Like Dr. Frankenstein, the Democrats could have prevented this terrifying scene by never creating the monster in the first place.

MNSBC’s Chris Matthews compared the monster to the Nazis defeating the French army in 1940.

Longtime Democrat strategist James Carville called the monster a form of suicide for the Democratic Party. But Carville had a hand in the monster’s creation, as did every Democrat of the last several decades.

Small town Mayor Pete Buttigieg sounded the alarm on his way to losing Nevada to the monster and eventually leaving the race entirely. But Mayor Pete calls for many of the same policies the monster wants, because the monster is in control now. Even the so-called “moderate” Joe Biden wants to empower the state to command the economy from Washington. He’s doing the monster’s bidding too. A win in South Carolina by Joe Biden. cannot save you from the monster.

The Democrats as a party claim to be shocked at the monster’s rise. But their shock is feigned. It is disingenuous. Because the Democrats have been constructing this monster for decades.

More than 40 years ago, the Democrats went to the political science lab with a mad plan. Like Victor Frankenstein, they wanted to play God. They would shift the nation’s beliefs to the left toward socialism over time. They would be patient. They would march through America’s institutions and use them to cobble their monster together. They used the nicest words to describe their horror — words like “fairness” and “equality.” But what they meant was collectivism, envy and lust for godlike power over the rest of us. They embedded socialist dogma, quietly, in our education system to raise generations of socialists. They went to work on our churches, shifting them to the left bit by bit too.

They embedded socialists into the deep state. The assembled monster stirred a little.

When the time was right, the young hearts and minds they insidiously captured would push and pull the nation farther and farther to the left, toward collectivist thinking and socialist governance. Lighting would strike. The monster would fully awaken. That was the plan.

They can’t say they did not know what the monster was, and what it would do. They lived through the Cold War. They knew what socialism inevitably leads to. Matthews knows it’s a murderous beast. He said as much last month, as the monster’s power surged.

“I have my own views of the word ‘socialist’ and I’d be glad to share them with you in private. They go back to the early 1950s. I have an attitude about them. I remember the Cold War,” he said.

Matthews continued, “I have an attitude towards [Fidel] Castro. I believe if Castro and the Reds had won the Cold War there would have been executions in Central Park and I might have been one of the ones getting executed. And certain other people would be there cheering, okay?” This is the Truman-Kennedy brand of anti-Communism talking and unfortunately its mostly dead.

Four years ago, the monster got a taste of life, followed quickly by rejection leading to rage. The party that created it, cheated it. The socialist monster should have held the presidential nomination in its hands but the Democrats played superdelegate games and usurped it in favor of a corrupt and unlikable, passionless substitute, Hillary Clinton. And so the monster the Democrats created seethed with rage against them.

That monster escaped years ago and it has now returned to wreak vengeance on its creators. Bernie Sanders and his socialist base are loose and using the chains that the Democrats thought held it in place to jerk the party around. And it’s entirely the Democrats’ fault.

At any point during the decades Sen. Bernie Sanders sat in the Senate, the Democrats could have chosen not to accept him. He openly rejected them. He refused to wear the party label and called himself an Independent. He even called the Democratic Party corrupt. But the Democrats wanted power so badly they took the Democratic Socialist in, knowing full well what a monstrous ideology he believes. Knowing that he partied with the Soviets and admires communist dictators Hugo Chavez and Fidel Castro. They wanted him for the single seat he gave them toward a majority. They thought they could control him.

“Listen to me, Frankenstein. You accuse me of murder; and yet you would, with a satisfied conscience, destroy your own creature. Oh, praise the eternal justice of man!” –the Monster, Frankenstein, Mary Shelley

Rep. James Clyburn (D-SC) believes nominating Sanders puts the Democrats’ House majority in peril. He’s right. And it’s as much his fault as any other Democrat who failed to denounce the left’s insidiuous march through our institutions. Clyburn endorsed former Vice President Joe Biden in the South Carolina primary, but Sanders hauled Biden to the far left like the monster pulling its creator around by the chains that once held it in the lab. The monster’s rise is Clyburn’s and every other Democrat’s fault for failing to deal with it before it got too strong.

“I am malicious because I am miserable.” – the Monster, Frankenstein, Mary Shelley

Socialism is a ghastly ideology. It substitutes faith in God and the family for fealty to the state. It crushes dissent. It institutionalizes terror. It divides families and makes secret police of subjects who were once called citizens. It purposely destroys personal and economic freedom to foster dependency. It corrodes the soul and destroys personal responsibility.

Returning to Chris Matthews, the socialist occupy left his party has fostered for decades now wants to deprive him of his job because he said things they disapprove of. So he apologized. The monster is stronger than its creators now. Speech codes. Political correctness. Othering and cancel culture. All of it. If Sanders were to somehow become President of the United States, the violent Bernie Bros will come for the likes of Chris Matthews first.

…you, my creator, detest and spurn me, thy creature, to whom thou art bound by ties only dissoluble by the annihilation of one of us. You purpose to kill me. How dare you sport thus with life? …If you will comply with my conditions, I will leave them and you at peace; but if you refuse, I will glut the maw of death, until it be satiated with the blood of your remaining friends.” – the Monster, Frankenstein, Mary Shelley.

The monster comes to haunt its creator first. Sanders’ conditions are what every socialist really wants: absolute power, first over the Democrats, next over the whole country.