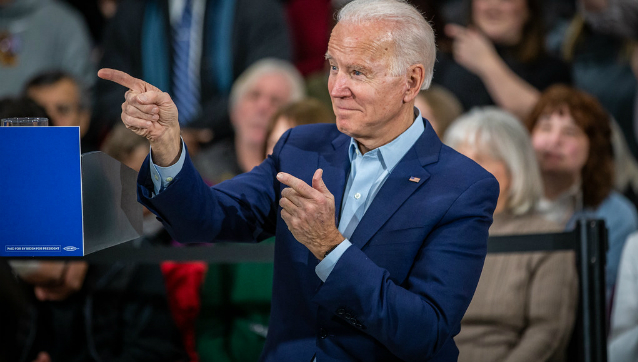 Republicans have long chastised the Democratic Party for using illegal immigration as a means of helping to fill out party voter roles in order to help them win future elections, a strategy that ends up putting American citizens in danger and threatens to use up limited resources provided by tax payers.

As you might imagine, the left vehemently denies ever engaging in such a practice, desperately attempting to save face and keep their tactics under wraps. Well, apparently someone forgot to give former Vice President Joe Biden the memo.

Biden enjoyed some massive victories during the Super Tuesday primaries this week, which gave him the ultimate comeback that no one saw coming. Seemingly hyped by this turn of events, Biden went on to promise 11 million illegal immigrants that if he became president he’d create a pathway to citizenship.

“Veterans, ‘Dreamers,’ single moms — and by the way, every ‘Dreamer,’ have hope because I’m coming, and you’re not going anywhere,” Biden said in front of a crowd of supporters in Los Angeles. “We’re going to provide a pathway, a pathway for 11 million citizens.”

The former vice president has taken heat from many in his party for his involvement in the Obama administration’s deportation of three million illegal immigrants, which he recently described as a “big mistake.”

“The point is there was too many,” he said earlier this month. “I saw the pain in the eyes of so many people who saw their families being deported. I know what it’s like to lose family members. It was painful. … It wasn’t until 2012 that we began to get it right with the DACA program and trying very much in 2014 to expand that and moving in the right direction.”

Taking into account the fact that Biden said that illegal immigrants were “more American” than U.S. citizens “because they have done well in school.”

If you think that’s false and somewhat incoherent, you’re right. Just add it to the list of insane things that have slipped from the mouth of our former vice president.

Can you imagine what it’s going to be like if Biden wins the nomination and has to duke it out with Trump on the debate stage? I’ve already got my popcorn ready.

And so Uncle joe, is one of the requirements for this “pathway” require agreement to vote only for democrats……