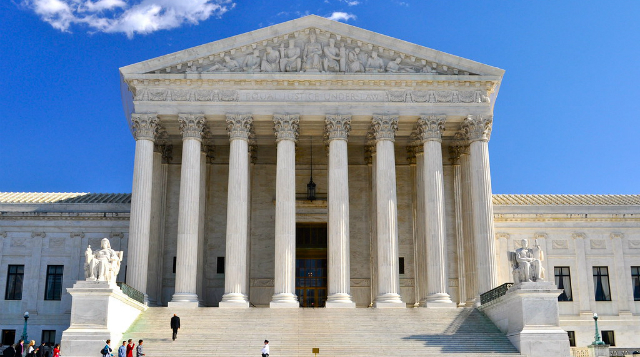 The following article, Supreme Court To Decide What Will Happen With Obamacare; Will Make Healthcare An Issue In The Election, was first published on Flag And Cross.

The Supreme Court is set to hear a case that could have major implications for the fate of Obamacare, possibly leading to it being tossed in the waste basket and turn healthcare into a major campaign issue.

The decision to hear the case was announced on Monday.

The decision to take up the case, announced on Monday, before the resolution of litigation in the lower courts will give Democrats ammunition with which to attack Republicans on the issue of healthcare. President Trump has not provided a backup plan for the law, which increased the number of insured by 20 million, should it be invalidated in court.

The Trump administration, which has told courts that the entire law should be thrown out, had asked the justices not to take up the question of the constitutionality of the law until the lower courts were done litigating the matter. Trump has been focusing his healthcare rhetoric on attacking “Medicare for all,” a plan championed by Democratic presidential candidate Bernie Sanders that would enroll everyone living in the United States into a government plan.

Democratic leadership in Congress has been squarely focused on defending Obamacare, a strategy it believes helped hand the party the House during the 2018 midterm elections. A recent Kaiser Family Foundation poll shows that the law, formally known as the Affordable Care Act, is more popular than ever, with 55% of voters viewing it favorably. Democrats have sought, in particular, to advertise the law’s rules that prohibit health insurance companies from turning away the sick or from charging them more than healthy people.

As of now, the timing for the oral arguments hasn’t been announced yet, but it could be before the election in 2020. Of course, you can bet whoever the Democratic Party nominee is will use the hearing of this case against President Trump, stating that he’s trying to pull away protections for preexisting conditions.

There would be a lot of policies that would disappear if Obamacare was thrown out, including allowing kids to stay on a parents’ plans until age 26.

Of course, Republicans would have a chance to come up with a better plan, so things could go the opposite way as well.

Continue reading: Supreme Court To Decide What Will Happen With Obamacare; Will Make Healthcare An Issue In The Election ...

Not So Affordable Obaboon Care……! Obaboon Care’s deductibles are so high that only millionaire retards can afford them….!