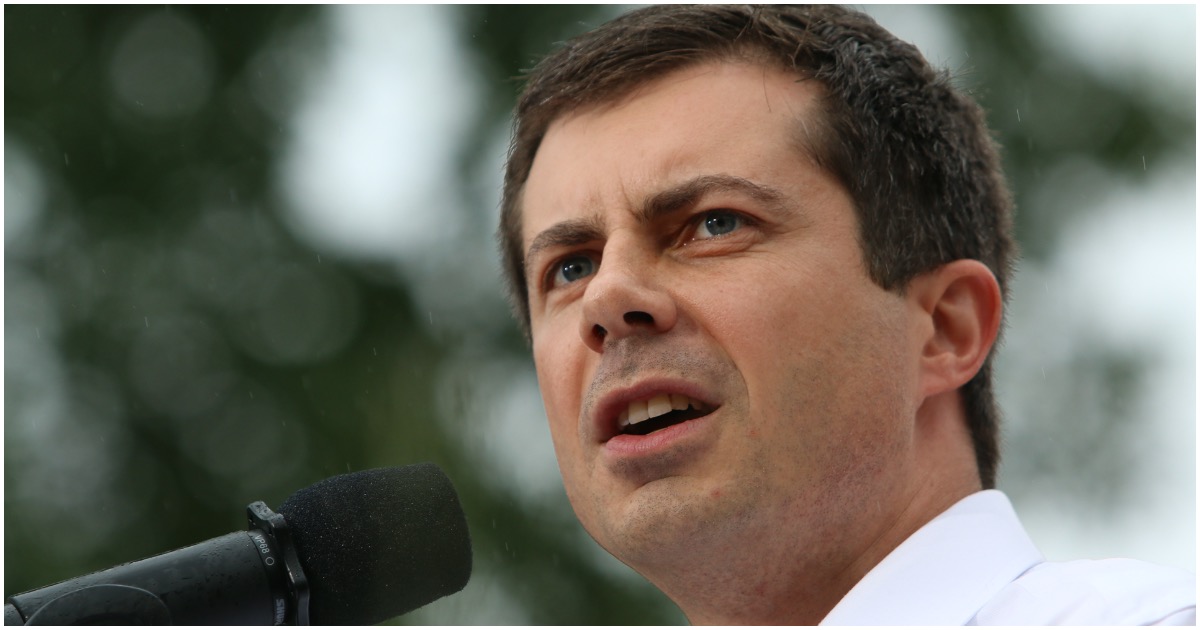 The following article, BREAKING: Democrat Pete Buttigieg Drops Out of 2020 Presidential Race (Details), was first published on Flag And Cross.

And then there was just Joe Biden, Bernie Sanders, Elizabeth Warren, Amy Klobuchar, and Michael Bloomberg. I think. I don’t know. Who cares? Just a bunch of people who aren’t terribly fond of their country.

One day after far-left billionaire activist Tom Steyer dropped from the 2020 presidential race, Pete Buttigieg followed in his footsteps. Talking about a falling star.

Pete Buttigieg told supporters he’s ending his presidential campaign on Sunday, a campaign source confirmed to Fox News, in an abrupt and surprising pullout that further narrows the field of Democrats less than a month after he declared victory in the contested Iowa caucuses.

Buttigieg had been scheduled to headline a rally in Dallas, Texas on Sunday night. The charter plane has been rerouted to South Bend, Ind., where Buttigieg will announce that he is dropping out, Fox News has learned.

Buttigieg’s withdrawal comes just days before 14 states are set to head to the polls on Super Tuesday, where one-third of all delegates for the Democratic nomination will be at stake. His exit will likely harm frontrunner Bernie Sanders by providing a coalescing boost to more moderate candidates, as Buttigieg had gone on the offensive against Sanders and sought to appeal to the centrist base of the Democratic Party.

Buttigieg dropping out is harmful to Sanders in 2 ways. Per the economist, relatively few Buttigieg voters were also considering Bernie. But, his voters will now help Biden, Warren and Bloomberg to hit 15% in more states and districts.https://t.co/4JApGxCCKx

Florida Rep. Matt Gaetz (R) already had a milkshake tossed at him. That was bad.

Not long after, a Buttigieg staffer hoped Gaetz was assaulted once more.