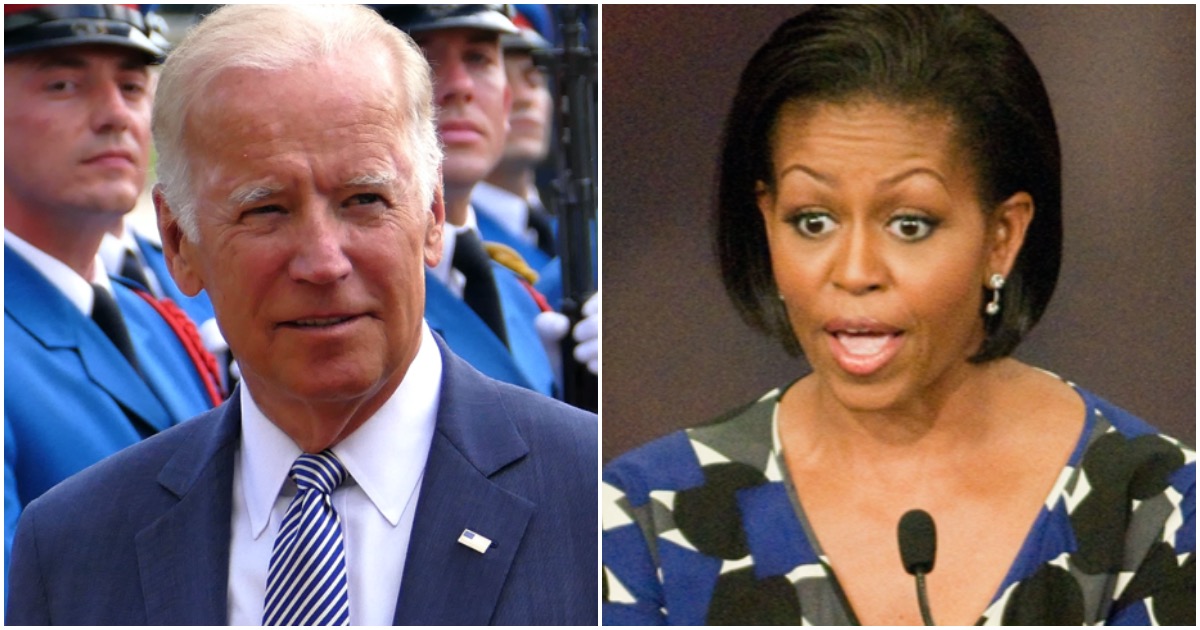 The following article, Joe Biden Would Pick Michelle Obama ‘In A Heartbeat’ to Be His Vice President (Details), was first published on Flag And Cross.

America had to suffer through Obama/Biden for eight full years. Imagine going at least another four years with Biden/Obama, only this time it’s Michelle instead of Barack – because that wouldn’t be Constitutional considering he served two terms and cannot be in a position of one heartbeat away from the presidency.

Michelle Obama has made clear she has no plans to run for office but Joe Biden said this week he would ask her to be his running mate “in a heartbeat” if he thought she’d agree to the job.

The former vice president to Barack Obama made the comment in response to a voter’s question about whether he’d choose the former first lady as his vice president. He pointed out that the Obamas have found being out of the White House “somewhat liberating,” suggesting they wouldn’t want to be back in the political spotlight.

Most first lady’s don’t remain as active as Michelle after leaving the White House. The reason is simple: nobody cares what they have to say.

Of course, Michelle gifted Laura Bush on Barack’s inauguration day. Did she forget about that?

Just attacking Melania to be cool and edgy?

Continue reading: Joe Biden Would Pick Michelle Obama ‘In A Heartbeat’ to Be His Vice President (Details) ...

And if elected old uncle joe would likely either kick off or become unable to continue because of becoming more senile and we end up with the obamas back in the whitehouse. More of the terrible obama years. (actually likely no different than biden years?) Would michelle then be “proud” of America one more time?