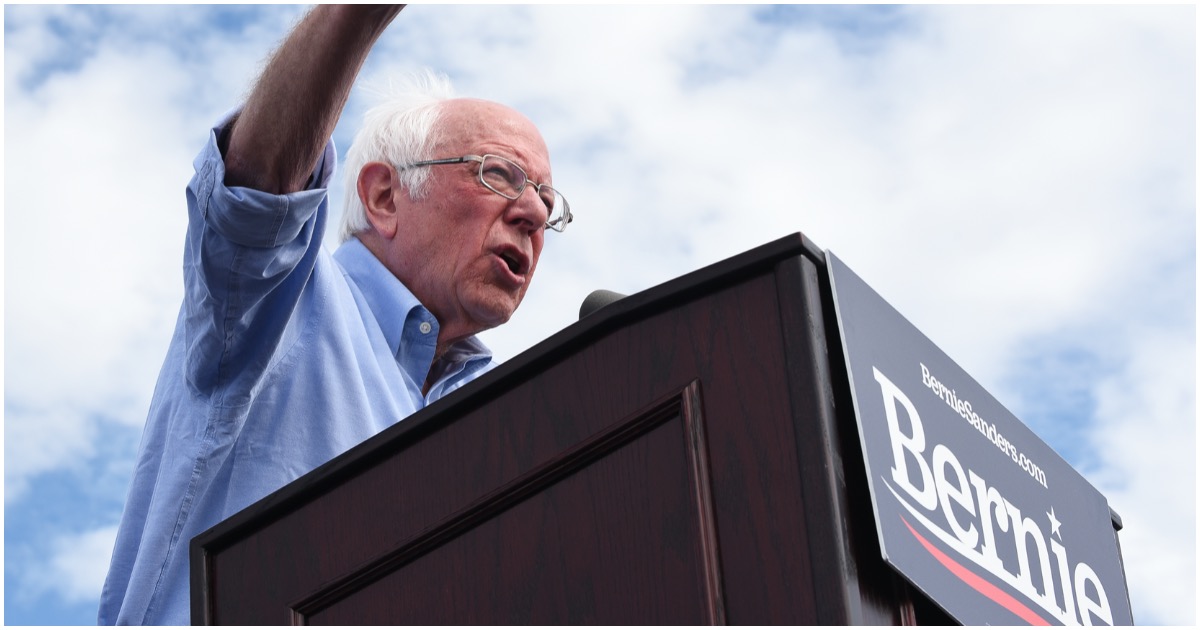 The love Bernie Sanders shows for all things “socialism” is turning off Democrats in droves. At the same time, the Vermont senator continues to outclass fellow 2020 presidential hopefuls in poll after poll, caucus after caucus.

At the end of the day, the American people know exactly who this guy is and what he stands for. And none of it is good for the United States. From Daily Caller:

Democratic 2020 candidate Sen. Bernie Sanders in 2011 promoted an editorial arguing that “the American dream is more apt to be realized” in Venezuela than in the U.S.

Sanders’s Senate office posted the editorial, which local Vermont newspaper the Valley News published, on his Senate website under the “Must Reads” section.

“These days, the American dream is more apt to be realized in South America, in places such as Ecuador, Venezuela and Argentina, where incomes are actually more equal today than they are in the land of Horatio Alger,” the editorial stated. “Who’s the banana republic now?”

Conservatives have been using Venezuela as a prime example for why socialism is an awful system of economics ever since the country collapsed, videos and photographs of people waiting in line for food and other basic necessities being posted to try and back up that very same point.

However, that just didn’t seem to convince the vast majority of folks on the left who think more government and wealth redistribution will somehow magically solve all of our problems.

Perhaps the latest study from the United Nations, which discovered that 1 in 3 Venezuelans are facing hunger, will managed to do the trick?

A Venezuelan rights advocate, Carolina Fernandez, recently stated that the children in the country are possibly going to experience growth challenges to due to the fact that many of them are malnourished.

“We’re talking about children who are going to have long-term problems because they’re not eating adequately,” Fernandez said.

Venezuela has been through the ringer over the last few years. Hyperinflation completely destroyed the Venezuelan bolivar and made it utterly worthless. The country’s leader, Nicolas Maduro, who is largely responsible for the current crisis the country has been experiencing, is refusing to give up power, despite pressure from nations around the world.