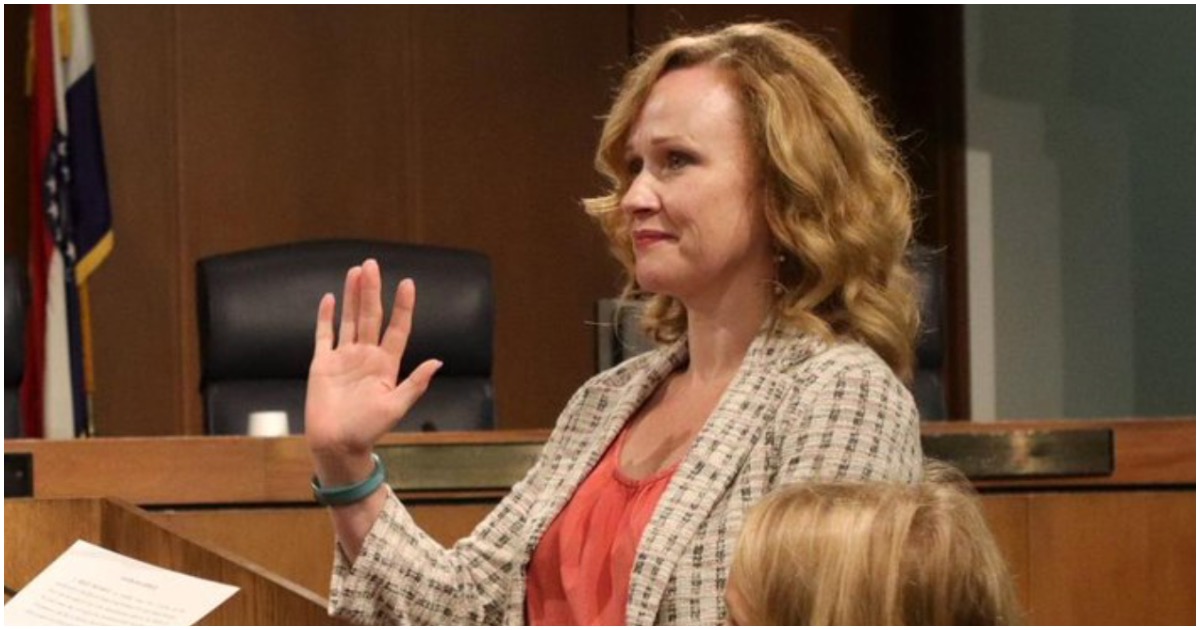 The following article, Flashback: Dem Councilwoman Won’t Be Sworn In On Bible, Uses Dr. Suess Book Instead, was first published on Flag And Cross.

In January 2019, at least one Democrat was sworn in on the Quran instead of the Bible. That’s one thing. But to be sworn in on a Dr. Suess book is comething completely different.

Talk about making a mockery of the system.

Is nothing sacred anymore?

Newly elected Democrat Kelli Dunaway (@DunawayKelli) chose Dr. Seuss’ “Oh, the Places You’ll Go!” as her book of choice. Her proud children held it for her during the swearing-in ceremony.

Kelli Dunaway has won a seat on the St. Louis County Council. Two more women join the council after tonight’s election…making the body majority women (which Dunaway seems to be celebrating in that shirt.)

Kelli Dunaway has won a seat on the St. Louis County Council. Two more women join the council after tonight's election…making the body majority women (which Dunaway seems to be celebrating in that shirt.) pic.twitter.com/QlkXKWAaiH

AOC literally has no clue how anything works.

Need more proof? Okay, but you asked for it…

The freshman lawmaker, who sits on the Oversight panel, stood at the witness table Thursday and raised her hand to be sworn in for a hearing focused on conditions for migrants families at the United States’s southern border.

In response to a tweet from MSNBC host and liberal commentator Mika Brzezinski questioning why the lawmaker was sworn in — a step taken for witnesses but not usually for members of Congress — Ocasio-Cortez maintained she was asked to make the move.

At a hearing on migrant children and border security, @AOC is sworn in for dramatic effect.

"We usually don't require a swearing in, but you want to be sworn in?" —@RepCummings

Hey Mika – GOP has alleged that I am lying about the accounts of migrant women at the border, particularly about the fact that they were were told to drink out of a toilet bowl.

Committee staff conferred with me ahead of time about formally requesting to be sworn in. https://t.co/AppdBZJ4z6