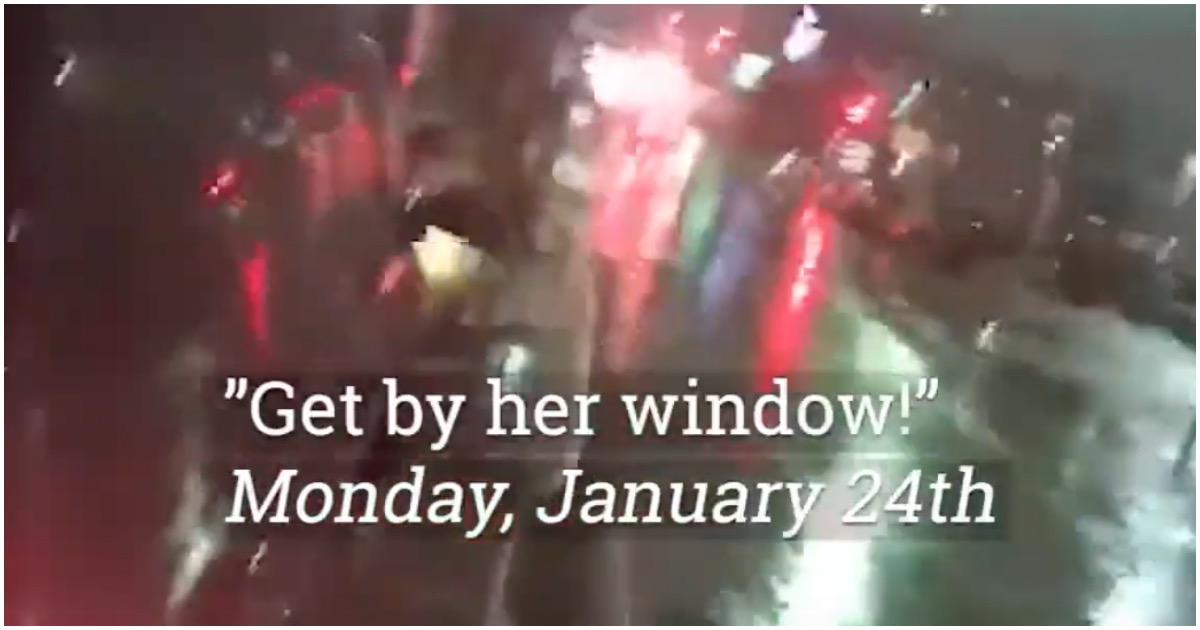 The following article, Watch: Bernie Supporters Intimidate & Harass Dem Candidate, Swarm Her Car – ‘Block Her In’, was first published on Flag And Cross.

Bernie Sanders supporters are the kindest, most gracious human beings on the face of the planet – said nobody ever. Time and again, these people have shown that they are dangerous. Here’s just the latest example of their extremism, via Washington Examiner:

A group of Sen. Bernie Sanders supporters attempted to intimidate an Illinois Democratic congressional candidate into supporting the socialist’s agenda.

It turns out, the less you pay attention to politics, the more likely you are to support the socialist option for the 2020 Democratic presidential nomination.

“The less you are paying attention, the more likely you are a Bernie Sanders supporter,” Todd says, pointing to a Monmouth poll taken recently showing that Sanders is losing definite ground to both former Vice President Joe Biden and a suddenly-much-stronger Sen. Elizabeth Warren (D-MA), who has jumped between 5 and 6 points in the polls since Biden entered the race.

This is just stupid. Perhaps those who support @BernieSanders don’t need to pay attention to your daily MSM driveling because they know he’s been consistent on POLICY for years and years.

It is obvious that Chuck Todd and others at NBC (owned by corporate Comcast) are Biden supporters. They are afraid of Bernie. They constantly try to spin things against Bernie. https://t.co/eiWbAmDpKX

So, the less you consume anti-Bernie propaganda, the more likely you are to support him? I hope someone got paid a lot of money to uncover that gem. https://t.co/wUblLser34

For as ridiculous as Bernie’s policies are, at least the guy is consistent.

He makes it clear that he’s a full-on socialist and he’s not ashamed of it – for whatever reason.

After seeing & hearing of, about, and from Bernie Sanders and his communistic ideas & agenda I can think of but one question: what is it with those Vermont voters that have continued to vote this person into power? Is there no Pro-American in the state that they could find to have been their Senator?

The cost of the “freebies” is your freedom. Government ALWAYS has strings attached to whatever they “give” you. If Bernie gets elected, we might as well tear up the US Constitution and call this country the Country of Sanders. Open borders, free health care, free food stamps, free education, no more fossil fuels, equal income for all–all poor except Bernie, felons voting from prison for as long as we are still allowed to vote, no such thing as illegal aliens (we are the world), and we will all work for the government–Bernie Sanders. That is what socialism does–it centralizes power… Read more »