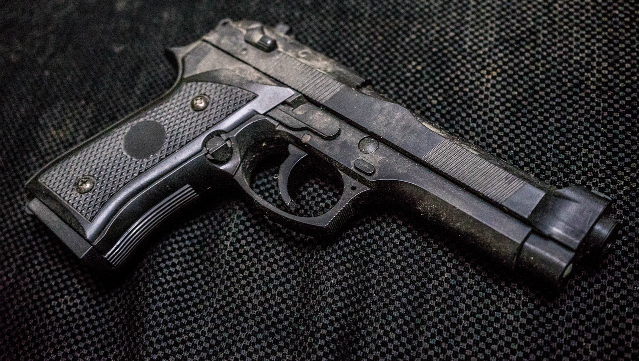 The following article, New Proposal From House Dems Would Force FBI To Keep Data From Incomplete Gun Background Checks, was first published on Flag And Cross.

When it comes to violating the second amendment rights of ordinary citizens, the Democratic Party is full of all kinds of ideas, the kind of ideas that would make the Founding Fathers roll over in their graves.

A new bill conjured up by Rep. Jimmy Panetta, an ally of House Democratic leadership, would force the FBI to stop their current practice of purging gun purchase background checks if those checks happen to be incomplete.

The proposal would require the agency to keep incomplete background checks on file past 88 days, which Panetta said would help stop guns from falling into the hands of people who couldn’t otherwise get through government screening.

“As a former prosecutor, I know the importance of keeping firearms out of the hands of dangerous people,” said Panetta, 50, first elected to the House in 2016 after being a Monterey County, California, prosecutor. “My bill will help in that effort by ensuring people who should not have a firearm don’t get a firearm because of a bureaucratic lapse.”

Not everyone is onboard with the measure.

Mark Oliva, spokesman for the National Shooting Sports Foundation, stated that the Democratic proposal could potentially lead to the creation of a national gun registry.

“If they’re going to maintain records beyond the 89 days that have not been resolved then, now, this is creating a registry of those people who may or may not have been able to purchase a firearm in case that went through,” Oliva told the Washington Examiner.

Oliva also noted that dealers with federal firearms licenses rely on the background check system to work as intended. If there is more information in the system that is not purged and is not valid information, dealers will continue to work with a flawed system that has become clogged with more error-filled information.

“I think the important thing here to remember is that when an FFL gets a delay or gets a delayed notification from the FBI, there’s nothing that tells them, ‘Hey, delay this. And then they get no response back after, you know, three days.”

The second amendment was put in the Bill of Rights by the Founders of our great nation because they feared the government would become oppressive in the future, growing and bloating beyond the bounds set by the Constitution — it has — and then stripping citizens of their guns so that they had no means to fight back against whatever the government was trying to push on them.

And that’s exactly what Democrats are attempting to do as we speak. The very nightmares our Founders had about bloated government once again oppressing the people is becoming a reality in front of our eyes.

Tyranny is the reason the second amendment exists. Without having weapons of our own, we have no means to defend our liberty.

The real agenda of these dems/socialist is merely to continue their act to disarm all America, which they must see as necessary to accomplish their take over of a free America. To KAG and preserve our country we must purge dems/socialist/communist from our government. Vote for conservatives in this year’s elections.