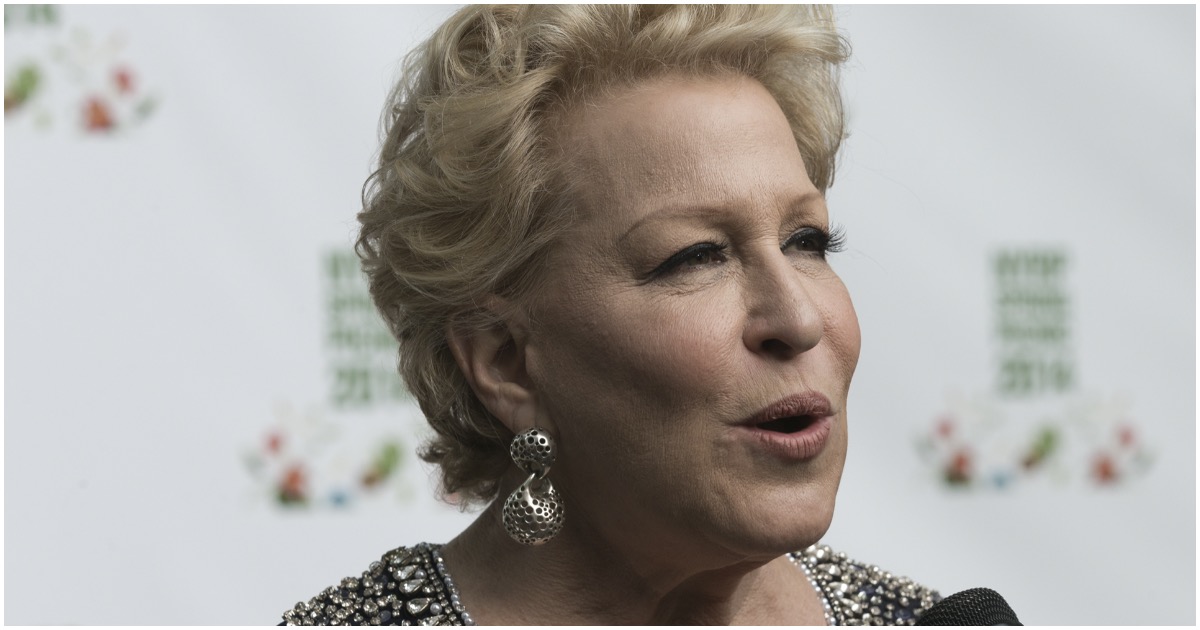 Acting Director of National Intelligence Richard Grenell is gay. He’s the first openly homosexual person to hold a cabinet position in any White House administration. South Carolina Senator Lindsey Graham (R) is an older single man, therefore Democrats assume he is gay and in the closet.

Because actress Bette Midler is a liberal, she can get away with saying stuff like this. If she was a Republican, she’d never work in Hollywood again. From Daily Wire:

The homophobic smears against Sen. Lindsey Graham (R-SC) continued uncontested this week with actress Bette Midler, who bizarrely suggested on Twitter that the senator has a secret love relationship with openly gay Ambassador Richard Grenell, the recently appointed director of national intelligence.

Linseedy Graham, that Southern ham,
Has got a secret, oh yes ma’am
The truth is coming out and soon,
Seed’s in love with a Trumpy goon!
That brand new hack? Head of Intell?
Lindsey’s such a Southern Belle! pic.twitter.com/Q7Jwyio7Fh

! He knows he will lose his seat if it comes out!

He is very much in touch with his feminine side.

Him being a closet case isn't a secret.

Grenell seems to be staring off in another direction, setting his sights on someone else? The new Coronavirus czar perhaps? Mother would not let that happen!

I don't know. I think Ms Lindsey likes them more on the school yard side of young

Democrats are quite literally obsessed with violence. They think they can beat conservatives over the head until they’re bloody in order to knock some sense into them. And boy, have they tried hard in recent years or what?

The party of tolerance welcomes everyone as a Democrat so long as you believe every single thing they believe and never EVER stray. Because that’s how Democrats operate.

Midler must be bored. That’ll happen when nobody is interested in you as a celebrity, anymore.

She was thankful Republican Senator Rand Paul was attacked by his neighbor.

The replies in this are gross. You're ok with violence against a sitting senator? You'd be screaming if this happened to Feinstein, Harris, Blumenthal, etc and rightfully so. But it's Rand Paul so it's ok. You all make me sick.

The modern left: I don't promote violence but fuck you to death

She attracts a vile crowd, by the replies to her.

She convicts herself with her own statement.

She is promoting violence in the very tweet that says I don’t promote violence.

Bette Midler is an evil, vile, leftist has been who needs to stop spouting her hatred. I have never been a fan or hers, and had I been, this would have killed it.

So…..! Bette is still allowing Hillary to bare-ass ride her face…..!