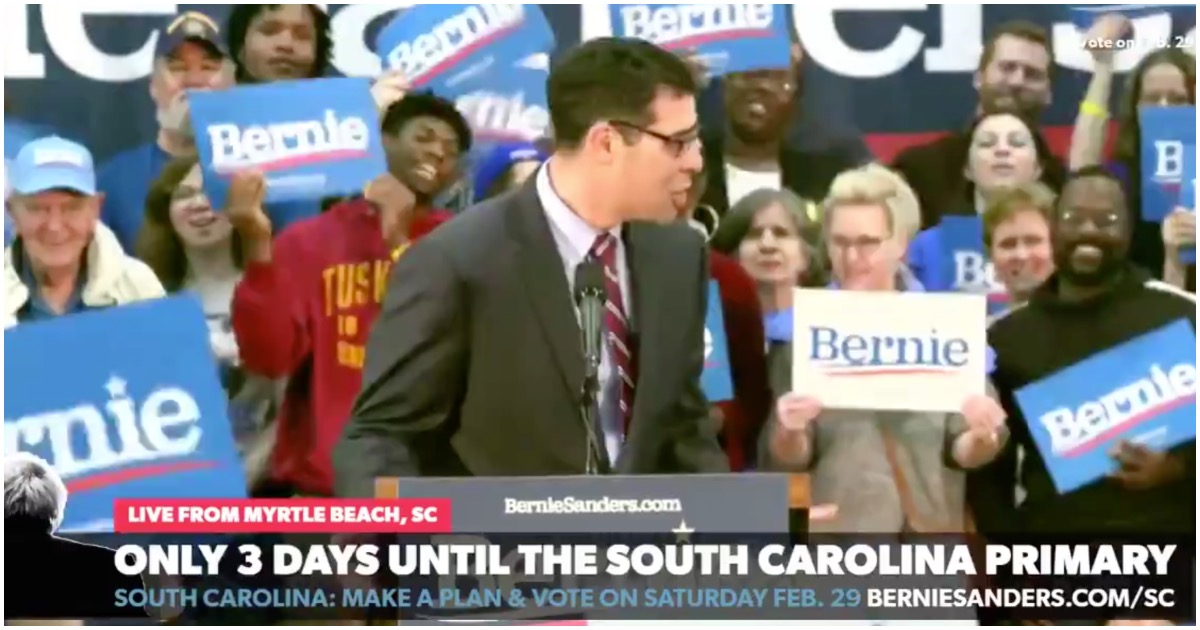 The following article, Mayor Calls Bernie Supporters ‘Radicals’ & ‘Socialists’ And the Crowd Erupts In Cheers [Video], was first published on Flag And Cross.

Not exactly proud to be American. Certainly not fans of capitalism. But these Bernie Sanders supporters in South Carolina are friggin’ elated to be referred to as “radicals” and “socialists.”

And no, in case you were thinking it, this isn’t like conservatives owning the word “deplorables” after Hillary Clinton spouted off at the mouth. This is different. It’s not a joke. This is how they really feel.

You’ll just have to see for yourself.

They’re all on the “same page.” The figurative cat is absolutely out of the bag.

Sanders "It's just a lone wolf, howling at the moon. We're not all like that!"

Communism is grotesque and abhorrent.

Everyone knows, to the left, these are isolated cases but it’s assumed to be widespread when it comes to conservatives. These guys are “lone wolves”, but every gun owner is at fault when there is a shooting.

These people are dangerous, where is the media asking Sanders to disavow them?

Is Bernie ever going to disavow this pack of wild communists talking casually about the violent overthrow of American government and jurisprudence, while simultaneously downplaying the horror of gulags?

Why is MSM not covering this?

Perhaps America should have listened to Senator McCarthy back in the 1950s. We now have communists running for president and finding too many people wanting the “free stuff” being promised for their votes.