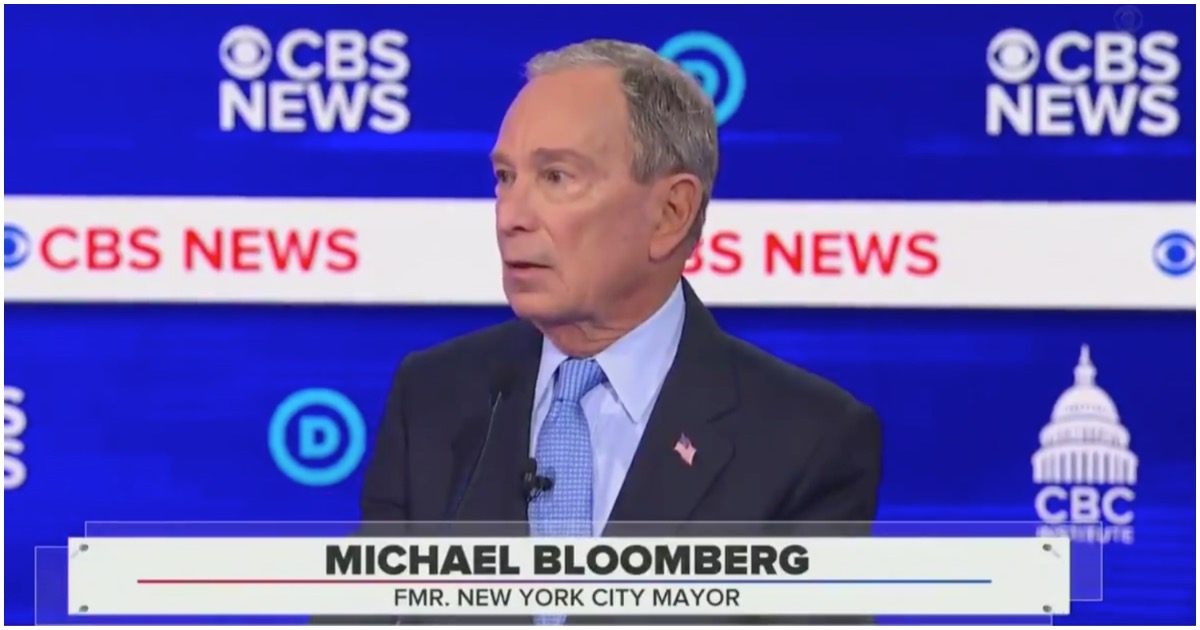 The following article, Video: Bloomberg Says He Spent $100 Million & ‘Bought’ Democrat Majority In The House, was first published on Flag And Cross.

In case you forgot to tune in to Tuesday night’s Democrat debate (and there’s a decent chance you did), you missed former New York City Mayor Michael Bloomberg (D) acknowledging that he personally “bought” a Democrat majority in the House of Representatives.

Mike didn’t mean to let this slip. He caught himself, just not quickly enough. From Daily Wire:

Democrat presidential candidate Michael Bloomberg said during a CBS News debate on Tuesday night that he “bought” the Democrats’ majority in the House of Representatives.

Bloomberg: “Let’s just go on the record. They talk about 40 Democrats, 21 of those were people that I spent $100 million to help elect. All of the new Democrats that came in, put Pelosi in charge, and gave the Congress the ability to control this president, I bought – I got them” pic.twitter.com/KlC2lJIpRX 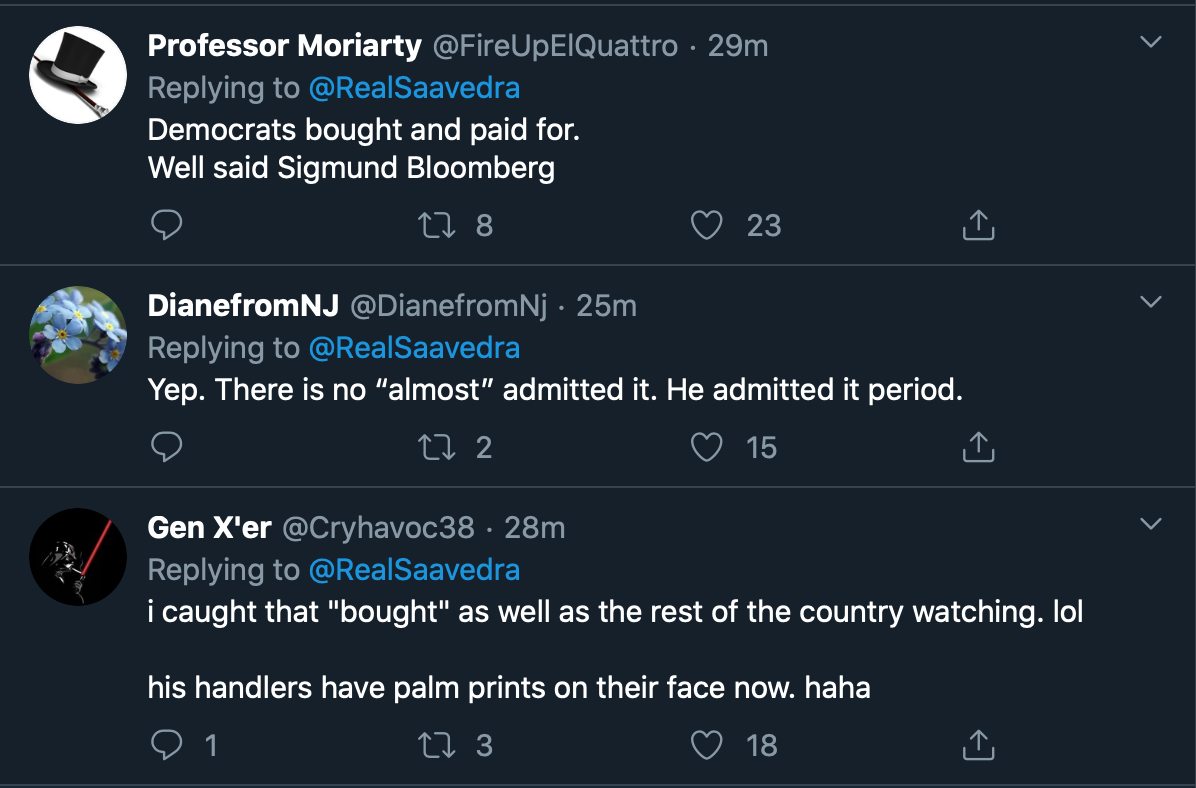 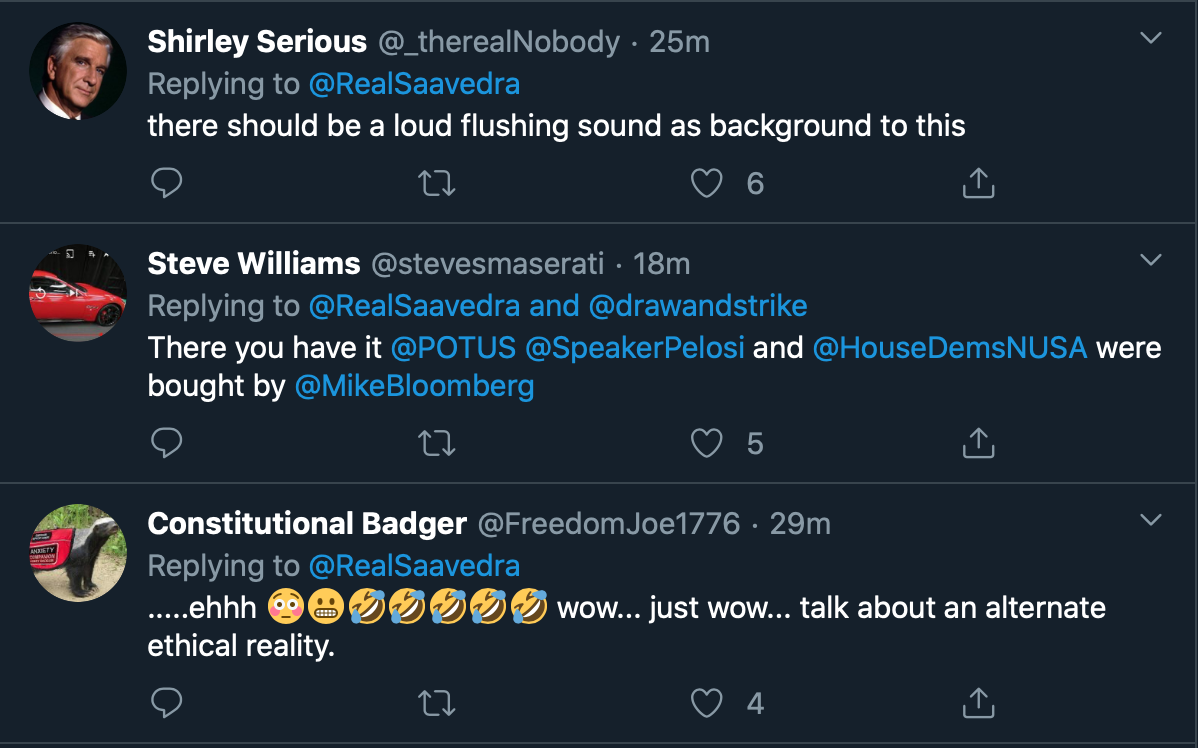 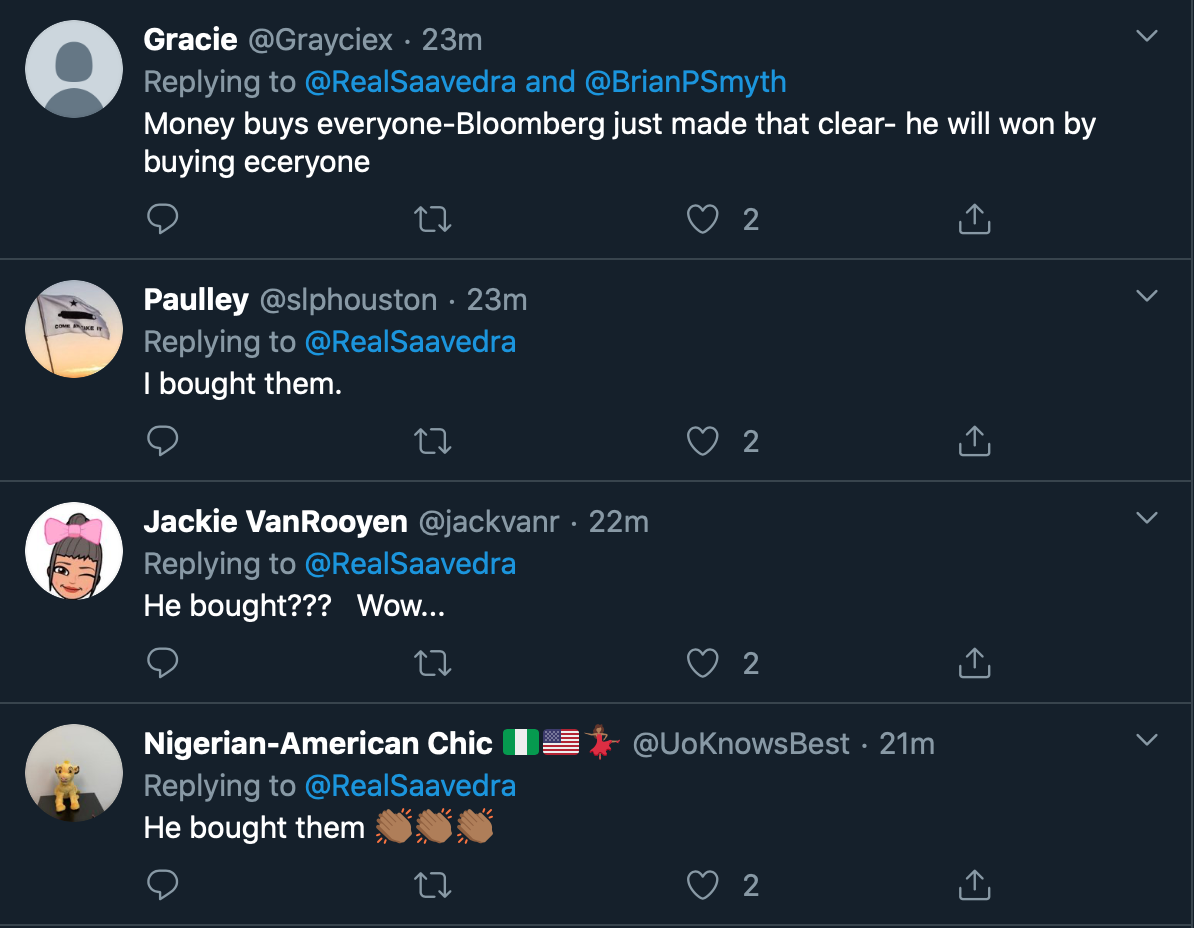 She doesn’t want to Keep America Great, either.

The TV courtroom personality, 77, wrote a piece for USA Today in which she endorsed former mayor of New York City Michael Bloomberg for president even though he’s not currently running for the position.

She said, “I realize I am taking a personal and a career risk. I have carefully stayed away from politics for 50 years, except to vote. But times have changed in our country, and I believe the moment has come for me to step out from behind the curtain. I want to speak honestly and from the heart — regardless of the consequences.”

She added, “Our American family has been fractured in recent years. We’re hopelessly divided, and a bitterly divided family cannot thrive,” she said. “The only way we can begin to come together again, I said, is if Michael Bloomberg, former mayor of New York City, becomes our next president.“