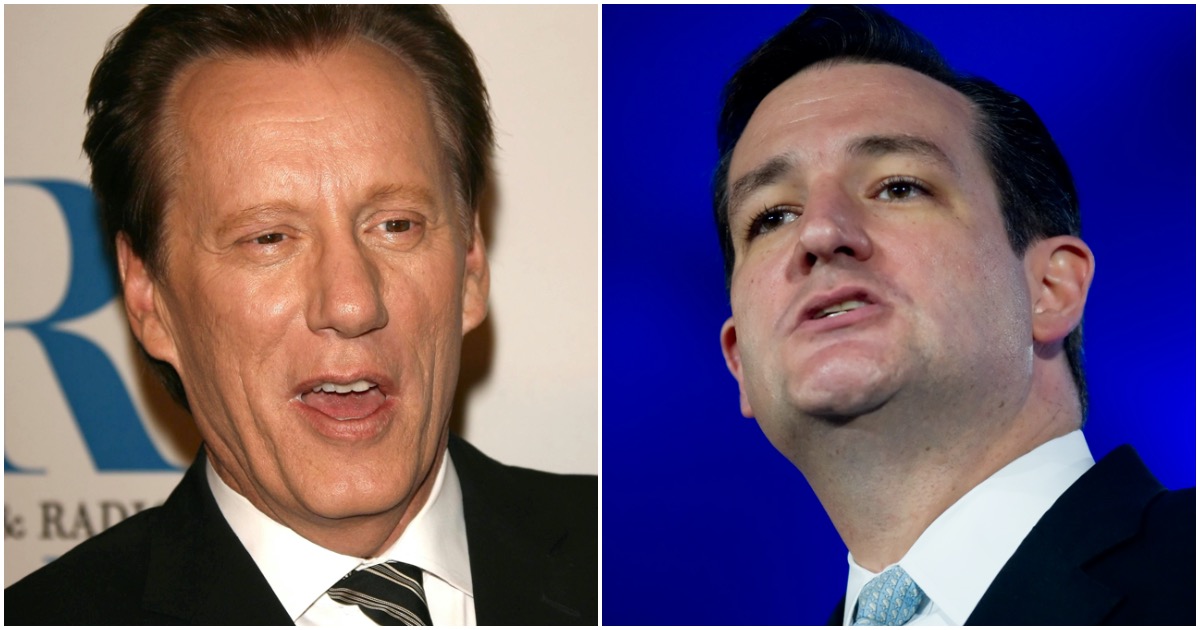 Based on his current momentum in the caucuses and the fading stars that are Joe Biden and Elizabeth Warren, Democrat Socialist Bernie Sanders appears to be his party’s frontrunner for the 2020 presidential nomination.

If elected, the Vermont senator’s policy’s would wreak havoc on a strong United States economy. Even many Democrats are now openly admitting it.

On Monday, James Woods and Texas Senator Ted Cruz shared some thoughts on all things liberal. And they didn’t hold back. From Daily Wire:

Actor James Woods and Senator Ted Cruz (R-TX) came to national prominence two utterly different ways but both have found themselves in recent years thriving in the same space, social media. Both men have became must-follows for conservatives online and, since Woods made his big return to Twitter a few weeks ago, the two conservatives have been drawing attention at times to each other’s posts.

With socialist Sen. Bernie Sanders (I-VT) increasingly looking like the prohibitive favorite to take the Democratic nomination, Woods and Cruz have weighed in recently on Sanders and what his rise means about the direction of the Democratic Party, and the two conservative voices have found a lot of common ground.

Get ready for the tweets, rapid fire!

Yang is right: This is the most fundamental political shift of the past decade. The Democratic Party has abandoned the working class, has abandoned union members, and the GOP has become the blue-collar party of jobs. https://t.co/SsVPfjRDO6

The Democratic Party has been hijacked by screeching socialists, ranting “intersectionalists,” whatever they hell they are, and masked Antifa street thugs. Republicans stand for jobs, borders, and national security. The Democratic Party is a vampirized husk, gone forever. https://t.co/Q3aqHGRAKM

This is the Democratic front runner. https://t.co/uBrJzNmGTW

It really makes a difference when those you murder at the firing squad can read & write. https://t.co/4DKbSKpI6t

The election of #AOC, #RashidaTlaib, and #IlhanOmar was a perfect storm that destroyed the Democratic Party. Nancy Pelosi rolled over for them like a two dollar hooker, and the Democrats are now stuck with a commie curmudgeon screaming at billionaire boogeymen under his bed. pic.twitter.com/CgT1CmsSV6

I was a Democrat my whole life. The party in my youth stood for strong national defense, jobs for the working American, strong borders, the sanctity of human life, and equal rights. I never left the Democratic Party. It left me. And you. Welcome to sanity. https://t.co/4q7Ijf01W9

Florida Senator Marco Rubio (R) had a few thoughts on Bernie, as well…

And he’s wrong about why people didn’t overthrow Castro. It’s not because “he educated their kids,gave them health care” it‘s because his opponents were jailed,murdered or exiled https://t.co/6i41w7zcDe

In 2011 Bernie Sanders wrote that “These days, the American dream is more apt to be realized …in places such as…Venezuela” than in America.

When asked if he thinks being a socialist will hurt him in a hypothetical general election matchup against President Trump, Bernie managed to say something completely ignorant while simultaneously thinking he’s correct.

.@BernieSanders on whether his “socialism” label will hurt in a general election:

“We’re living right now under Donald Trump in a socialist society. The only difference is, does the government work for working people or does it work for billionaires?" pic.twitter.com/gs6Gi7WWIi

Oh, those poor dems, caught between a rock and a hard place. Should they go with old comrade bernie and turn off real dems or do a 2016 and steal it from bernie and perhaps losing bernie’s gang????