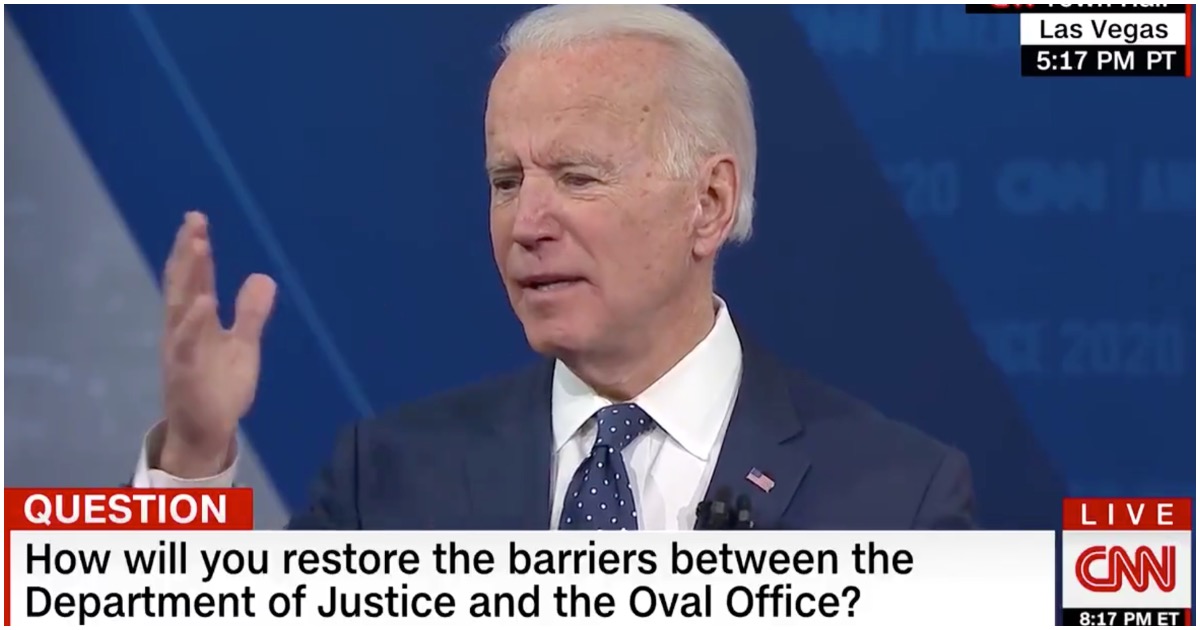 The following article, ICYMI: Joe Biden Says His Son ‘Was Attorney General of the United States’ [Video], was first published on Flag And Cross.

Okay, it is officially past time for Joe Biden to drop out of the 2020 presidential race. The man just isn’t playing with a full deck. It’s sad to see but also so blatantly obvious, at this point. The former VP can’t remember even the simple things.

Joe, buddy, if you want to be more convincing you have to at least try.