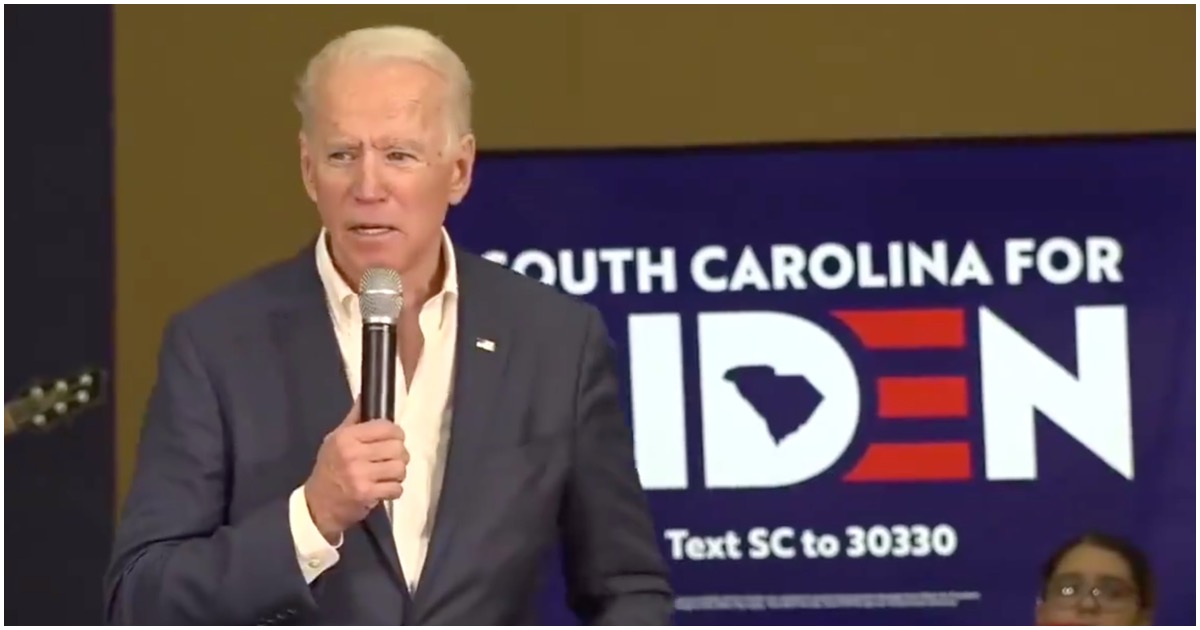 The following article, Biden Says He Worked With Chinese Leader On Climate Accord – He’s Been Dead for 23 Years, was first published on Flag And Cross.

2020 Democrat presidential hopeful Joe Biden would be 78-years-old if he was inaugurated as the 46th president of the United States in January 2021. Those are the facts. But it’s not going to happen.

The former Democrat frontrunner has been exposed for what he truly is: someone who has no clue what he’s doing. Time and again, Joe is caught on camera saying something cringeworthy. How he has a single American supporting him from office, outside of members of his own family, makes little to no sense.

Biden was detailing the fight against climate change when he told an audience at the College of Charleston about his Obama administration-era work on the Paris deal, only to mix up the names of Chinese heads of state in the process.

The Paris agreement was drafted in late 2015 and adopted in 2016. Deng Xiaoping — who infamously presided over the government’s deadly crackdown on the Tiananmen Square protests — retired in 1992 and died in 1997. Biden was likely referring to Chinese President Xi Jinping.

Joe Biden claimed tonight that he worked with Chinese leader Deng Xiaoping on the Paris Climate Accord.

Except the current Chinese President is Xi Jinping.

Deng Xiapoing left office in 1992 and has been dead for 23 years. pic.twitter.com/ddEAmPhkZi

Before or after he consulted Thatcher and got arrested trying to visit Mandela? I’m so confused …

Does anyone care enough about this man to allow him to enjoy his golden years. Where are his friends, family??? It’s just plain sad.

What would happen? Calls for resignation? Jail time? Sky’s the limit.

Because Joe Biden is a liberal he gets away with everything. From The Daily Wire:

Democratic presidential candidate Joe Biden appeared to suggest using violence against Republicans on Monday in response to a question about how he as president would deal with opposition to his agenda in the Senate from Senate Majority Leader Mitch McConnell.

Responding to MSNBC’s Joy Ried, Biden noted: “Joy, I know you’re one of the ones who thinks it’s naive to think we have to work together. The fact of the matter is if we can’t get a consensus, nothing happens except the abuse of power by the executive. There are certain things where it just takes a brass knuckle fight. Let’s start a real physical revolution if you’re talking about it.”

Democratic presidential candidate Joe Biden says that the way he would deal with Senate Republicans who oppose his agenda is with a “brass knuckle fight,” later adds: “Let’s start a real physical revolution if you’re talking about it” pic.twitter.com/GQPmDGxJpo

Continue reading: Biden Says He Worked With Chinese Leader On Climate Accord – He’s Been Dead for 23 Years ...