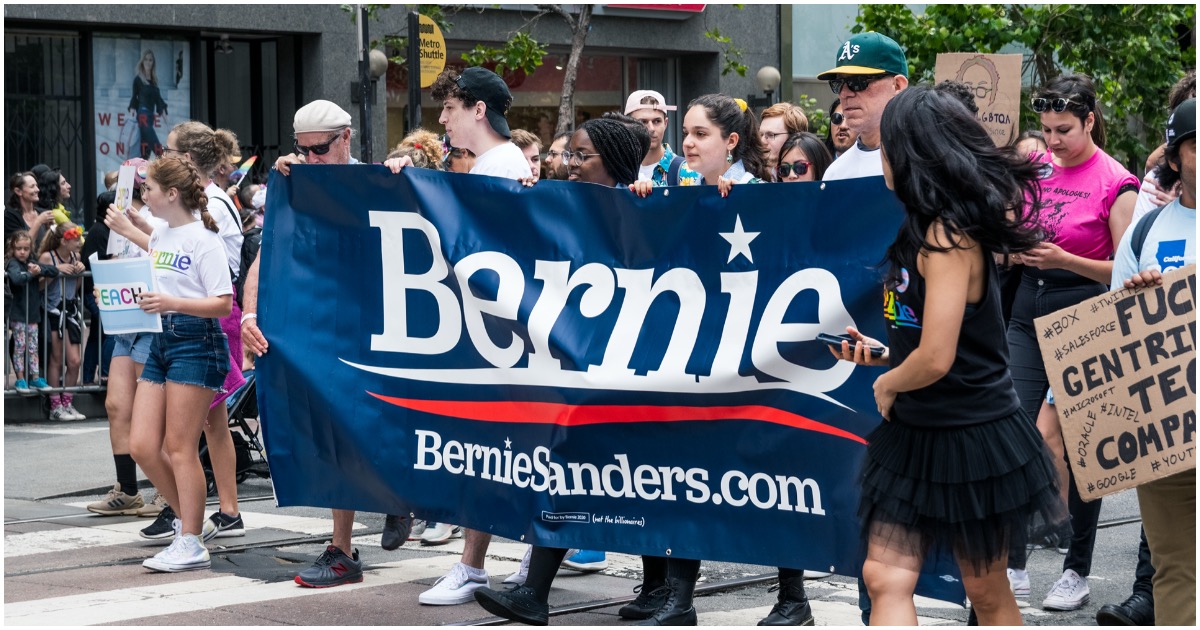 The following article, Bernie Knows Exactly What ‘Bernie Bros’ Are Up To, Report Says Campaign Is Advising Them, was first published on Flag And Cross.

The legend of the infamous trolls known as the “Bernie Bros” continues to grow. And according to a new report, they are receiving their orders directly from the Sanders campaign. Here’s what’s known, via Daily Wire:

A new report in the U.K.’s Independent claims that Sen. Bernie Sanders (I-VT) is well aware of what his army of online supporters — the so-called “Bernie Bros” — are doing online in his name, and that his senior staff are encouraging and, in some cases, even arming the “Bernie Bro” elite.

Sanders came under fire for his supporters’ online — and, increasingly, offline behavior — ahead of the Nevada caucuses, after his supporters deluged officers of the Nevada Culinary Union, which refused to endorse Sanders, with abusive, harassing, and even racist phone calls, emails, and social media messages, and after Sanders delegates disrupted the Nevada Democratic Party’s annual convention, throwing objects at speakers, and forcing the party to have them physically removed.

Former Vice President Joe Biden, former New York City mayor Michael Bloomberg, and Sen. Elizabeth Warren (D-MA) have all attacked Sanders over Bernie Bros’ behavior, calling on the candidate to distance himself from the online mobs that rage against the Vermont socialist’s detractors, and calling on his supporters to eschew violence.

This particular boxing speed bag is pro-American. That’s why he wouldn’t let Sanders hit him. In fact, it looks like ol’ speedy himself took a shot at Bernie.

Video of the day?

Democratic presidential candidate Bernie Sanders told CBS News’ “Face The Nation” on Sunday that he thought it was “not appropriate” to deport illegal aliens that have broken the law and not shown up for court dates.

Bernie Sanders says “it is not appropriate” to deport illegal immigrants that don’t follow law in the United States. pic.twitter.com/Qwd7WDjYIP

Continue reading: Bernie Knows Exactly What ‘Bernie Bros’ Are Up To, Report Says Campaign Is Advising Them ...

Appears that bernie’s gang believes they can “force” voters to vote bernie by threatening “violence if he’s not elected”…..