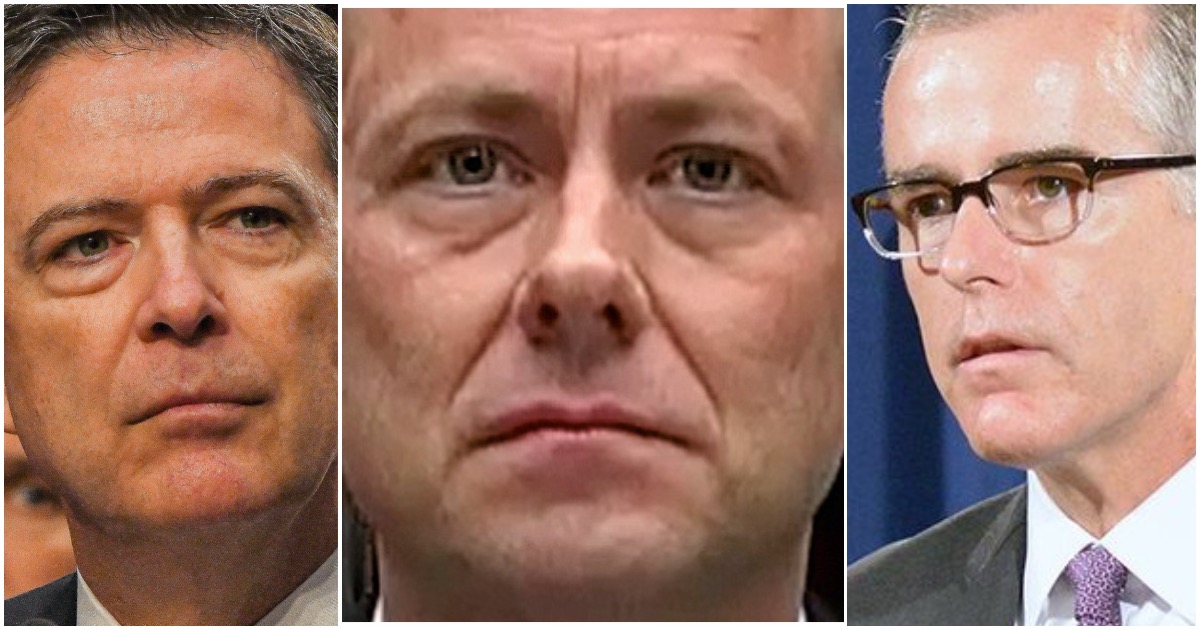 The ballad of disgraced FBI Director James Comey is not yet complete. Neither are the stories involving Peter Strzok and Andrew McCabe. Here’s what’s going on, via Washington Examiner:

One of Robert Mueller’s former top prosecutors said the outside prosecutor picked to review the case against retired Lt. Gen. Michael Flynn is a ruse to investigate President Trump’s perceived enemies.

Andrew Weissmann, a former Justice Department official who was known as Mueller’s “pit bull” during the Russia investigation, said the Justice Department swapped out the “loser case” of Andrew McCabe, who escaped criminal charges on Friday for allegedly lying to investigators about authorizing media disclosures, for a fresh one targeting top former FBI officials, including McCabe, led by Jeffrey Jensen, the U.S. attorney for the Eastern District of Missouri.

“All they did was swapped out a loser case for starting an investigation that is going to be of Comey, McCabe, Pete Strzok,” Weissmann told MSNBC host Chuck Todd.

During a recent appearance on Fox News with host Chris Wallace, who isn’t exactly pro-Trump himself, Comey admitted he was wrong about certain things.

You’d have to imagine President Trump is feeling pretty good, right about now.

Exclusively on FOX News Sunday: Chris Wallace asks Former FBI Director James Comey if the IG Report vindicates him. Director Comey responds to previous statements he made in 2018 about the Carter Page FISA warrant being handled appropriately: "There was real sloppiness." pic.twitter.com/vPmCV11hRe

James Comey talks about the reliability of the Steele Dossier on FOX News Sunday amid a new IG report that finds FBI mishandling during the origins of the Russia probe. #FNS #FoxNews

He’s going to go to New Zealand. Because that’s what a proud America would do, right?

I am pretty sure James Comey misspoken, I’m not aware of any Federal penitentiary named New Zealand.

He will be extradited.

The “send comey to New Zealand”
t-shirts are coming

And now can anyone figure out why the dems are trying to remove AG Barr from office??