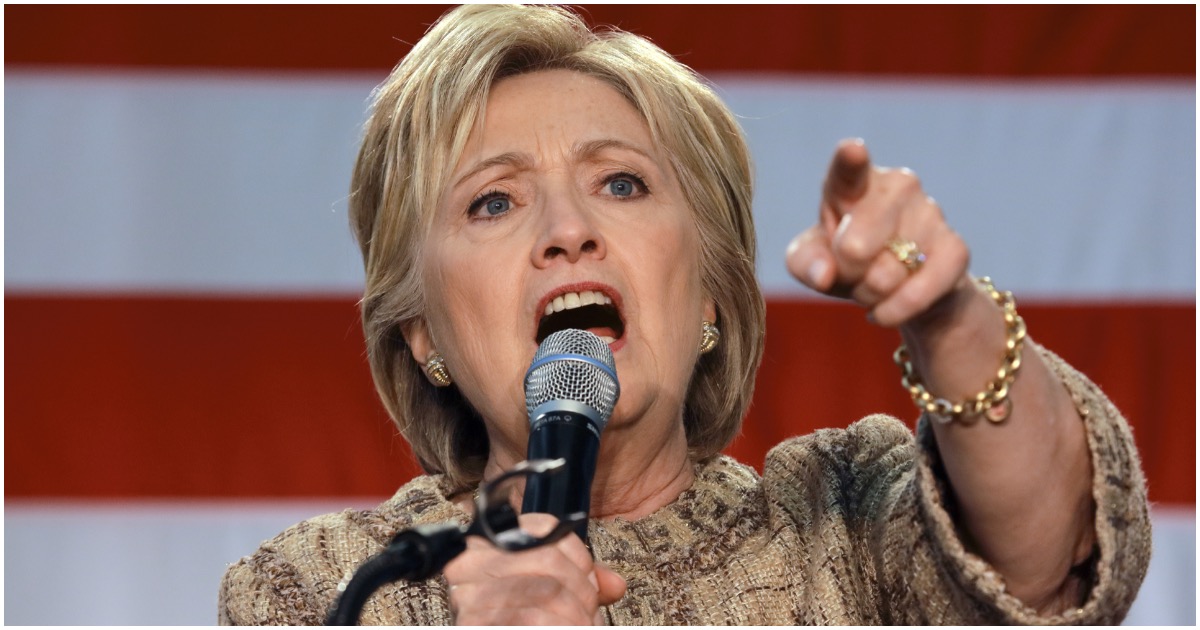 The following article, Flashback: FBI Docs Reveal Evidence Of ‘Cover Up’ Discussions About Hillary’s Server, was first published on Flag And Cross.

Despite the nation repeatedly telling her to go away, Hillary Clinton remains intent on staying relevant. Although, this type of news isn’t exactly what she was hoping for. It appears Judicial Watch may have struck gold regarding Clinton’s email server fiasco.

Here’s the scoop, via Judicial Watch:

FBI notes of an interview with an unidentified Platte River Networks official in February 2016 (almost a year after the Clinton email network was first revealed) show that Platte River “gave someone access to live HRC archive mailbox at some point.” The same notes show that an email from December 11, 2014, exists that reads “Hillary cover up operation work ticket archive cleanup.” The interviewee said that the “cover up operation” email “probably related to change to 60 day [sic] email retention policy/backup.” The subject indicated that he didn’t “recall the prior policy.” The notes also indicated, “[Redacted] advised [redacted] not to answer questions related to conv [conversation] w/DK [David Kendall] document 49 – based on 5th amendment.”

Have to believe that the dems are still running the “justice system” in America? By all appearances, a lot of evidence of corruption and criminal acts by dems but only a few republicans facing court actions??