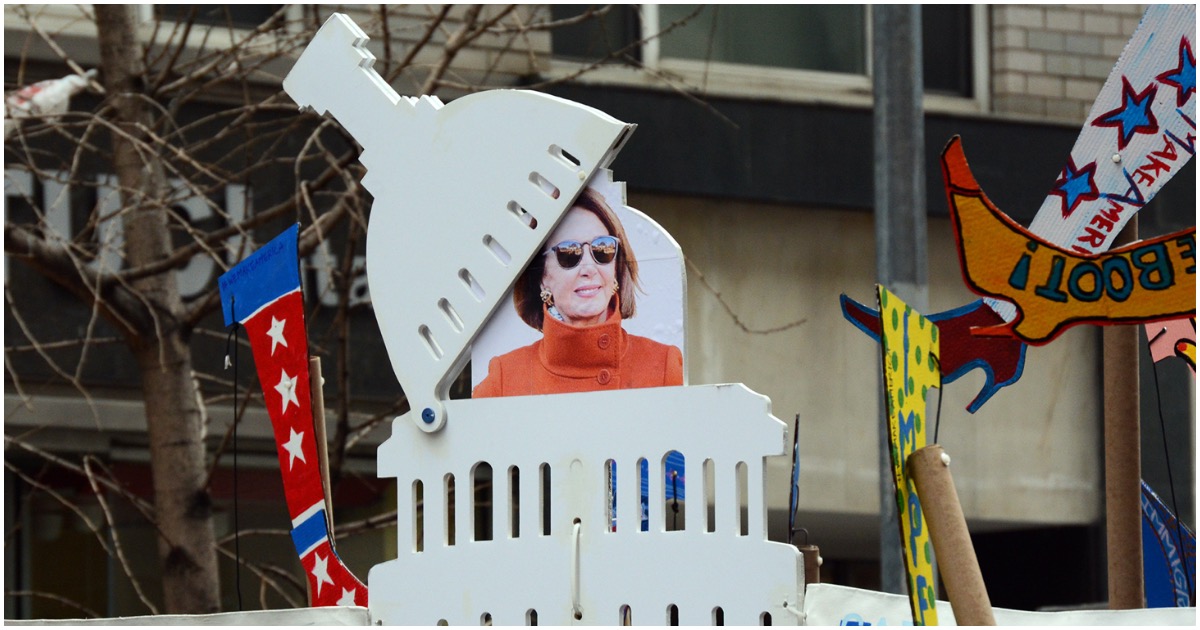 The following article, ICYMI: Pelosi Says Dems Will Investigate Other Cases Against Trump With Eye On Impeachment, was first published on Flag And Cross.

Impeachment failed just as everyone in America knew it would. Democrats just wanted to put on a spectacle in an attempt to paint President Trump as an evil monster who has no business leading the country, despite ample evidence showing his administration has performed extraordinarily well.

The 116th Congress will not be remembered in a positive light, that much is almost certain. And yet, still, Nancy Pelosi and her ilk will continue to try and kick POTUS out of office before November’s general election.

I hope they try this again. It will ensure the absolute destruction of the Socialist Democratic Party in 2020.

Don't worry, America. Eventually they'll get around to passing legislation to deal with the problems facing this country.

Continue reading: ICYMI: Pelosi Says Dems Will Investigate Other Cases Against Trump With Eye On Impeachment ...

How about we investigate Pelosi,lets see if she used her office to enrich her and her husband,lets take a look at her Visa deal,I mean how do you make ever one hundred million bucks in politics,I’ve read about some of her crooked dealings,why want they look at these things,when will the politicians stop watching each others back,it is obvious that they are corrupt and rotten as Hell.