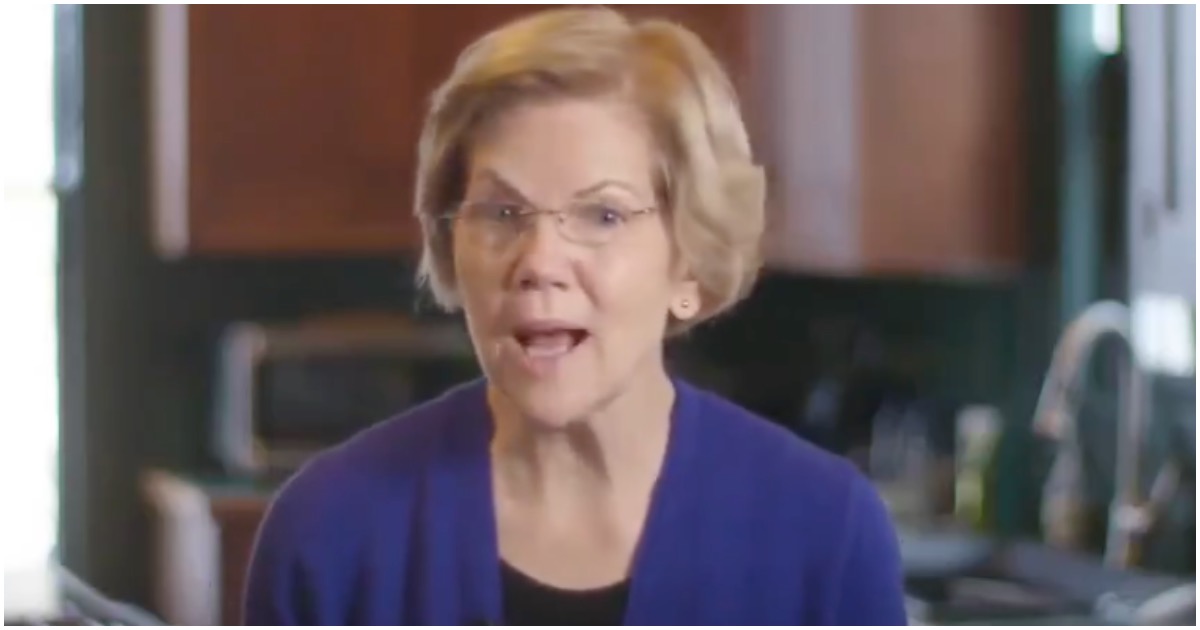 The following article, Warren Records Video Saying 2020 Campaign Needs A Lot of Cash or Won’t Be Around Much Longer, was first published on Flag And Cross.

Joe Biden’s 2020 presidential campaign can’t be too far from calling it quits, giving his disastrous performances in Iowa and New Hampshire. Now, it looks like Elizabeth Warren’s campaign may soon go the way of Kamala Harris’s and Eric Swalwell’s.

The top dogs vying for the Democrat nomination are Bernie Sanders and Pete Buttigieg. That much is clear. Everyone else is merely fighting for third place, at this point.

Warren released a video on Thursday begging for an influx of cash.

Elizabeth Warren records video telling supporters "I need to level with you: Our movement needs to raise critical funds so I can remain competitive in this race through Super Tuesday." pic.twitter.com/RdKeP2wNxU

More on Warren, from Fox News:

Maybe she hopes to get a few delegates she can exchange for a Cabinet job if a Democrat wins. Maybe she wants to sabotage Bernie Sanders because he’s a sexist by siphoning votes from him. Or maybe she just likes traveling around giving speeches with lots of servants around her, flying on private planes, which she loves to do.

But one thing for certain: Warren is not running for president because she thinks she can become president – because she can’t. Despite that, in her non-concession speech Tuesday night — and this is very telling — Warren bragged about taking half the bank account of a broke college student to finance her doomed ambitions.

Warren needs her uninformed fanbase to know that white people are the enemy. Of course, Warren, herself, is white – which makes this a lot funnier. But still, the point was made: whitey is bad.

equality is when the circles representing billionaires are racially diverse pic.twitter.com/aatBp4Qh4B

I'm starting to wonder if Elizabeth Warren's staff secretly hate her and are sabotaging this dying campaign https://t.co/rG8WdMU9iW

Shahid Khan is worth $7 billion+, owns the Jacksonville Jaguars, and is among the top 100 wealthiest people in the US. Why is the Warren campaign is calling him "white"? pic.twitter.com/Ty0gC20vJf

After this tweet, looks like Elizabeth Warren's campaign took down the infographic depicting Asian American billionaires as "white." Its no longer on her "wealth gap" website. https://t.co/jd7BxHeyTo

Continue reading: Warren Records Video Saying 2020 Campaign Needs A Lot of Cash or Won’t Be Around Much Longer ...