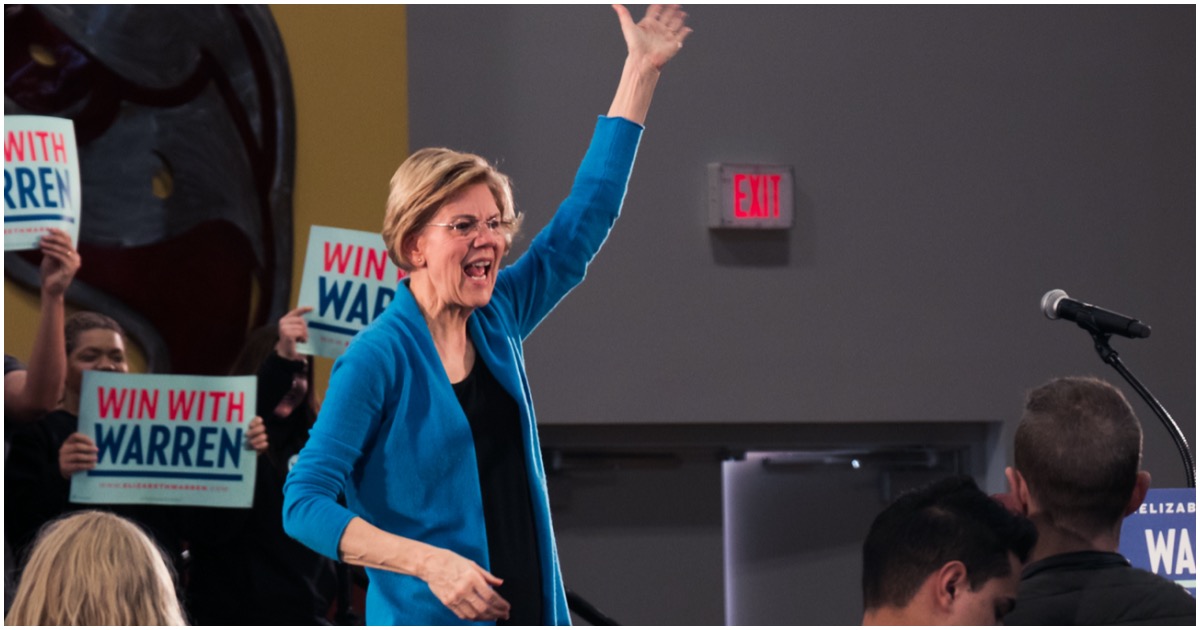 While the country may not have to suffer through Elizabeth Warren’s 2020 presidential campaign for too much longer, she’ll still be working against America as a member of the Senate. Ultimately, it’s better to have her in the upper chamber than in the Oval Office. Most people would people agree on that.

Instead of being a reasonable person who understands that President Trump and Attorney General Bill Barr are doing right by the nation, Warren has decided to call for the impeachment of the AG. In other words, this woman has TDS to the max.

Sen. Elizabeth Warren (D-Mass.) on Wednesday called for Attorney General William Barr to resign in light of the Department of Justice’s (DOJ) move to ask for a shorter prison sentence for Roger Stone, a longtime ally of President Trump.

She also cited her plan to create an independent DOJ task force if she’s elected president that would investigate alleged crimes by Trump administration officials. She urged other Democratic presidential candidates to commit to a similar plan.

Donald Trump is shredding the rule of law in this country. His AG overruled career prosecutors to reduce the sentence for his buddy Roger Stone after Stone committed crimes to protect him. Every Republican who voted to acquit Trump for his corrupt actions enabled and owns this.

Donald Trump can continue his corrupt rampages and vendettas because elected Republicans do nothing. They lack the courage and backbone shown by four career prosecutors who stepped down rather than facilitate the Attorney General’s corrupt scheme. But we are not powerless.

Congress must act immediately to rein in our lawless Attorney General. Barr should resign or face impeachment. And Congress should use spending power to defund the AG’s authority to interfere with anything that affects Trump, his friends, or his elections.

I am the only candidate to propose an independent DOJ task force to investigate crimes by Trump administration officials. Every Democratic candidate must commit to it—so Trump officials know they will be held accountable by career prosecutors once he is out of office.

Abusing official power to protect political friends and attack opponents is common in authoritarian regimes like Putin’s Russia. Trump and Barr’s conduct has no place in our democracy. To end it, Congress must act—and the American people must hold them accountable in November.

It’s as if Warren and her liberal peers don’t understand anything about America in the slightest, but are 100% determined to tear her down simply because.

Democrat presidential candidate Elizabeth Warren responded to the heroic actions of the man who stopped the church shooting in Texas on Sunday by announcing that she would not support universal conceal carry even if the person had to be vetted by the government and obtain licensing.

An audience member brings up the Texas church hero while at an Elizabeth Warren event, asks, “Will you support a universal conceal carry law for everyone in the country who’s willing to be licensed and checked by the government?”

No matter what Trump does, he draws an audience. Whether he was a candidate for president or not, Trump brings the ratings and grabs the eyeballs.

The bottom line is that people want to know what he’ll say next because he’s talking about improving America.

The Trump campaign has never needed seat-fillers to pack small venues, unlike Joe Biden and other Democrats.

And Trump supporters certainly aren’t being paid to show up to events, either.

Ultimately, this is exactly how you know Warren will never be president.

Not only is she not likable but she’s simply a bore. Nobody cares what she has to say. Not even her supporters.