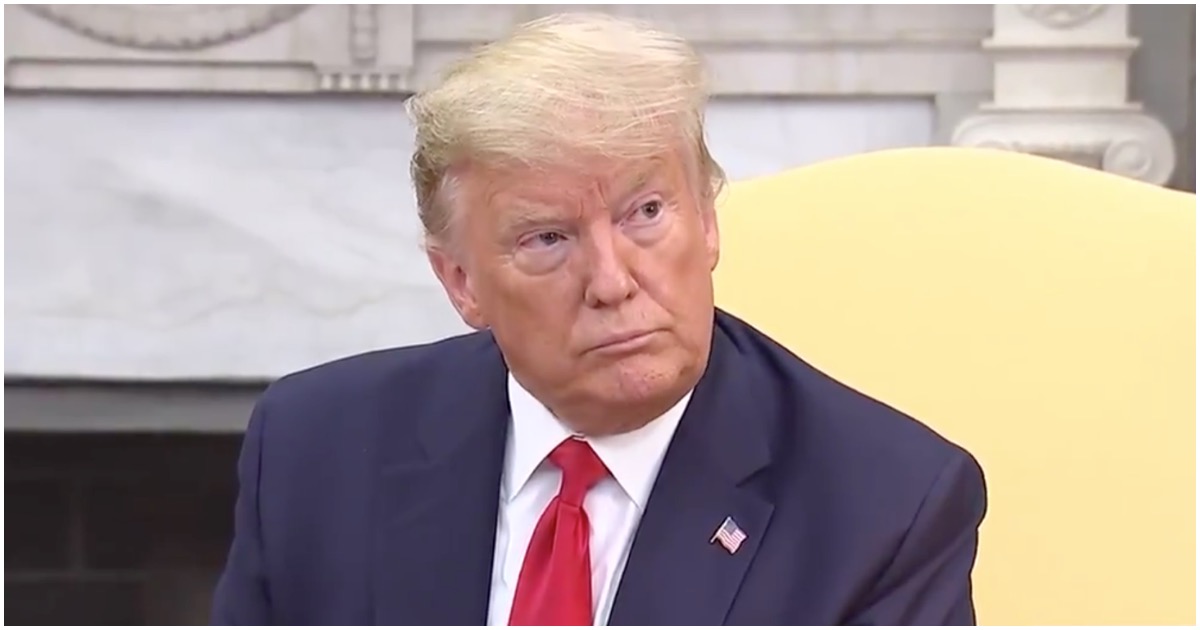 The following article, Trump Reveals Lesson He Learned From Impeachment: Dems Are ‘Crooked’ & ‘Vicious’ (Watch), was first published on Flag And Cross.

Everyone and their mother knew from that start that Democrats were looking to impeach President Trump simply for the sake of impeaching President Trump. They felt their hatred for the man was Constitutionally valid. That didn’t work out so well.

Trump was asked by a reporter, “Lisa Murkowski earlier said that you shouldn’t have gotten involved with the Roger Stone case, she said it’s just bad. Some Republicans have said they hoped you would learn a lesson from impeachment. What lesson did you learn from impeachment?”

He fired back, “That the Democrats are crooked, they’ve got a lot of crooked things going, that they’re vicious, that they shouldn’t have brought impeachment and that my poll numbers are 10 points higher because of fake news like NBC, which reports that news very inaccurately, probably more inaccurately than CNN if that’s possible.”

Q: What lesson did you learn from impeachment?"

President Trump: "That Democrats are crooked… That they’re vicious. That they shouldn't have brought impeachment and my poll numbers are 10 points higher because of fake news."

That is the correct response.

That is what I love from Trump.

I learned the same lesson. I am not making excuses for that corrupt party any longer.

THAT‘S MY PREZ! Throw their garbage right back in their #LiberalHack faces!

Just reinforced what we all knew.

He's kidding. He knew that long before the impeachment shenanigans.

I love him more every day.

What's amazing is Trump is now punching back and the smackdown is finally coming.

I love it that he does not back down to media bullshit. He didn’t need to learn anything. He did nothing wrong.

Best line of the day.

I LOVE how blunt he is

According to Nancy Pelosi, even if the Senate votes to acquit Trump, which they did, POTUS still “will not be acquitted.”

What could that mean? Dems are set to impeach in the House again, already? What a headache.

The President should have known that before he was elected.

The President must have figured out that the dem politicians were corrupt and had a un-American agenda prior to the election as he chose to be on the Republican side but must not have realized just how corrupt. The dems have shown America that they would rather destroy America with their socialistic/communism ideas than have the country regain it’s greatness. Time for Americans to remove the dem agenda from our country in the 2020 election.