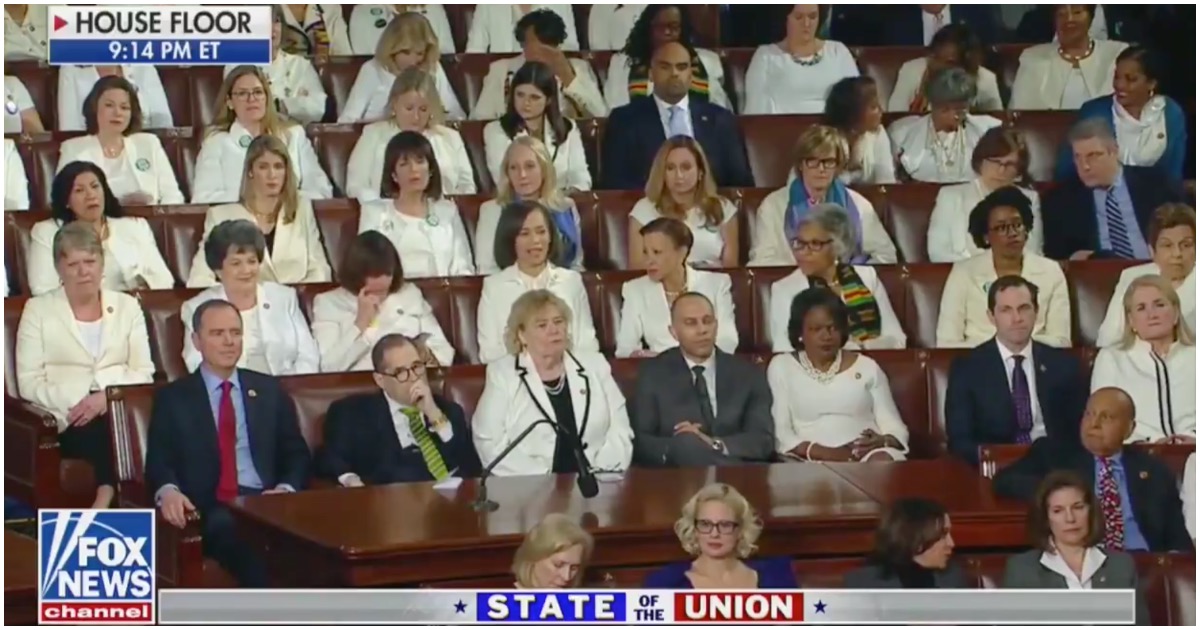 It was quite stunning to watch Democrats remain seated as President Trump listed all the good things he has accomplished since first assuming office on January 20, 2017. Unlike with Barack Obama, there is verifiable evidence to support Trump’s feats.

But Dems don’t care. They need their uninformed voters to visibly see that they are going against everything Trump stands for – even if what he’s doing is making America a better place in every major category.

What a sad sight.

Democrat members of the House and Senate largely refused to celebrate the Trump administration’s economic successes for minority communities and women on Tuesday night during President Donald Trump’s State of the Union Address.

Trump said, “Since my election, we have created 7 million new jobs — 5 million more than Government experts projected during the previous administration. The unemployment rate is the lowest in over half a century.”

Here’s where a lot of Dems refused to acknowledge a little black girl, via Daily Wire:

Numerous Democrats appeared to not celebrate a fourth-grade black girl who received a scholarship on Tuesday night from President Donald Trump during the State of the Union Address.

A majority of Democrats remain seated without applause when Trump announces a scholarship for a 9-year-old child. #SOTU

Another stunning but unsurprising moment from Democrats during the #SOTU.

More scenes and reactions from the SOTU:

Pelosi has disgraced herself, her office, and the House yet again. Her antics throughout the speech, and her drama thereafter, further expose her as a classless political hack.

The President surprises a military wife and children with the return of her husband and father after a 4th tour in Afghanistan in the middle of the #SOTU pic.twitter.com/e8Fcxuj70Y